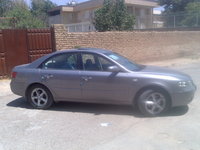 The Sonata was relaunched last year as an all-new model, and Hyundai has added even more features that give the car great bang for the buck. 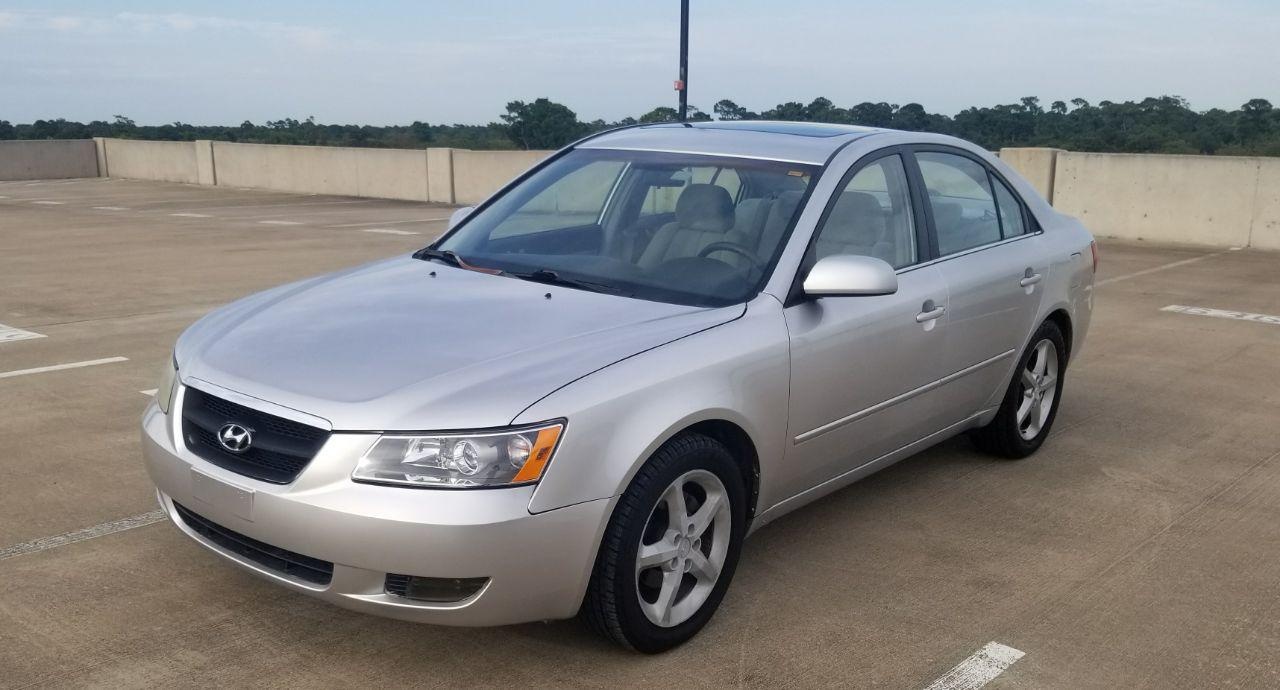 The Sonata hasn’t quite been on the same level as the well established and very popular competition from Honda and Toyota, but the redesign Hyundai rolled out last year has all but completely leveled the playing field. The car is offered with two engines, three trims, and two transmission choices, meaning there’s a Sonata for nearly any buyer. 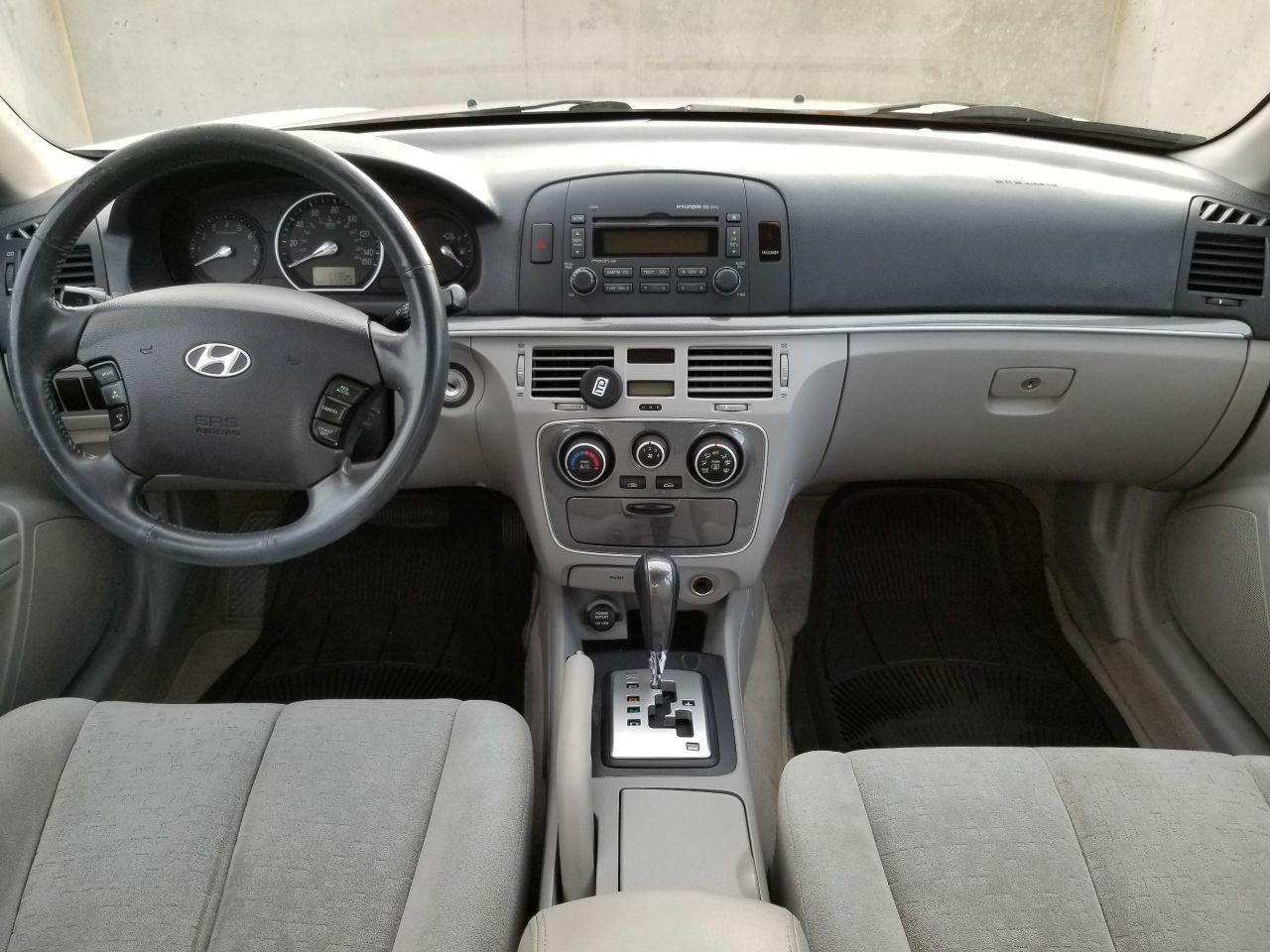 The first-generation Sonata left Hyundai’s factories with a rounded, almost bulbous look that was as awkward as it was boring. The 2006 redesign netted a completely new car with smooth lines and a grown-up feel. In higher trims, the Sonata benefits from larger 17-inch wheels that give it an almost muscular and sporty look. Around back, the simple but attractive design continues with large taillights and a tasteful absence of huge logos and text.

The same theme that defines the Sonata’s exterior continues inside. The dash and center stack are uncluttered, and the layout of buttons and controls puts everything within reach of the driver. Passengers in the spartan back seat are treated to a flat but comfortable bench and not much else. Rear headroom is generous, thanks to a gently sloping roofline and legroom is more than acceptable for all but the tallest adults. 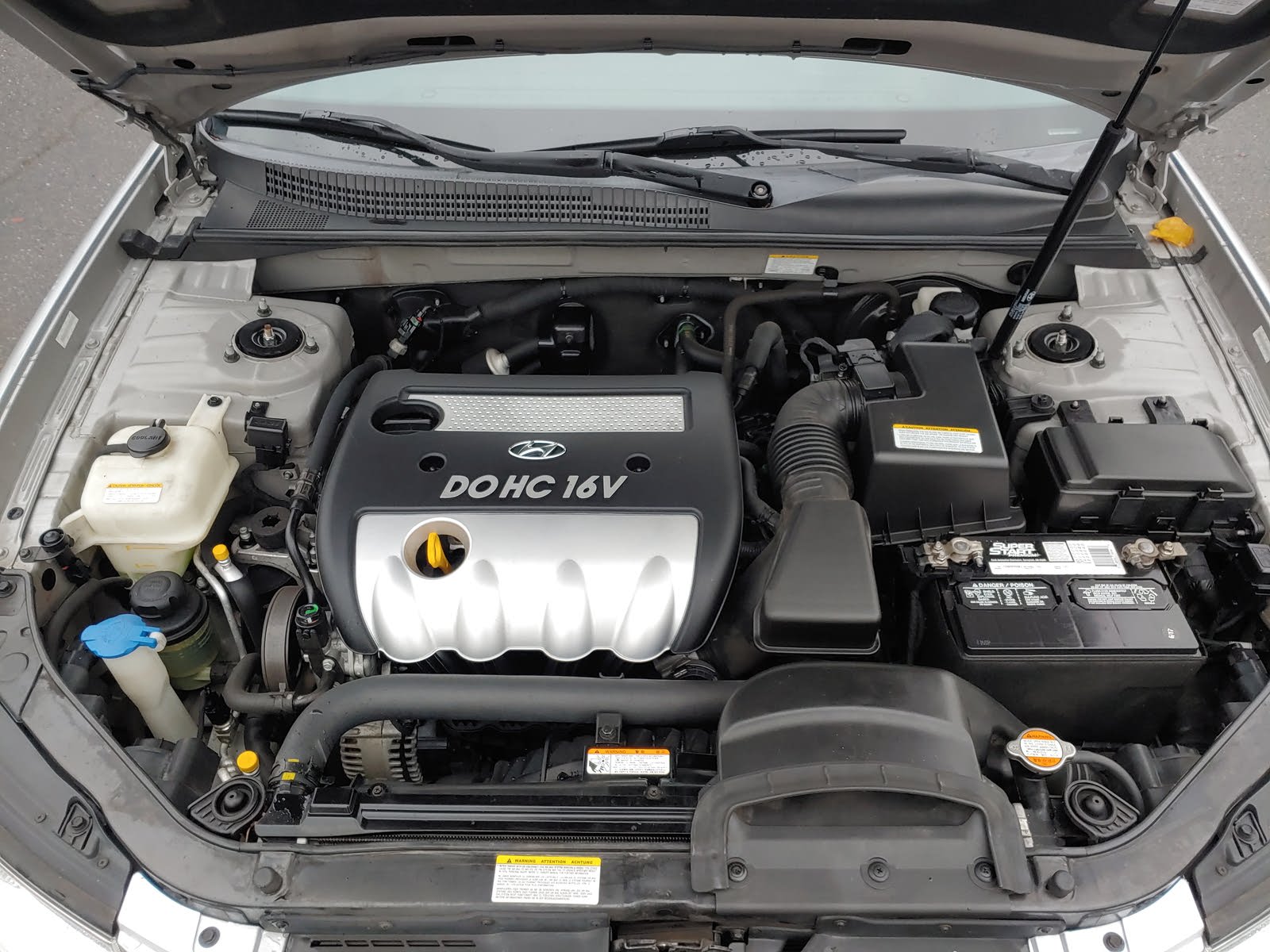 Hyundai's cars haven’t traditionally offered the most exciting driving experience, and while the Sonata isn’t a thrill ride, it’s got more than enough power to leave an impression. The 2.4-liter inline-4 delivers 162 horsepower to the front wheels through either a 5-speed manual or a 4-speed automatic. That doesn’t sound like a lot of power, and it isn’t, but it’s enough to get the Sonata moving quickly when necessary. The manual gearbox’s shifts are crisp and solid, but the throw is a bit too long to give the car a truly sporty feel.

The larger and more powerful 3.3-liter V6 produces 234 hp and 226 pound-feet of torque through a 5-speed automatic gearbox. Hyundai says the Sonata will do 0-60 mph in 7.5 seconds with the V6 on board, which is more than quick enough for a family sedan. The 5-speed automatic is responsive and works well around town, where stop-and-go traffic can sometimes cause stutters.

The Sonata handles competently but is less refined and controlled than the Honda Accord and Toyota Camry. There’s more body roll and movement than in the other two cars, but steering and braking are both direct and inspire confidence. Rough pavement gives the Sonata a hard time, especially with the larger wheels and tires that come with higher trim levels. Even small bumps and knocks make their way into the cabin, which can make for a busy and annoying ride on some road surfaces. 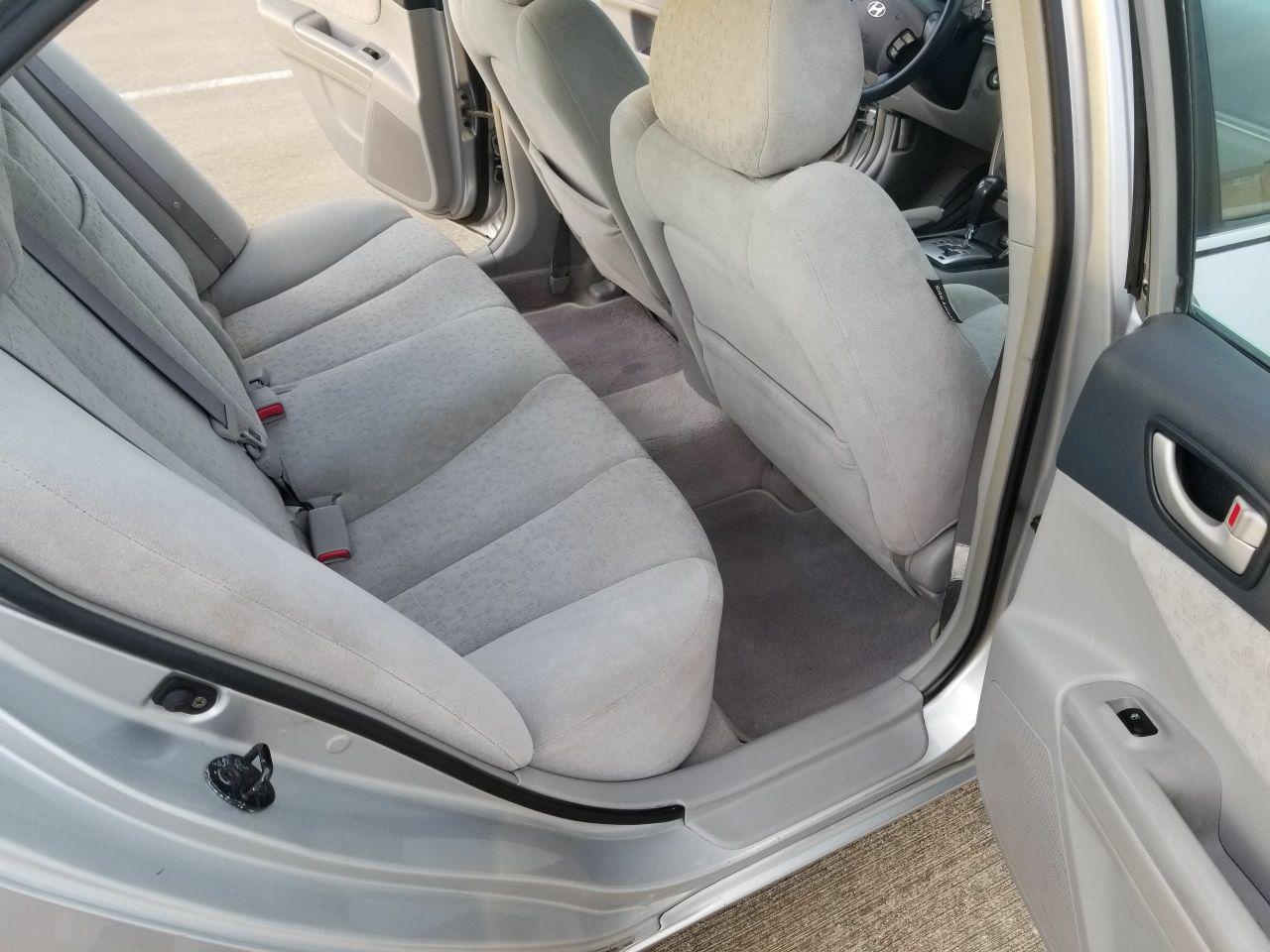 The new Sonata looks and feels more expensive than it is, and it represents a big leap forward for the model in terms of construction and materials quality. Hyundai has been hard at work, trying to shed its budget brand image and the Sonata’s interior is a great showcase of those efforts. There are still more cheap-feeling plastics than what can be found in an Accord or a Camry, but the majority of surfaces in the Sonata’s cabin feel premium and are attractively finished.

The center stack features a stereo system that has been integrated into the dash, which gives a cohesive and tidy look to the cabin. Outward visibility is good in nearly every direction, but wide C-pillars obstruct blind spot views in some situations. 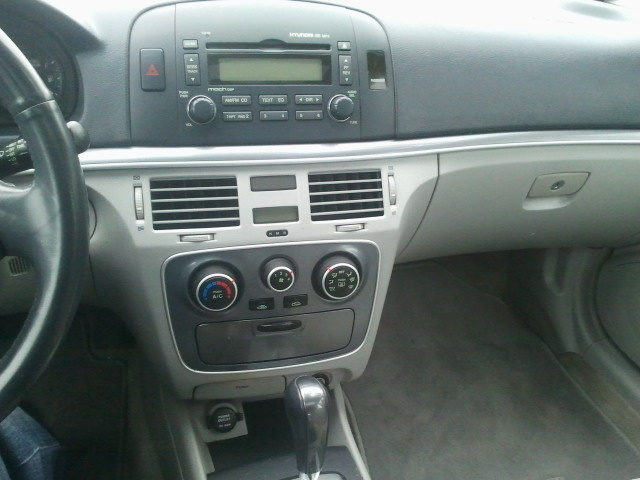 The Sonata is well equipped in all trim levels from a tech perspective. Even the base GLS trim comes with XM Satellite Radio and an AM/FM/CD/MP3 audio system with six speakers. Stepping up one trim level to the SE brings the ability to add an optional CD changer, an MP3 player, and a subwoofer with amplifier. The Limited trim can be equipped with an Ultimate Package, which for $1,750 includes a power/tilt sunroof and an Infinity audio system with six speakers, a subwoofer, and a component amplifier. 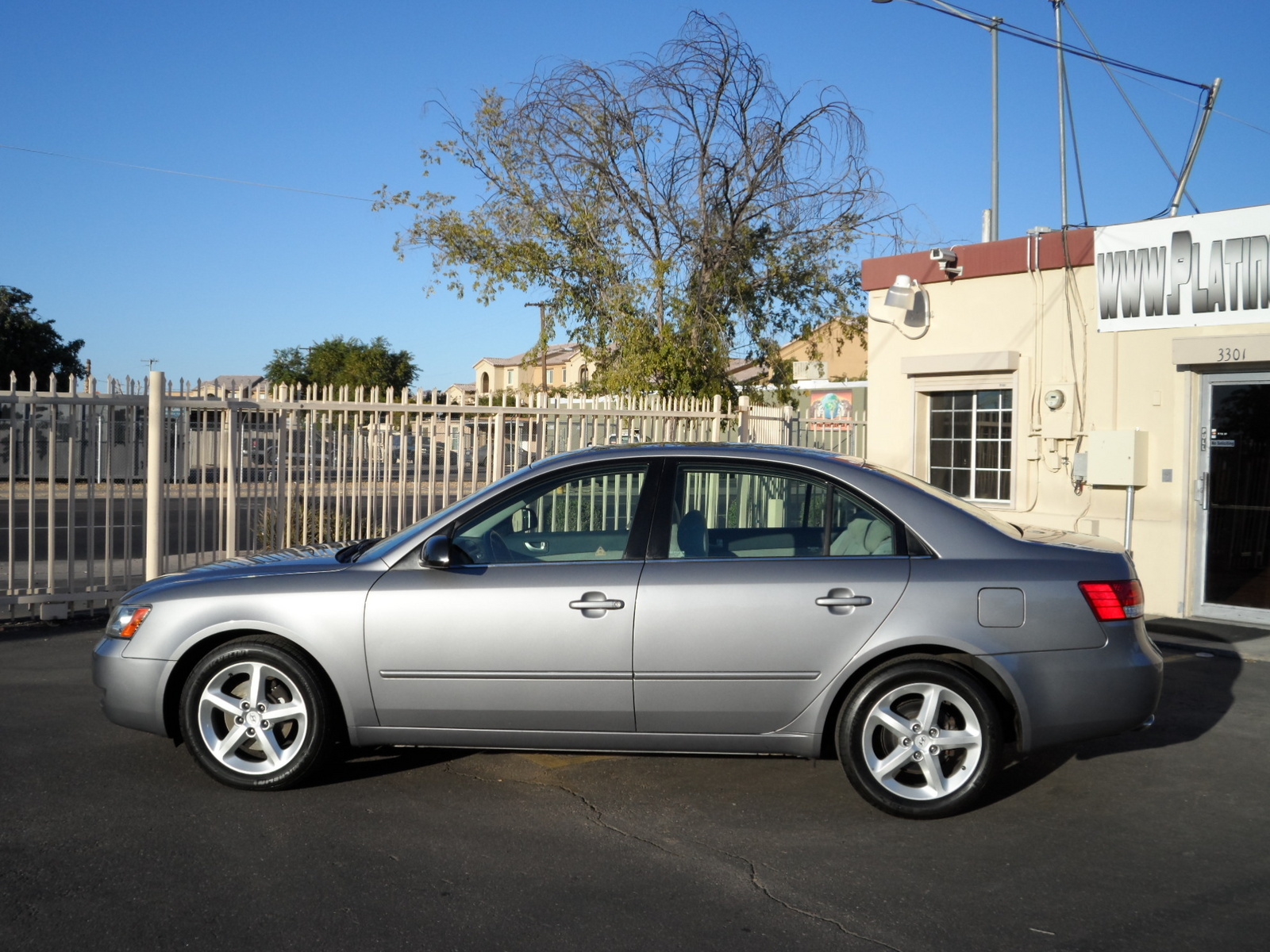 The Sonata landed mixed results in crash testing by the Insurance Institute for Highway Safety (IIHS). Front crashworthiness and the head restraints/seats were rated as Good, but side crashworthiness only earned an Acceptable rating. Roof strength was rated as Marginal. The National Highway Traffic Safety Administration (NHTSA) rated the Sonata five stars in all categories except rollover safety, which earned four. 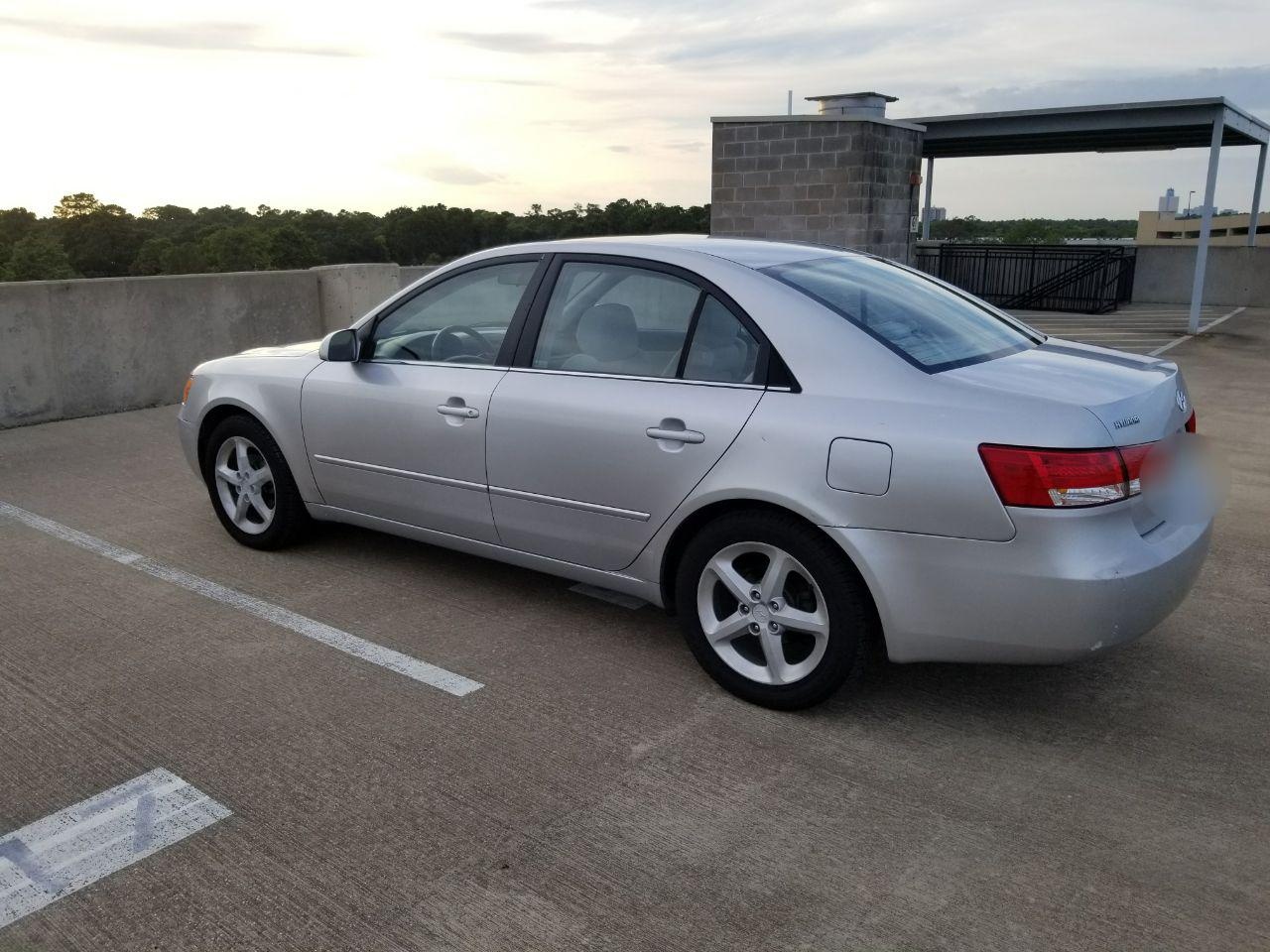 The Sonata is quite well equipped in its base trim level, and its price sweetens the deal even more. The GLS starts at $17,195, and though many people will opt for the optional automatic transmission, that drives the price up by only $1,100. The SE trim steps up to the powerful V6 engine and opens up a long list of available features for just $20,995. Buyers willing to shell out an extra $2,000 on top of the SE’s price tag can nab the Sonata Limited, which brings nearly all of the goodies Hyundai could stuff into the car.

What's your take on the 2007 Hyundai Sonata?

summergirl626 Car was fine until 31K miles. Had to replace original tires, purchased Falken 65K mile rated tires,and they were all bald by 55K miles. Fuel pump went at 41K miles and today at 55K miles the purge control valve is being replaced. Tried to put gas in an empty gas tank and it kept shutting the pump off. Hoped to keep this car for many years, but now having 2nd thoughts. Being on a tight budget is the only thing preventing me from going back to American cars. This is my first and last foreign car. Not a happy camper today. Lug nuts get stripped every other oil change and when I bought the 2nd set of tires, the bolt broke when the tech attempted to get the nut off the wheel. Wheels are completely rusted and rust shows through wheel covers, very unsightly.

Users ranked 2007 Hyundai Sonata against other cars which they drove/owned. Each ranking was based on 9 categories. Here is the summary of top rankings.

Have you driven a 2007 Hyundai Sonata?
Rank This Car

Key Will Not Turn

Is The 2.4 Liter Engine An Interference Engine And Does It Have A Timing Be...

car will not start but the starter motor is turning the engine over.