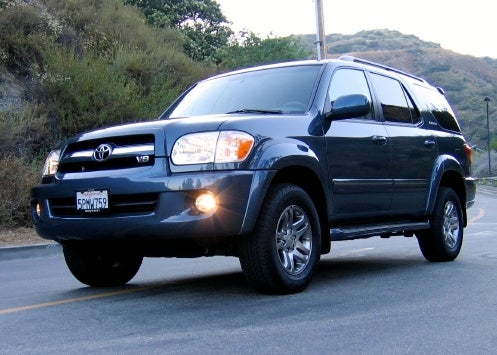 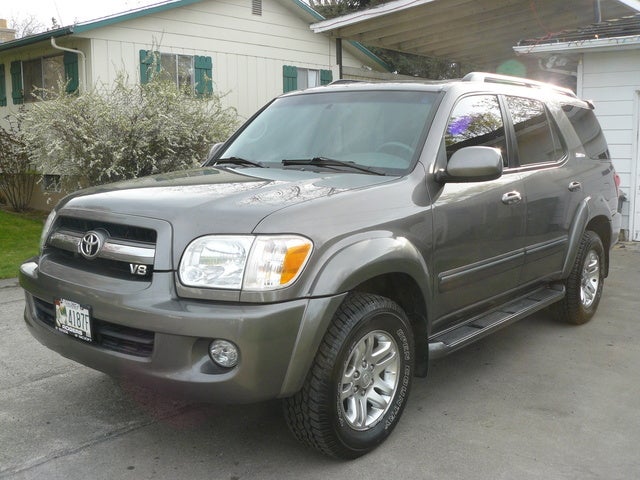 The Toyota Sequoia did not see any significant changes for 2006.

The 2006 Sequoia is available in two trims, the SR5 and the Limited. The Limited is the more luxurious version, with leather seating, front and rear air conditioning, and an upgraded stereo. Both share a 4.7-liter, 282 power V8, and both are available as a two or four-wheel drive. Not surprisingly, fuel economy is 15/18 mpg.

Like the Land Cruiser, Sequoia is quite massive, at 203 inches long, 73 inches tall, and 79 inches wide. There have been few changes since its 2000 introduction, and an entirely new version is still a couple of years away. All Sequoias use the same engine, but two different trims and drive trains are available.

Drivers like the 2006 Toyota Sequoia for its cargo and passenger capacity, car-like handling, and Toyota reliability. Drivers complain about the poor gas mileage, which isnÃ¢Â?Â?t a surprise given the size of the car and the engine. Drivers also complain about a large blind spot.

What's your take on the 2006 Toyota Sequoia?

Have you driven a 2006 Toyota Sequoia?
Rank This Car

I'm having no luck finding aftermarket projector headlights for my 06 Sequoia. Are any of the Tundra headlights compatible?

The Type Of Phone

How Much I Need To Pay As Maximum For Toyota Sequoia Limited 2008 But With ...

158 views with 2 answers (last answer about a year ago)

job done on on 4 bent valves on drivers side of Toyota sequoia 2006. Is it lifters? Shop that did work says it's nothing. I have been battling with them. I feel something major is wrong. Any advice...

Sequoia 4hi and center differential lock indicator lights flashing. What does this mean?