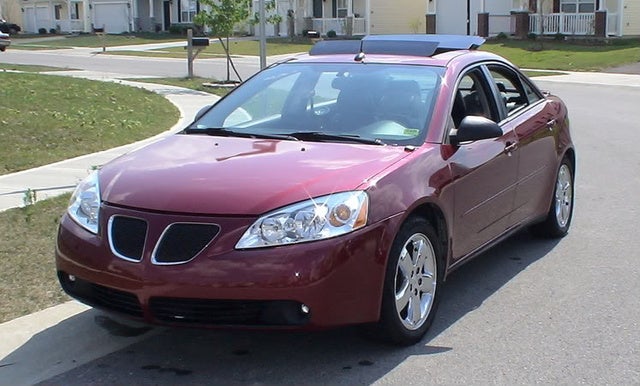 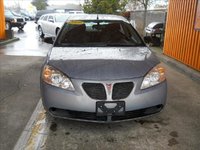 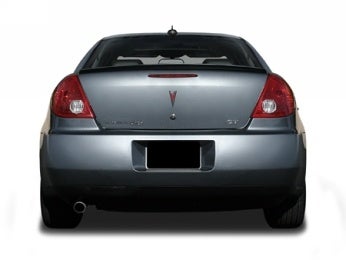 You get a car! You get a car! You get a car! Sound familiar? Oprah's big audience giveaway signaled the real introduction of the new 2005 Pontiac G6 to the consumer market. Looking to get back to is performance car roots, Pontiac had recently gone through some a new design philosophy for its current models. The 2005 G6 sports sedan was a replacement for the Grand Am and used a similar platform, but with a lot more European influence in its style, interior luxury features, and the newly developed stiffer Epsilon frame.

It was offered as a base model and a GT, though both had the same 3.5-liter, 200-hp V6 matched with a 4-speed automatic transmission with manual shift mode. The GT added standard ABS brakes, a sports suspension, integrated rear spoiler, 17-inch wheels, and more widely adjustable front seats. A longer wheelbase meant more stable handling and a little more rear passenger room, though sunroof owners will notice a definite decrease in headroom. The 2005 G6 offers either a traditional sunroof or the new Panoramic roof, which features four panels that fold up accordion style, creating a unique exterior add-on. The Panoramic roof is a big hit and can be opened in four stages.
Inside, the 2005 G6 is more understated than past Pontiacs, and even the base includes cruise control, air conditioning, remote etnry, a driver's information center, and power windows and locks. The rear seats fold flat for more cargo room. So far, a lot of G6 owners like its power and acceleration, as well as the way it handles curves. The interior is comfortable for a family, and all the standard features are highly touted, particularly the remote start in the GT. Gas mileage is also a perk. Negatives include the limited headroom in the back, a small trunk, and a cheap plastic interior. The Panoramic sunroof tends to rattle a lot, and many G6 owners report their car has seen a lot of visits to the mechanic.

Where Does The Transmission Fluid Go On A 2005 Pontiac G6?

I can't find the reservoir for putting in power steering fluid for my Pontiac G6 GT, 2005.

492 views with 6 answers (last answer about a year ago)

my key will not come out of the ignition what causes this?