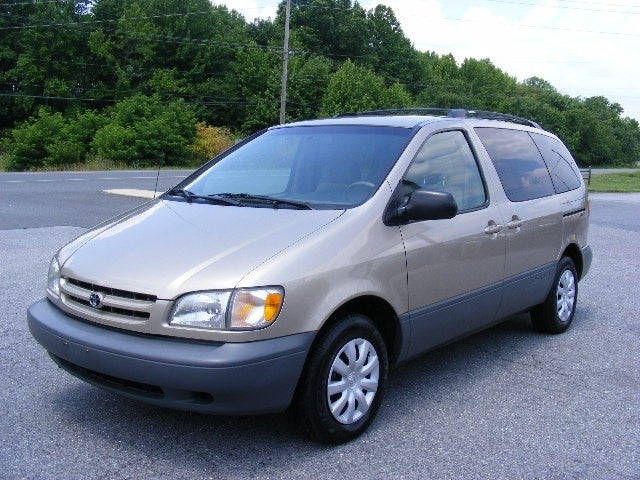 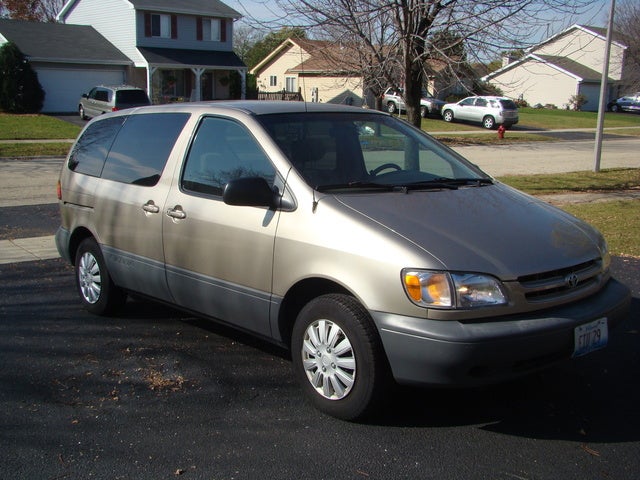 The 2000 Toyota Sienna saw very few changes from the previous model year. New additions did include an upgraded sound system and the availability of a sports package on the higher-level trims.

The 2000 Sienna came in three trim levels: the base CE, the midrange LE, and the high-end XLE. The CE is for minimalists only, with air conditioning, power windows, power locks, and a cassette player all optional. The LE is better equipped, and the XLE includes luxury-like amenities, such as leather trimmed seating and a power moon roof. All models but the CE come standard with a second sliding door. The engine is a 3.0 liter, 194 horsepower V6 that gets about 18/24 mpg.

Drivers like the Sienna for its car-like handling and Toyota reliability. Many drivers wish the 2000 Sienna had more cargo space, or at least that the rear seats would fold down all the way.

Have you driven a 2000 Toyota Sienna?
Rank This Car

2000 Sienna acceleration problem.This only happens when at, or very near to, a complete stop. When beginning to accelerate the engine surges, adds about 1000-1200 rpm till the van goes about 20 feet...

96 views with 1 answer (last answer about a year ago)

I Broke My Key And Need To Disable Locks

Where would I disabled my locks and is it the same fuse for window? I broke my key to the ignition and no spare

While Rotating The Tires Of Our Van, A Stud Was Snapped On The Left Rear Wh...

While having the tires of our van rotated by a local dealership, a stud was snapped on the left rear wheel. The mechanic said he had to wait a day for the replacement part to come in, but the car was ...