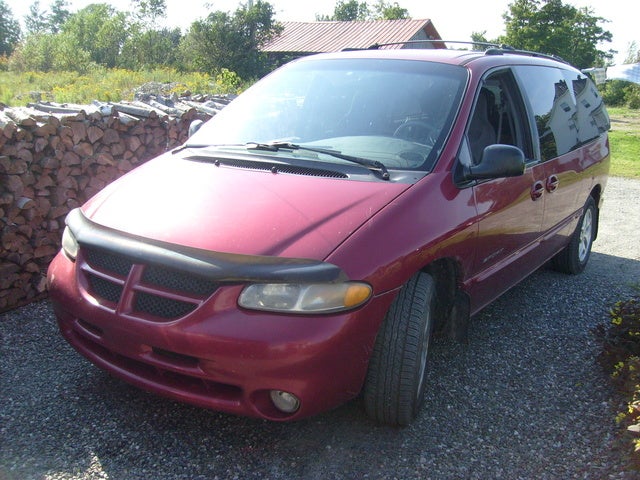 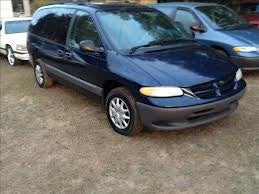 The 1999 Grand Caravan got a minor facelift on its front end, with a body-colored grille. Inside, a cargo net between the front seats added yet another storage option. In 1999, the ES trims were the first minivan to feature the new AutoStick transmission auto/manual transmission and 17-inch wheels. Also new for the ES in 1999 was a Sports package, previously only offered with the SE trim. It featured a redesigned honeycomb grills, foglights, and a rear spoiler.

For a minivan, the Grand Caravan had pretty good pickup, definitely necessary for hauling big loads or seven heavy passengers. The Grand Caravan SE, and LE models came standard with the 3.3-liter, 158-hp V6 engine, while the ES came with the 3.8-liter, 180-hp V6. All AWD models featured the 3.8 V6.

The Grand Caravan claims to offer the most interior space of any minivan or SUV in its class, and at 18/24 mpg, it also gets better gas mileage than SUVs. Plenty of legroom for seven, easy roll-out seats, and the convenient sliding doors on both sides of the van are highly touted by drivers. Dodge's repair history is the single consistent sore spot on the Grand Caravan's record.

What's your take on the 1999 Dodge Grand Caravan?

Have you driven a 1999 Dodge Grand Caravan?
Rank This Car

How Far Can I Get With This Tire?

How long can I drive with the tire like this?

My husband power washed the Engine in our 1999 Dodge Grand Caravan and now the cooling fans won't shut off. It has been 3 days now and we still have to disconnected the battery Everytime we shut o...

Looking For Timing Chain Replacement Tutorial Film Where Might I Find One?

My parking lights on my 1999 dodge grand caravan stay on all the time even turning main switch off, which already replaced twice.

What Is The Average Lifespan Of An Engine In A 99 Dodge Grand Caravan, Spor...

My timing chain went out and 7 out of 10 mechanics said to get a new ebgine put in because it has a little over three hundred thousand miles on it. I dont want to fix the timing chain if it only ...