Show room was nice and clean a little disappointed since there was no water. Sales person met us early but wasn’t able to detail the car for us to view.

Very professional people with presentable vehicles on their lot. I purchased vehicle from them and totally satisfied with everything. Thanks to Mr Chang Ching and Mr Jay Shin 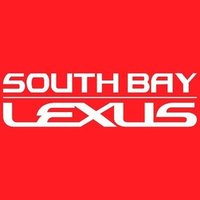 Mark is super helpful. On phone and person. No pressure and willing to answer all questions until satisfied.

Good Experience. No pressure and straight forward. I was in and out of there with the car I wanted in about an hour. I recommend these guys if your looking for a pre owned BMW.

Amazing. Mark made everything so easy!

Friendly and helpful. Unfortunately, the vehicle did not have all the packages I sought.

Mark, Steve and Roger were all very friendly and helpful. I love my new car!

Bryan Villatoro at Center BMW has been extremely helpful and knowledgeable. Looking forward to completing the process with him soon

It was great. Out first contact, Jordan, made sure we were taken care of from the minute we got to the dealer until we bought the car and left. Very satisfied with the process, but the dealer took a bit long.

Third BMW and the first time I felt like the salesperson really took care of me. I bought a newer and more expensive model i3 and know I got a great car at a great price. Props to Bryan on their sales team for negotiating all of my requests. Great guy!

Dealer quick to reply to my request. I like that!

Amazing service, from start to finish Bishoy took care of all of our needs! He was awesome to work with never losing his cool and only providing the best customer service. Ask for Bishoy!

Wyland is a great salesman I will be back to visit him soon!

Great contact, polite and informative answers to my questions re price, I just decided to get a different brand of automobile

Very responsive and timely to my requests. Unfortunately we could not come together on price.

Exelent service, and the way to help you was great

The contact me, but the back and forth was very slow. It took nearly a week to get a response. And I still haven't gotten answers to the questions I asked days ago

They responded to my email and asked if they could assist me.

The representative was very responsive on all questions as it relates to certain vehicles they have in inventory.

They were quick to reply.

This dealer does not negotiate prices! They add unsolicited cost of some coating weather you wanted or not.

Everything went perfectly. Manager met us on a Sunday and let us take the car for a ride. Contacted our sales lady and let her know and asked for a bottom line $ amount. She gave that to us and I said let us know when we can get together. She had the car held for us and we met up on Monday and closed the deal. So simple and everyone was very helpful and friendly. A great experience

Spoke with salesman over the phone regarding preowned X5. Was vey courteous. The vehicle was not M sport package as shown on Car Gurus therefore price was not worth it.

I was going to buy a car and i told them i would be there for the money on the next day, they didn’t care at all and sold it to someone else that same day.

Very helpful, clear information about the car an the pricing.

Rude sales lady contacted me. Once I mentioned I needed the car shipped she ended the conversation.

Great overall experience. Neil DeLasAlas was extremely professional and a real pleasure to work with.

Excellent. Todd is on the ball

I was dreaming so far about the California Beemers, I talked with 3 guys all of them very nice persons, and a nice guy His name Todd give me the address as soon be there drive the car and to buy the Honda Accord LX. I give this place and the people a 150% Excellent Attention and Information.

They Would not give quote. After I purchased elsewhere they contacted me and said I got a bad deal because there was a 12 k incentive I should of received. Unbelievable!

Sahar went above and beyond to help me. Though, I didn't buy a car, her customer service was great. Thank you

Overall really good experience. Zas and his assistant were friendly and helpful, the guy in the finance department was also. We went in wanting a certain car and we got it for the price that was listed online. No additional fees only asked if we wanted to add on warranties. Overall I would recommend this dealer.

Blake and Jesse are super professional and helpful!

BMW first entered the crossover game in 2000, with its first-generation X5. Unlike others, it promised sports-car-like handling with increased ground clearance and light off-road prowess. That is a mantra that has held up over the years, as a larger second-generation X5 was released in 2007, and then a third in 2014. For 2018, the fourth-generation BMW X5 enters its fifth year on the market without a major refresh and minimal updates.

Although it is known as a crossover, BMW refers to the X5 as a Sports Activity Vehicle, or SAV, and that’s evidenced by its athletic styling and powerful engines. All four of its trims, 35i, 35d, 40e iPerformance, and 50i, feature drivetrains that are optimized toward on-road performance. The first of these, 35i, brings a turbocharged inline 6-cylinder engine. Unlike all of the other trims, rear-wheel-drive (sDrive in BMW parlance) is standard, while all-wheel-drive (xDrive) is an extra-cost option.

The 50i is the performance variant, showcasing a twin-turbocharged 8-cylinder that shaves the 0 to 60 mph time down to a sports-car-like 4.7 seconds, impressive for such a heavy vehicle. The 35d and 40e iPerformance are fuel-economy champions. The 35d has an inline 6-cylinder diesel with 25 mpg on the combined city, highway cycle and up to 700 miles of range between fill-ups. Lastly, the 40e iPerformance is a plug-in hybrid option that pairs a turbocharged inline 4-cylinder engine with electric propulsion for 13 miles of all-electric range and 56 miles-per-gallon-equivalent (MPGe) in electric mode or 24 mpg in hybrid mode, while still being nearly as fast as the base 35i powertrain. With all engines, the transmission is an 8-speed automatic unit. Reviewers say that the X5 performs admirably on the road in a way that defies its heft and footprint, while also noting that the suspension is firmer than those of competing crossovers.

The X5’s interior is handsome, spacious, and luxurious, with ergonomic high-tech controls, tasteful applications of satin silver and authentic wood, and a standard panoramic moonroof. The iDrive 6.0 system sits front-and-center inside of its pop-up-like display panel, and it can be manipulated by voice, touch, or the rotary controller in the center console. The basic seats are leatherette, but can be fitted with leather. BMW’s all-leather Multi-Contour seats are a worthwhile option, as they are 20-way adjustable, including headrest wings, bolster width, and thigh support. The X5 also features “monostatic” gear selector, which debuted with the 2007 X5 and quickly proliferated across the BMW lineup. It’s shaped like a video game joystick and operates like one, too, in that it always returns to center. Space-wise, the cabin is perfectly comfortable for five people, but is less so for seven with the optional third row. Unlike larger competitor models, the X5’s third-row seats are primarily for children or people of very short stature. One notable feature not seen in competitors is a split-level clamshell rear door; the X5’s powered upper tailgate can be raised and lowered separately from the lower section, which is excellent for loading groceries or actual tailgating.

For standard safety equipment, the X5 includes eight airbags and BMW Assist technology, a subscription model with roadside assistance, stolen-vehicle recovery, and automatic crash notification. The Insurance Institute for Highway Safety (IIHS) has tested the X5, but data is incomplete. Only the moderate front overlap and side categories are included, receiving top scores of Good. As far as safety aids, BMW offers a bevy of camera and radar-based systems, including blind spot monitoring, collision mitigation, lane departure warning, frontal collision warning, and pedestrian protection. With collision mitigation, the X5 can avoid or significantly decrease the severity of a collision, earning a Superior rating for front crash prevention.

BMW’s X5 was a pioneer of the athletic luxury crossover, but now finds itself in a hot, competitive category. Despite similar entrants crowding the segment, the X5 still holds its own with a magic combination of style, sport, luxury, and middle-of-the-road pricing. Favorable lease rates and 4-year, 50,000-mile warranty with included maintenance—not to mention a $4,668 maximum tax credit for the plug-in hybrid variant—make the X5 an attractive option indeed. And in keeping with BMW practices, it can be configured in a near-infinite number of ways, both styling and performance, so there is an X5 for nearly anyone’s tastes.

Top rated dealers near you with 2018 BMW X5 for Sale