They are good only problem I had that they gave only one key for van and they charged me for other key.

I purchased the vehicle and I'm quite happy with it. Just upset and disappointed that the dealership wasn't able to do anything that they said they would Do. The worst part was that 2 weeks later I received a call letting me know that the vehicle had not been smogged. So there I go out of my way to get the car smogged. Not completely satisfied.

Good experience. Looked at a car and drove home with a new car on the same day. 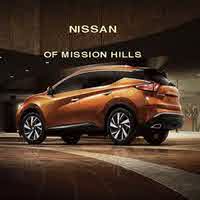 Got in and out no fuss’n about

Helpful over the phone.

Kevin answered my showed me the car and answered my questions with no pressure. I had a very good experience.

Was shopping around trying to get quotes. They said my credit was weak(755) and that my rate would be around 6 or 8 percent and said I wouldn’t find a better rate anywhere else and my monthly payments would’ve been outrageous. Lucky I shopped around more and found a cheaper quote with a 3% rate and a much lower monthly payment.

Great experience and very pleased with our purchase! Friendly dealership as well!

Quick response to acknowledge the interest but when I ask more about the vehicle, there was nothing for a response.

Would rate as a Negative 5 stars if possible. They advertise a low price then at the end add on MANDATORY add-ons ($2,200 for theft protection, and $495 for door edge guards) - complete ripoff and total waste of time. Vehicle was also in much worse condition than advertised.

Twice I have gone to see a truck I saw on car gurus and when I ask for that truck they don’t have the truck in yet for some reason. So why advertise it?

I received a quick and complete response, there were not high pressure sales tactics , just a nice offer to see what they had in stock. I am far from their location, but I plan on making the 300 mile trip soon to see their deals.

Car was dirty...no one on site....not an appealing location or car lot.

Never go there again...the charge 1999.00 extra on every car for lo-jack wether you want it or not, bad policy and LoJack only cost about 300.00 installed the rest is additional profit for them...plus when I called they told me the car I was looking at was there at 9:00AM and got there at 11:00 AM and they told me car was sold and yet for a days after the car still appeared on there web site...

Good experience, dealer is responsive but the car was not what I looked for.

They are awesome. Quick to respond. They don’t have ridiculous add ons. They have great deals. I will recommend them.

Even though I had an appointment, the car I was interested in wasn't ready and the person I contacted wasn't there. Car was not in condition advertised.

They responded to my email and asked if they could assist me.

Do not work with them. I talked to six different people, all giving me suddenly answers and excuses. I even set up an appointment to go buy the car and they sold it out from under me hours later. Waste of your time!

Contacted them twice asking about the accident the car was in and if any recalls had been fixed. They ignored the questions and pushed for a test drive.

they where very helpful and responded fast to all my questions

Jonny was amazing to work with at this dealer. We are so greatful that to him for all his help and he did not make it stressful at all it was easy.

I was satisfied with the deal that I got although the car was not ready when I got there. They got it ready which took about 4 hours. I was not happy with the fact that the car would not start when I got ready to leave. They fixed the problem and sent a locksmith to my home the next day to make new fobs. I would refer the dealer to a friend.

Yes The dealer was quick in communication when inquiring about the vehicle. Yes I set up a test drive appointment dealer was on time and ready to go vehicle was as described yes I would recommend this to a friend.

it was a breeze, everything was amazing without any problems. Alex, my agent was so attentive was very accomodating. I called in 8pm Friday and he gave me an honest pricing and sure enought the next day I came in and he got me a better deal.

It was a great and relaxed experience.

They were very responsive to my requests very friendly

This has been the most enjoyable buying experience ever in my car buying life! No pressure no stress. They have set the standard in buying a car. Five Star Plus customer service

It was wonderful! I have purchased many cars thru dealers and this was the most painless experience I have ever had. I bought the car!!

I went thru the whole application for them to tell me they could loan me an amojnt that cannot be used because jt is less than any of the cats on their platform. what a bummer! oh well.i have to move forward and find someone who will help me just a little.

Angel Jin was great. She stayed with me from beginning to end. I did end up purchasing the vehicle because of Angel.

I'm between the X2 and the X3. I thoroughly enjoyed test driving this bad boy. The staff here are wonderful!

Best experience at an auto dealership...quick response to check availability...vehicle was immaculent...I have leased and purchased over 20 vehicle's and this was the fastest and easiest no haggle deal. Very happy overall. Thanks Jose!

Vehicle was heavily damaged and no one was there to show me the vehicle. Pictures appear to have been taken at their location, but do not show the damage that currently visible during the in person inspection. Scratches, Dents, and missing panels.

No experience. I was on my way there to test drive the van and I was informed that another customer got there before me and purchased it . Oh well!

The sales manager was extremely rude and dismissive. Don’t remember his name, but he was an aggressive salesman that bulldozed right over anything and everything I had to say. I’m not one to write bad reviews because everyone deserves a second chance, but this experience was exceptionally bad.

They bully sold me. The whole environment wasn't very professional and saw a lot of contradictions in what they were saying. When I drove off the lot, my tire pressure light immediately went on and for tires that were supposed to be at 45-50, my lowest one had 10... 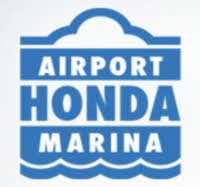 For 2016, Honda introduced the tenth-generation Civic, and so far it has been an unqualified success almost any way you look at it, including on the showroom floor. The 4-door sedan was the first to be introduced, but a coupe joined the lineup as well last year, and a hatchback version is scheduled to arrive for 2017. Performance-oriented Si and Type R models are planned as well, much to the delight of many driving enthusiasts.

Because last year’s car was so well received, the 2017 Honda Civic doesn’t mess with success and there won’t be significant changes. Trims include the EX, EX-L, EX-T, LX, and Touring, and all are now available with the high-tech Honda Sensing group of safety features. The Civic still faces stiff competition from cars like the Ford Focus, Chevrolet Cruze, Nissan Sentra, Hyundai Elantra, Mazda3, and its perennial rival, the Toyota Corolla, but the Honda is still fresh enough of a design to compare favorably with all of them. It’s even a sharp-looking car, with angular lines and a roofline that tapers down to futuristic taillights. It almost looks like a hatchback or 4-door coupe rather than a sedan.

Under the hood, the 2017 Civic is still available with one of two engines. The base 2.0-liter VTEC 4-cylinder makes 158 hp and 138 lb-ft of torque, and it comes in the LX or EX cars. It comes standard with a 6-speed manual transmission, but most cars will get Honda’s continuously variable transmission (CVT), which has Sport and Econ driving modes. The other engine is a 1.5-liter turbocharged 4-cylinder with an electrically-driven wastegate, which makes 174 hp and 162 lb-ft of torque. The Civic delivers impressive fuel economy regardless of configuration, but the 1.5-liter CVT takes the cake with 31 mpg city/42 highway. The 2.0-liter, however, will still do 24/40 with the manual and 31/41 with the CVT.

The tenth-generation Civic excels when it comes to handling and driving dynamics. Compared to the disappointing ninth-generation car it replaced, the new car is almost two inches wider, sits lower, weighs less, and is more rigid. Steering is variable-ratio power-assisted and the car can even apply the inside front brake in the middle of a corner in order to turn more sharply. The suspension is mostly familiar for Honda, with struts up front and a multi-link rear. The front struts also have hydraulic bushings, and EX-T, EX-L, and Touring trims also get rear hydraulic bushings in addition to larger, stickier tires.

On the inside, the 2017 Civic is particularly roomy, while a handy configurable center console allows the driver to use the area as a bin for mobile devices, a dual cup holder, or a key tray. The glove box is surprisingly large as well. Even the standard Civic comes with impressive features for the price, including climate control, cruise control, a 5-inch color LCD display, and a USB port. Stepping up the trim range also adds heated mirrors, remote start, a side-view camera, a 7-inch touchscreen, an additional USB port, Apple CarPlay and Android Auto capability, heated front seats, and dual-zone climate control. The range-topping Touring even swaps out the instrument cluster for an LCD screen that displays relevant vehicle information as well as a 450-watt audio system, which is much more banging than the base car's 160 watts.

The 2017 Civic is a top choice for safety as well, and the car has already been awarded Top Safety Pick+ status from the Insurance Institute for Highway Safety. It has also received 5 stars on all tests with the National Highway Traffic Safety Administration. But the Civic is also available with all manner of cutting-edge technology to keep you from having a crash in the first place. Honda Sensing technology is available even on the lower-priced Civics, bringing automatic emergency braking, lane-departure warning, lane-keeping assist, road-departure mitigation, adaptive cruise control, forward-collision warning, and a collision-mitigation braking system. The rear-view camera can also be configured to show dynamic guidelines to help with parking.

Even in a crowded and competitive field, the tenth-generation Honda Civic is a standout and a top choice in styling, fuel economy, interior room, driving dynamics, and safety. And with the upcoming hatchback version and performance models, Civic buyers are now spoiled for choice--and that’s a good thing.

Top rated dealers near you with 2017 Honda Civic for Sale