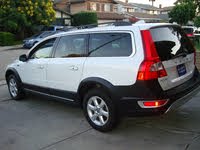 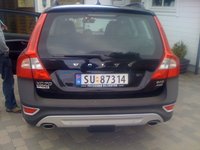 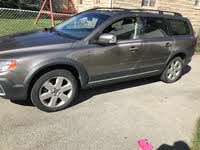 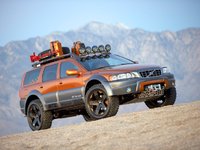 What Are The Sensors Right Below The Head Lights On A 2008 Volvo XC70?

What are the sensors right below the head lights on a 2008 Volvo XC70? My son got in a minor accident and the passenger side sensor appears damaged but I dont know what they are?

what models are compatibles to replace a rear right door?

Why Is Transmission Changing Involuntarily ?

My 2006 XC70 has been voluntarily switching between D and W while I am driving. I manually switch it back, but it continues to change on its own. Why is this happening and how do I fix the issue?

What's a good place in Toronto/ontario to get a replacement lens for a right side marker light (if available) or the assembly.

The Volvo XC70 is unlike any other station wagon you'll have the privilege of driving. It was made for the demands of cold-climate conditions, and it delivers its occupants to their destination in safety, comfort, and style.

The XC70 began in 1998 as the Cross Country trim of the V70 (formerly the 850 Wagon). It was such a gem that it clearly needed to stand on its own, so the following year it was released as a separate model, the Cross Country. Cooler than your average wagon, it traded in its spelled-out name for the flashier XC another year later, and that name has held.

Winter-sports enthusiasts, cold-climate commuters, and safety-savvy families have given this vehicle its impressive popularity. It is seen in great numbers especially in the Northeastern U.S., as its collection of useful standard features and cold climate-inspired options make it ideal for travel in these parts.

For what it's worth, the XC70 further enjoys a considerable snob factor among suburban soccer moms, business execs, and the like. Expect its popularity to continue for years to come.