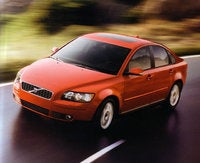 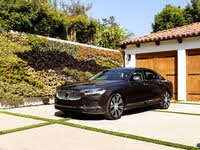 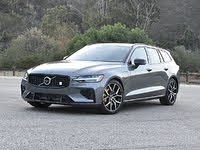 Whether To Put More Money Into My 240

19 views with 3 answers (last answer about a week ago)

Battery was just replaced by Volvo Dealer. One day later, when turning ignition off, Blower Motor will not shut off until new battery died. Charged Battery, drove car, everything works normally. Ag...

The smart cruise control and rain senor isn't working but the lane keeping aid and crash avoidance are. Is that a problem with the sensor in the windshield behind the rear view mirror? What is tha...

The word "Volvo" is almost synonymous with "safety." Features such as safety cages and advanced crumple zones have helped to save thousands of lives and create legions of dedicated Volvo fans. As Volvo has evolved, the car manufacturer has continued to create safe and comfortable cars, while most recently seeking to gain a reputation for style as well.

The Number Names
Volvo used to use a series of numbers to describe their cars. The first number was the series, the second was the number of cylinders, and the third was the number of doors. However, by the early nineties, they had moved away from using these strictly, ending most models with a zero. The smaller sedans at that time were the 240, the 740, the 780, the 850, and the 940. The larger sedans were the 760 and 960. These cars were all known as being safe and comfortable, but also boxy and relatively unattractive.

New Styles, New Names
In 1997, Volvo began to transition to a new way of naming their cars. The models now start with a letter: "S" for sedan, "C" for coupe, "V" for versatile, and "XC" for cross-country. The size of the car is indicated by the following numbers, with bigger numbers representing larger sedans.

The Affordable Volvos
Volvo put out some new, less prohibitively expensive models to win over a younger audience. The S40 and V40 offer buyers the same level of safety, luxury, and comfort they'd find in higher-end Volvos, but in slightly toned-down versions for a much lower price. Similarly, the sporty V50 offers buyers a slightly larger option.

Mid-Size Sedans
In the midsize category, the S60 represents the smallest of the midsize vehicles. The S70 and V70, which replaced the highly popular 850 model, rounded out the set.

Full-Size Sedans
Volvo's higher end is now represented by the luxurious S80, V90, and S90. Each model has won awards for safety and gets consistently rated near the top of its class for safety and comfort.

A Sporty Volvo?!
Volvos certainly are more stylish today, and the fresher styling has produced a couple of nice-looking sporty coupes and convertibles. The C70 is available as either a coupe or convertible. Redesigned in 2006, this coupe remains a very successful addition to the Volvo line.

Off-Roading Volvos
Volvo offers several all-wheel-drive vehicles, as well as a couple of SUVs. The S60-R and V70-R each offers consumers a choice of AWD on their sedans and wagons. The XC70 and C90 are true SUVs. The XC series is designed to compete with other luxury SUVs, such as the Mercedes M class and Lexus RX.