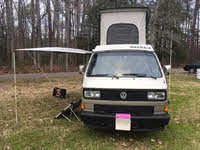 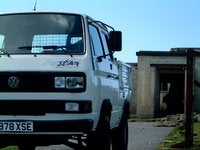 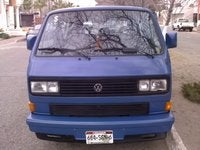 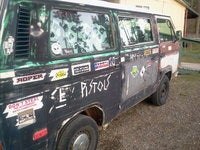 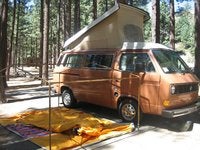 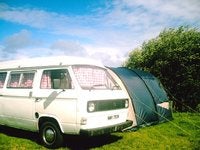 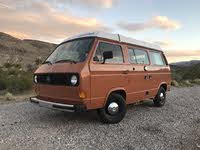 My Posting Doesnt Show Up

Why does my posting still say "processing" after 5 hours?

How Do I Receive Text Notifications For My Listing?

1985 vanagon rear hatch locking/opening button does lock and unlock, but it does not open. There is no "indent" position in the unlocked position. This does not have power locks.

I have an 88 Westy with a mysterious problem that no one has been able to fix. When I travel over rough roads (cattle guards, potholes, etc.) my van freaks out! The RPMs start jumping around - from be...

Introduced in 1980, the Volkswagen Vanagon was designed as a replacement for the Microbus, which was VW's first van. (The Microbus had been around since 1950, and was showing its wear.) The rear-wheel-drive Vanagon, also known as the Type 2 T3, the T25 (in Great Britain), and the Transporter or Caravelle (in Europe), could carry seven to nine passengers.

Over the 11 years it was in production, the Vanagon came in a number of different trim packages, including the standard Vanagon, the higher-end Vanagon GL, the Vanagon Camper, the GL Camper, the Vanagon Carat, and the limited-edition Wolfsburg Edition. Models with VW's Synchro all-wheel-drive system were also available.

While drivers were generally very loyal to the Vanagon, citing its roominess, sportiness, handling, and uniqueness as positive points, many offered words of caution to prospective owners, suggesting that the vehicle needed careful maintenance to prevent expensive repairs.