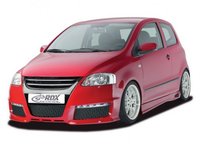 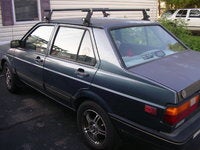 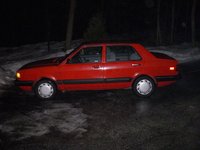 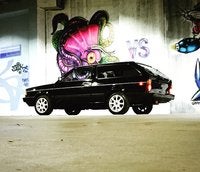 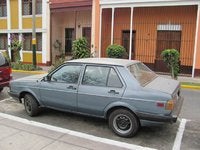 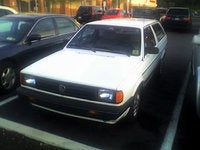 I´ve tried replacing the fuel relay didn´t work, bridged the relay socket and the pump starts, but engine doesn´t start, (So the pump works), also i was checking that the fuel gauge doesn´t work, so i...

1987 VW Fox only allows 4 gallons of gas from empty at the gas pump and no more. I’ve blown all the lines out and still won’t do more than 4 gallons. What else can cause this?

88 VW Fox Starts But Then Dies & Doesn't Want To Continue Running After Sta...

88 VW fox starts but then dies out almost right away, but then we took the gas cap off & tried starting it again, it started & stayed running for a few seconds longer than before when trying but st...

Replaced The Bosch Alternator With A Altima Alternator On My 88 Fox Gl Spor...

Now it starts sometimes only and the ohm meter shows it dis hatching. Instead of charging.. So I did some research and found out that the Altima alternator 90 amp has an internal regulator.. So sinc...

How Much Is My 1989 Volkswagen Fox Worth?

Produced by Volkswagen's Brazilian division, the Fox debuted in 1987 as a subcompact available in several different configurations, including an entry-level two-door coupe and a four-door sedan. A two-door Fox station wagon was also available for a few years before being discontinued after the 1990 model year.

As might be expected with a subcompact, power was minimal, provided of a 1.8-liter four-cylinder that generated just 81 horsepower. That would continue to be the Fox's powerplant throughout its U.S. run.

Standard features were also limited. Bucket seats, power brakes, a rear window defroster, and a passive restraint system with motorized shoulder seat belts (lap belts were buckled manually) were among the few standard amenities offered during the Fox's run. Air conditioning was added as a standard feature for the vehicle's final year.

Despite its lackluster engine and lack of amenities, the Fox was considered to be a reliable, fuel-efficient, and durable vehicle, with a decent ride for the money and a quick engine that made for a fun ride.