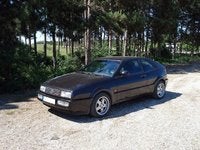 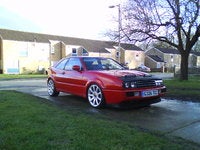 What Are The Common Faults With The G60 Corrado?

what is the firing order on a vr6?

Does Anyone Know Where The Two Front Vacuum Connections Attach To On The Fa...

I live in CA and to pass smog check they don't allow any after market cold air intake systems. So I just bought a used one and wanted to know where the front two vacuum hoses attach to. I think I know...

Although it was available in showrooms for only five years, the Volkswagen Corrado made quite an impression on drivers. Designed to be a replacement for the VW Scirocco, the Corrado was a true sports luxury vehicle, with two powerful engines offered throughout the car's run and a list of standard features that was truly generous for its day, and even a bit ahead of the times.

For its first couple of years, the Corrado was powered by a 1.8-liter inline four-cylinder engine, which was supercharged to produce 158 horsepower. That engine eventually gave way, in the middle of the 1993 model year, to a 178-horsepower, 2.8-liter V6.

Throughout the Corrado's run, a five-speed manual transmission was standard, though a four-speed automatic was added as an option in the car's second year. For its final year, the optional automatic transmission had an adaptive feature that enabled it to adjust shift points based on a person's driving style.

One of the Corrado's more unique features was a rear spoiler that automatically deployed when the vehicle reached 45 miles per hour (eventually raised to 55 mph), and retracted when the car's speed fell below 12 mph.

The Corrado was popular with many drivers who noted that the car's styling tended to stand out among a sea of look-alikes. Its smooth handling and the aggressive nature of the supercharged engine were also cited by drivers as positive points. Drivers noted that repairs and maintenance could be expensive, however.