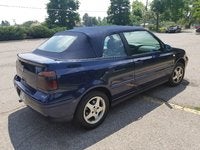 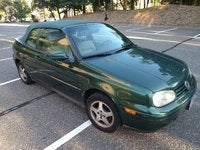 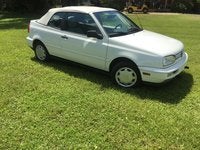 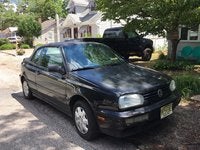 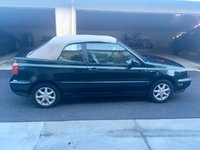 Im looking at a 2002 Cabrio GLX with lost keys. Can I swap out the Ignition switch and then have dealer program keys after reviewing cars software to the transponder in the key so it works with car...

2001 Cabrio Dies When Driving, Will Restart After Sitting For A While

I have replaced the distributor and fuel pump and it still dies. At first it would die after it was warmed up good. Now it will die after driving a few blocks. Always restarts after it sits for an hou...

My Car Turns Over But Won T Start

what is neutral switch for to start

How do I byepass security system.

Introduced in 1995, the Volkswagen Cabrio was a replacement for the Rabbit-based Cabriolet. The Cabio not only came with a shortened name, but also was based on a new platform, which it shared with the Golf hatchback and the Jetta sedan.

The Cabrio is often distinguished by its distinctive fixed rollbar, which not only served as a safety feature but also as a styling cue. In addition, it offered stability to the body when the top was down. Other than that, one of the Cabrio's best features was its convertible top, which was a multi-layered cloth top that had good weatherproofing capabilities and sealed tightly all around when in place. In the Cabrio's first few years the top was operated manually, but a power top was added in 1998 to the higher-end GLS trim package. One nice feature of the top was that it came with a glass rear window with a defogger, which aided visibility out the rear.

The Cabrio came with a long list of standard and optional features, including power windows, power door locks, front and side airbags, daytime running lights, an anti-theft alarm system, cruise control, leather seats, and an AM/FM/cassette stereo system (in later years a CD player was added as an option).

Like the automaker's New Beetle, the Cabio was appreciated by drivers for its "fun" factor. They also cited as positive points the Cabrio's handling, roominess (for a small car), and gas economy. In its early years the Cabio got high marks from drivers for its quality and value, though in later years drivers noted that the car was often in the shop for repairs, and questioned its overall quality.