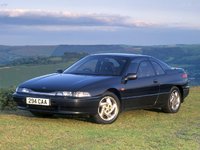 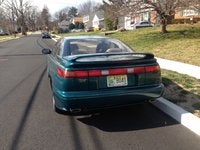 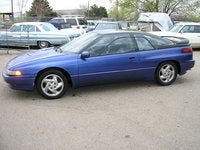 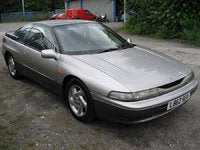 power steering suddenly stopped working, the belts are ok the pump spins and there's fluid in the reservoir up to the designated fill point. but from what i can deduce the solenoid on the steering p...

My LISTING Seems To Be Corrupted.

My LISTING FOR JF1CX3534NH102610 1992 Subaru SVX seems to be corrupted. When I try to add photos or change details, It asks for the VIN but then says This vehicle is already listed. HOW do I make any ...

Hey we have a SVX with about 70K miles. We had the transmission replaced because it would not work in reverse. Bad mistake. The used transmission the mechanic put in started slipping from the get...

my a/c compressor needs replaced. The only one I can find is a rebuilt one on Ebay. I'm a little leary about a rebuilt unit. Is there a new unit that can retrofitted to work in this car. My SVX is a...

How Many 25th Anniversary Editions Were Made

At the time of its debut in 1992, the Subaru SVX sports coupe seemed an oddity in the Subaru lineup, which tended more towards utilitarian AWD vehicles. The SVX also featured all-whee drive, but was marketed as a luxury performance car. It replaced the previous Alcyone XT and featured an impressive 3.3-liter, 230-hp, DOHC flat-6 engine. Saddled only with a 4-speed automatic and a heavy body, however, the SVX couldn't do this engine full justice.

Its most unique design was the Lamborghini-inspired two-piece window-within-a-window, which was unusual for a two-door coupe. But stretching from end to end and all the way to the roofline, this window design supposedly increased visibility and improved aerodynamics.

Trim designations changed slightly over the years, but hovered around the LS, LS-L, and LSi. All featured all-wheel drive, full power features (windows, doors, mirrors), and cruise control. The LSi and Touring packages added leather seats, a sunroof, heated mirrors, and power seats. The backseat folded down for more cargo room in the compact coupe.

The Subaru SVX had some notable problems with the transmission overheating and early brake rotor wear, perhaps due to the inappropriate size of the rotors for the car's weight. For some reason, the car never sold well, perhaps because its sporty image did not appeal to the conservative staple Subaru consumer, or perhaps because its actual performance wasn't sporty enough for true driving enthusiasts. Subaru only sold a little over 14,000 SVX coupes in the U.S., and stopped producing them after 1997.