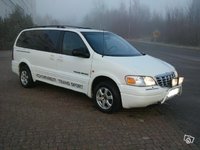 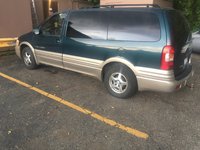 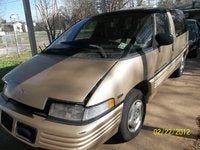 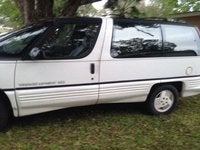 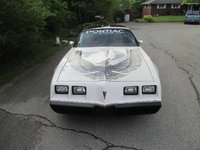 How Do You Change Out Old Gas With Out Dropping Tank

How do I change out old gas with out dropping tank

My wife went to the store today and locked the doors from the drive side lock button. When she returned she unlocked the passenger side door with the key, (remote we had died, and no longer works). an...

how many miles per gallon in town and on hwy

1986 Pontiac Trans Am Lock Up Back Tire

When it debuted in 1990, the Pontiac Trans Sport was one of a trio of GM minivans, along with the Silhouette and Lumina APV. The Trans Sport was supposed to be the sportier of the three, with its low-slung appearance and controversial
"Dustbuster" sloping profile.

Trying to compete against the hugely successful Dodge Caravan, which owned 50% of the market, the Trans Sport housed seating for seven in three rows. Over its lifespan it did offer some interesting innovations and conveniences in order to draw in consumers. In 1994, the minivan featured the first remote power sliding door. An air compressor and integrated child seats were also offered. Removable seats were lighter and less cumbersome than those in the Caravan. What really defined the Pontiac Trans Sport, however, was its engine. Originally a weak 120-hp V6, it received the new 3800 V6 at 170-hp in 1992, making it the fastest and most powerful minivan at the time.
In 1994 and in 1997, redesigns concentrated on making the Trans Sport more conservative, getting rid of the Dustbuster profile and moving to a more standard minivan look by truncating its long nose. It also became the first and only minivan to offer seating for eight in a new extended version which debuted in 1997. A boost to 180-hp maintained its most powerful minivan position, but aside from this, there was nothing remarkable about the Trans Sport, certainly not enough to make it a viable competitor to the Caravan.
A Montana Package was introduced in 1997, which was mostly an appearance package that made the minivan look more like a stylish SUV. The Montana proved to be a huge success for the Pontiac Trans Sport, accounting for 80% of its sales among consumers needing the capacity of a minivan, but hating the suburbia stigma attached to it. As a result, Pontiac decided to abandon the admittedly cute and cloying Trans Sport name and sell its minivan under the more rugged-sounding Montana badge starting in 1999.