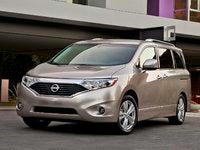 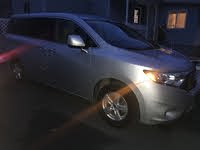 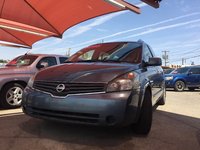 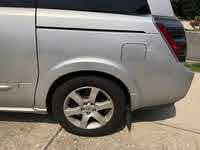 My Nissan Quest 2006 suddenly stopped on the road with TCS and traction light, although the road was dry and even. The engine started, but no acceleration. The OBD shows the following codes: ​P1800 ...

Why Sliding Door Don't Open From Outside When Handle Is Touched?

Before I use to just place my thumb or finger on handle button from the outside and doors would automatically open.. now they don't, have to crank and pull. They'll open with beeper or inside panel...

2007 Nissan Quest I Plyged An Inverter In To Ciggerete Lighter Now The Powe...

Nissan's minivan, the Nissan Quest, made its debut in 1993, at the height of the minivan craze. The Quest was preceded by the Nissan Axxess, which was a super minivan that ended its run in 1990.

The Quest was originally a collaboration with Ford, and shared many parts with the Mercury Villager. This collaboration would continue throughout the Villager's existence, until it was discontinued in 2002.

The Quest was forced to grow larger as American tastes demanded bigger and bigger vehicles. The Quest took a break in 2002 for the 2003 model year. When it returned for 2004, it featured a much criticized center instrument panel. The 2007 version reverted to a more conventional driver's side dash.

A redesigned Quest is expected for 2009.