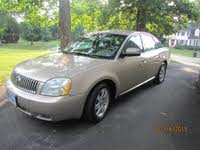 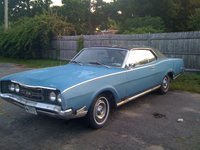 How to change the oil sensor easiest way

I have a 2005 Mercury Montego with a bad tail light assembly. I got a used one off ebay ($200) and it was bad as well. I have done research for DAYS to find an alterative to having to pay for a new...

What Is Continuously Varieable Auto Transmission

431 views with 3 answers (last answer about a year ago)

Does This Car Have A Place Where You Can Plug A Cord Into It That Connects ...

Mercury rolled out the Montego in 2005 with a goal of adding a premium mid-size sedan that would help boost sales for the subsidiary of Ford Motor Company. The Montego is based on the Ford Five Hundred, although with a bit more flair and comfort, and it more or less replaced the Mercury Sable, which had runs its course.
The sedan's design emphasizes safety, style, and handling, and Mercury did a fine job of blending those elements. Government crash-test ratings are perennially stellar. All Montegos have featured the same 3.0-liter, 203-horsepower V6, which provides sufficient power without compromising fuel efficiency.
One hallmark of this car is its Command Seating feature, wherein the occupants are perched higher than in the average sedan. In addition to affording a better view and increased legroom, this increases the ease of getting into and out of the car.
User satisfaction has been high in this car's short history. They appreciate its space, value, fuel economy, and pleasant ride.