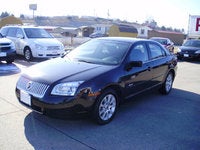 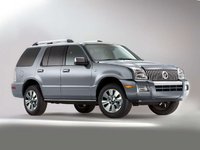 I'VE TRIED DIMMING IT BUT IT STILL WON'T SHUT OFF

I have a 2000 Mercury Sable with a 3.0L DOHC V6 Duratec engine. Sometimes at cold start up it run really rough and will cause the check engine light to come on. I have taken it to a parts store and ...

Will a 07 crown Vic. Transmission fit in a 07 grand marques

The Heater Is Not Working Properly

the core is hot but there is no heat getting into the car. It only blows out cold air

How Do I Get It Out Of Security Mode?

I bought a 2001 Mercury Grand Marquis and it had no key a changed out the ignition and I need to know if the key needs to be programmed to the car. If so can I do it or do I need to take it to a d...

Mercury began in 1939 as a subsidiary of the Ford Motor Company. Its purpose was to provide a middle ground between the lower-runged Ford products and the premium Lincoln line, making them the Mama Bear, if you will, of the Ford empire.
Mercury, of course, is named for the Roman god of war, and his image was the brand's symbol in the beginning years. The icon has changed from an M to a cat and back to a modified M again, this time taking a waterfall shape. Model names have followed with these themes, running from a series of feline names (Cougar, Bobcat, and Lynx) to the current lineup loaded with initial Ms (Mariner, Milan, Montego, Monterey, Mountaineer, and in semi-conformity, Grand Marquis).
Mercury's sale history has seen peaks and valleys, but geneally more of the latter. Its survival as a brand is in question, although those doubts are not coming from the Ford Motor Company camp. It helps that the current selection now offers a truly green vehicle, the Mariner Hybrid, although hybrids in general may be losing popularity; their higher MSRP and not-that-exceptional highway fuel economy may lose the nod as other technologies come up to speed in maximizing fuel economy.
The Mercury brand still has its strength in quasi-luxury sedans, with ranging in size from the Milan to the Montego to the Grand Marquis. The lineup lacks a sporty car and loses its minivan after this year, as the Monterey has been discontinued.