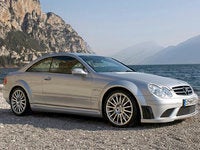 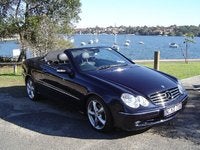 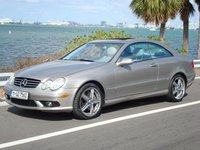 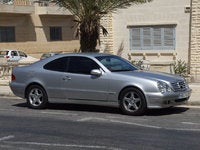 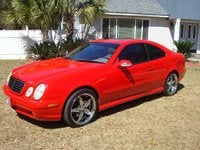 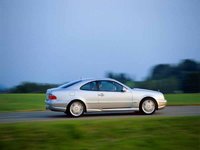 Is There A Manual Way To Open Trunk Without The Battery Being Hucked Up? An...

Hi I Paid For Listing And It Is Still Processing For The Second Day. Help.

title says it - got my car listed but it is still "Processing". I listed it yesterday and already paid for it, what's the problem?

Open Trunk Without Battery In, Manual Button Not Release

I removed old battery to replace, and since I needed to order the battery, shut the trunk. Got the battery, but now find I can't open the trunk to replace the battery with the manual button on the tru...

Considering purchasing in this condition.

How Can I Sell My Car On The Website?

I want to list my car. There is no sell option. Can you please advise?

35 views with no answers yet

Bursting onto the automotive scene in the late 1990s as a result of a restructuring and expansion of the Mercedes-Benz lineup, the CLK-Class of sporty coupes and cabriolets presented drivers with an alternative to popular coupes from BMW and other competitors. The CLK-Class also represented a new direction for Mercedes, as the automaker sought to establish itself as a producer of agile, muscular coupes as well as more sedate, luxury-oriented sedans.

The result, however, was a distinctive vehicle when it appeared in 1998. The CLK320, the first CLK-Class car to roll into showrooms, was longer and lower than the C-Class, and powered by a new 215-horsepower, 3.2-liter V6 engine that would soon makes its way into a number of other Mercedes vehicles, including the C320, the E320, and the ML320.

The following year, Mercedes introduced a convertible version of the CLK320, as well as the more powerful CLK430, which received a 275-horsepower, 4.3-liter V8 engine, adding to the CLK-Class's reputation as a high-powered line of cars.

That reputation received another big shot in the arm in 2001, when Mercedes unveiled the CLK55 AMG. At the time of its introduction, the CLK55 AMG was the fastest Mercedes available in America, thanks to its 5.4-liter V8 engine, which produced a whopping 342 horsepower. With that kind of muscle under the hood, the CLK55 AMG could jump from 0 to 60 in just 5 seconds flat.

Over the years, Mercedes has dropped a lot of new technology into the CLK-Class cars, including Brake Assist, an Electronic Stability Program, and the Smart Key electronic anti-theft ignition system. And since these cars at their cores were Mercedes, the automaker also enriched them with a wide range of luxury appointments, like leather upholstery and high-end audio systems.