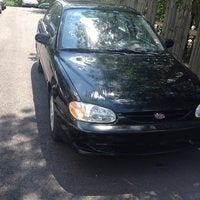 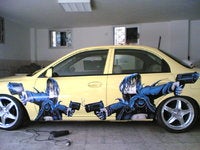 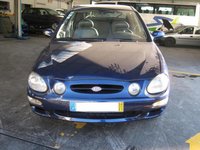 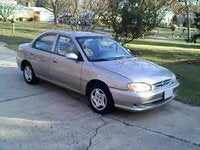 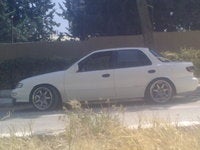 Can't Get Panel Off To Remoove Radio

Wear Is My Horn

i cant find my horn to disconet

552 views with 2 answers (last answer about a year ago)

549 views with 7 answers (last answer about a year ago)

My 01 kia sephia goes into reverse u can feel it trying to move but wont would a bad filter cause this?

My key won't go all the way in I can't open my trunk.what can I do to fix it?

The Sephia is notable for being the first car sold under the Kia name in the U.S. The number two Korean automaker used a brilliant marketing campaign, introducing the Sephia in 1994 one region at a time in the western U.S. and gradually expanding across the nation, gaining word of mouth along the way. The Kia Sephia was a compact economy car, sold at a very low price point to attract first-time buyers or families on a budget.
The Sephia came initially as a sedan with a 1.5 or 1.6-liter engine and not much horsepower or standard features. Three trim levels were available, but power features were only offered on the highest one and air conditioning was optional on all. But the Sephia's intent was to be a cheap mode of transport and not a home away from home.
Through its eight-year history, the Sephia made upgrades, expanding the interior room, adding a bigger 1.8-liter, 220-hp engine, and making air conditioning standard on this top-end trim. Rear seats split 60/40 to allow more cargo room in the tiny car. The Sephia did come with good safety features, however, something Kia has always emphasized.

It unfortunately suffered from many reliability problems, and many owners found they were spending more time and money on repairs than they actually spent for the car. Kia did its best to improve on the compact sedan, and later models proved safer and better outfitted. The Sephia was retired after 2001, to be replaced by the Spectra.