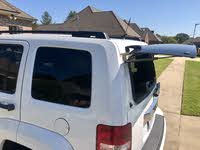 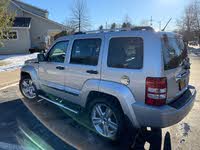 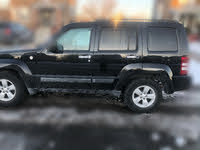 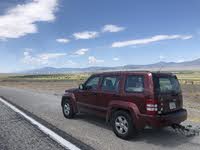 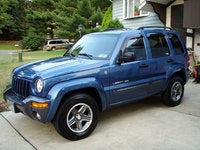 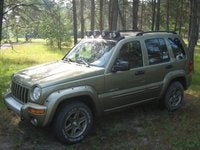 Which Are 5 Pin And Which Are 4 Pin Relays?

0 views with no answers yet
60

How Do I Fix My Hood Latch And Back Window Latch?

Jeep Liberty 2006 Ltd. Rear brake lights are not working. The third (upper) brake light is working. I checked the bulbs and fuses and they are ok. All other lights work. What could be the cause of t...

Introduced in 2002, the Jeep Liberty was the successor to the Cherokee, and throughout its run has straddled the line between off-road rambler and sophisticated about-town suburban SUV by offering a choice of packages and two-wheel or four-wheel-drive versions, as well as a choice of engines.

Although the Jeep Liberty has been continually upgraded throughout its run, it received its first full redesign with the 2008 model, which was unveiled at the 2007 New York Auto Show. The redesign provided a freshened appearance that pulled design cues from Jeep's iconic past to give the Liberty a somewhat retro though still contemporary look.

Key among the design changes was the Liberty's seven-slot grille and round headlights, which evoke the Jeeps of the World War II and Korean War eras. The flared trapezoidal wheel openings, however, are distinctively modern, giving the new Liberty a rugged appearance.

One of the 2008 Liberty's coolest features, though, is something you can't quite see unless you're looking down on it from above. It's an optional canvas canopy roof, which Jeep calls the Sky Slider. The roof retracts to a huge 30-by-60-inch opening, which Jeep says is the largest opening in its class and an industry first.

The 2008 Liberty comes in both Sport and Limited packages. The standard engine is a 220-horsepower, 3.7-liter V6 with a six-speed manual transmission or an optional four-speed automatic. Other options include a high-tech towing package with Trailer Sway Control.

Inside features include power windows, door locks, and mirrors, as well as a fold-flat rear seat, remote keyless entry, and an MP3 audio jack in the stereo system. A wide range of interior options is also available, including automatic temperature control, memory seats, remote start, and a 6-disc CD/DVD audio system.