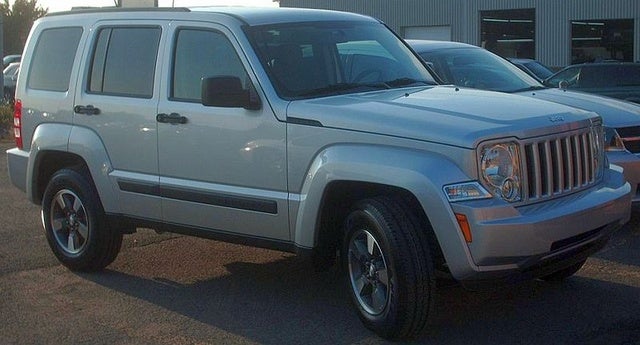 Have you driven a 2008 Jeep Liberty?
Rank This Car

I like the style and extra details of the 2012 Jeep Liberty with the slide open roof top..I think it was priced right for a 10 year old car. Read More

The 2012 Jeep Liberty has issues with the shifting transfer box. Jeep must of know about this problem, because they installed a place to pry the cover off to reset the shift box. Read More

I looked at the base model, the sport the clear coat was worn off in numerous places, not sure if this is something common with 2011. Liberty felt secure doing the test drive, its a heavy SUV and the ... Read More

Looks to be great value. Im trying to get money together so I can get it outright. Read More

It is what it is, just not pleased, reply was minenal at best Read More

Plenty Of Room By Steve

We like the roominess of the Interior for Family trips etc., and overall appearance of 2009 Liberty Limited 4WD. Plenty of cargo space with rear seats folded down. Gas mileage could be much better. Do... Read More

It is a low mileage jeep that is a good vehicle I love it runs great. Read More

Its great! Its was a great price. Awesome deal. Love it Read More