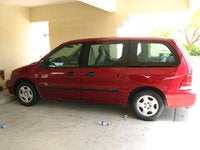 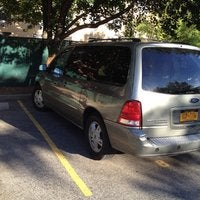 2007 Ford freestar 3.9 I don't know the trim so I selected "S". The wrench light came on last night. It was a cold, wet night. First time it ever happened. The van sounds good and the only thing n...

Everytime It Rains My Van Chugs Sputs And Spurts What Else Do I Need To Che...

427 views with 5 answers (last answer about a year ago)

Car Wont Start On A 2006 For Freestar

Changed out steering column not it wont start

No Drivers Side Heat

970 views with 4 answers (last answer about a year ago)

2005 Freestar Shakes During Warm Up

The Ford Freestar was launched in 2004 as a successor to Ford's Windstar minivan. The Freestar had a few strikes against it out of the gate: the market for family transportation had been dominated by SUVs for some time, and the minivan was seen as clunky and old-fashioned; rising gas prices made the Freestar's lack of fuel efficiency a real negative with potential buyers; and the Freestar just wasn't that interesting-looking a vehicle.

Where the Freestar could potentially have made more of a splash, though, was in its innovative safety features. In response to concerns about rollover and crash safety, Ford re-engineered the old Windstar model and incorporated state-of-the-art safety features. Four-wheel anti-lock disc brakes with a proprietary anti-skid system were standard on all trims, for instance; side guard airbeams helped the Freestar earn top scores on government and private crash tests; and an optional side-curtain airbag system provided superior protection to drivers and passengers throughout.

Here's the question about the Freestar: is it a minivan? A wagon? Some kind of SUV/minivan blend? Ford really didn't quite know how to market this vehicle, which may be one of the reasons the Ford Freestar never caught on with the American buying public.

Rumor has it that 2007 will be the last model year for the Ford Freestar; its sister vehicle, the Mercury Monterey, has already been discontinued. Automotive writers predict that the Freestar will be replaced by one of the 'people mover' models (based on a Volvo platform) that have been in the works at Ford for a while.