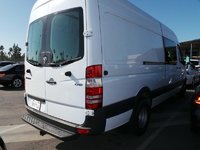 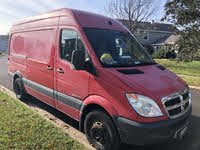 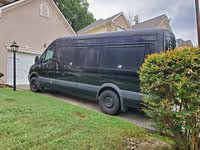 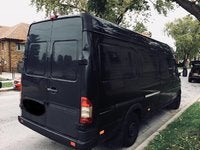 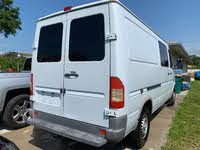 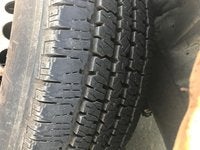 What Do I Do If The Seller Is Not Responding?

No Communication With Outsider Scanner

I have 2004 Dodge Sprinter.. t21 upgrade has been done could not smog, won't communication with any computer took it in for repair, Chrysler said it only talk to their computers, case closed...I ne...

Looking To Buy The Sprinter Van But I’m Not Sure How To Make The Purchase T...

Im Looking For A Sprinter Van For A Food Truck How Do I Make My Search Very...

The Dodge Sprinter Cargo van began life as a Mercedes-Benz van in Europe in 1995, but came to the U.S. in 2003 as part of the merger between Chrysler and Daimler. Like its passenger-van counterpart, the Sprinter Cargo retains Mercedes-Benz engineering and a European look, setting it apart from blander workhorses from Ford and GM. Also setting it apart is its higher pricetag. It's used mainly for commercial purposes.

Available in 2500 and 3500 models, the Sprinter Cargo boasts best-in-class features, such as step-in height, side and rear door access, and interior space. With a choice of three roof heights, the Sprinter Cargo is the only U.S. van that allows people to stand upright inside. A refresh in 2007 streamlined its profile and added more options in length and height, increasing its overall utilitarian versatility. Standard features and safety equipment are impressive, and a long list of options remind you that behind the Dodge label is a Mercedes-Benz personality.

The Sprinter Cargo has yet to make a dent in the sales of Ford and GM, perhaps due to its high price and lack of a powerful engine. Currently it offers both a gasoline and turbodiesel V6, but the absence of a V8 option is noticeable. However, for those needing top-notch cargo space, versatility, and a more refined driving experience than you'll get in most commercial vans, the Dodge Sprinter Cargo stands out from the rest.