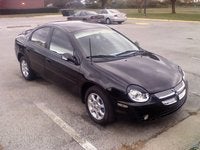 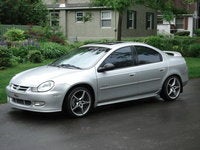 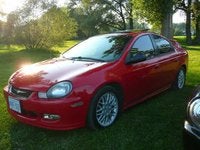 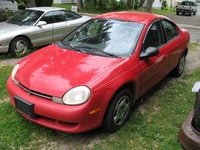 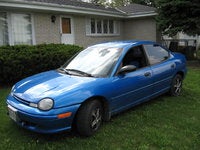 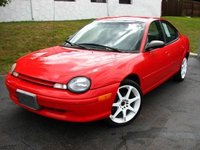 My dad drove this car for about 4 years, it has 200k miles on it. It started consuming water and overheating at one point so my dad parked it, expecting it would be a head gasket job. Eventually I...

Losses Power When I Push The Gas.

Idles fine. Loses power and sounds like its missing if i accelerate at normal speed or go up a hill. Have to work up slowly to desired speed on flat ground. What would cause this?

15 views with 3 answers (last answer about a month ago)

Can Someone Help Me Understand?

Other day I was rushed to hospital person who took me forgot to turn headlights off which in return killed my car. We had it boosted off an now my power windows won’t work nor with my heat/ac also ...

Windows Do Not Work (all Of Them)

2004 Dodge Neon, where is the fuse for the windows ? I know there are two sets of fuses but none of the label descriptions say which fuse is for the windows.

I have a 2003 Neon that runs great but sometimes when I turn it off it will not fire when i try to restart it later. Turns over fine and if I let it set for a while it will start later as though som...

The Neon never really got a fighting chance. Introduced in 1995 as both a Dodge and Plymouth (it replaced the Shadow and Sundance) this four-door sedan or two-door coupe subcompact was always considered second-class to the Civic or Corolla. It had its fair share of mechanical problems in its first years that aggravated many buyers, but what is not well known is that the Dodge Neon was faster, roomier, and sportier than any of its competition for many years.

It initially offered a unique twin-cam engine in its Sport coupe that made the Neon fly at the slightest touch of its gas pedal. The cab-forward design, which lengthened and widened the wheelbase by bringing the wheels farther out to the edges of the car, added stability and extra interior room. The backseat, while not spacious, was much more comfortable than other subcompacts, offering more legroom and headroom.

A subcompact is all about affordability, because it is oftenthe first car choice for most people. But the Neon seemed to be more focused on performance and style as well, offering sport packages and trims, which made it popular early on because it was so fun to drive. As a result, it never offered many creature comforts, and as other subcompacts did, drivers gravitated towards those cars. Over the years, it fell more in line with other subcompacts and dropped its sport trims and its coupe, but a reputation for unreliability left the Neon still struggling to prove its worth.

The Dodge Neon's biggest selling points always remained its roomy interior and its powerful engine. Handling was smooth, easy, and agile, and it tackled snow and wet roads surprisingly well. Despite Chrysler's attempts to fix problems such as head gasket failures, excessive wind noise, and options packages, the Neon never quite got it right in those departments.