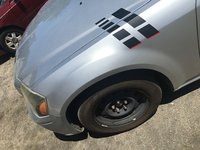 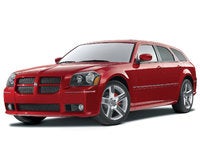 Can The 3.5L V6 Magnum Hold The Compression Of A Turbo

I want to add a nice turbo system, custom of course, don't want to go supercharger, I'd prefer turbocharging my wagon

628 views with 3 answers (last answer about a day ago)

Dodge magnum shut off while driving and wouldn’t start back.. has 230,000 miles please help

Will This Transmission Work?

I HAVE A 2008 DODGE MAGNUM ENGINE MAKES CLICKING NOISE AT BOTTOM, DOES THIS MEAN MY ENGINE LOCKED ON ME, ALSO MY SERPENTINE BELT IS OF. IS THERE ANY WAY I CAN SAVE THIS CAR?

Like the Phoenix rising from its ashes, reborn into something greater and even more powerful, the wood-paneled boxy station wagon driven by Mike and Carol Brady died long ago and was recently reborn as the Hemi-driven Dodge Magnum.

The Dodge Magnum originally appeared on the market back in 1978 as a replacement for the plain-Jane Charger SE. Initially a two-door coupe housing a V8 engine, the Magnum was the last Dodge to compete on the racing circuit. The first generation was and still is loved by nostalgic Mopar fans, as it represents the last of a classic era, but bears little resemblance to the current crossover vehicle. Only the name remains the same.

Looking to provide the utility and functionality of an SUV in the body of a family car but with the engine power and acceleration of a sports racer, Dodge created the new Magnum in 2005 to offer a faster, sexier, and more fuel-efficient alternative to the SUV. With its top-of-the-line model sporting a 5.7-liter, 340-horsepower V8 Hemi, the Magnum can move. But its longer wheelbase and rear-wheel drive also offer more balanced and firmer handling, better control on curves, and a quiet ride. Inside, the extended wheelbase means a lot more legroom for backseat passengers.

Outside, the second-generation Magnum looks like no other car on the market. With its unique rear tapering and wheel wells that jut out aggressively, this car exudes power and menace on the highways. Owners rave about its style and how fun it is to be behind the wheel of a Magnum. The interior room and gas mileage (17/24) also rate well. There are few major complaints, and most of those have to do with the interior design.