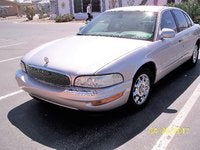 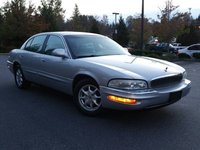 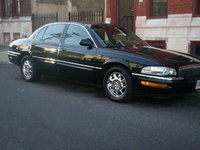 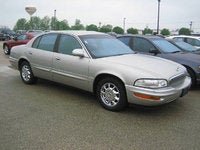 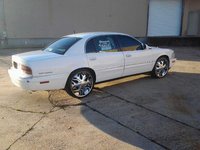 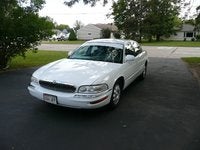 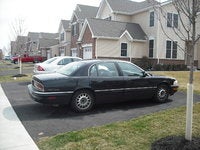 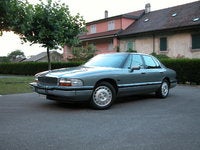 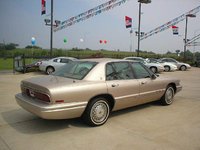 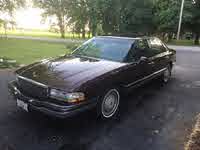 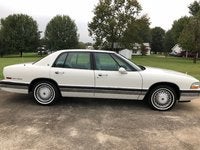 How To Remove Driver Side Front Seat

the seat will not tilt.

Why So Much Electrical Confusion

I'd like to know why instrument cluster comes on and off at random. The A / C also shuts off at the same time. I don't see they would be on the same circuit. If so, is that circuit being over loaded...

Why Do I Have ???? Four Question Marks On Oil Pressure Gauge Readout?

The oil light came on-never happens. Oil is clean and crank case is short only 0.5 qt. On the "Driver Information Center" the readout for oil pressure is four question marks. Drove it home, 4 m...

The Park Avenue was Buick's top-end luxury sedan, posh and huge, a holdover from the big-boat era and a favorite among an older target audience. It began life in 1975 as a luxury package and later a trim on the full-size Buick Electra, originally offering such '70s excess as a velour headliner and plush carpeting.
In 1991, the Electra disappeared and was replaced by the Park Avenue, which had recently received GM's new 3800 V6 engine and a new front-wheel drive chassis that made the grand sedan longer, but actually a bit easier to maneuver. For its lifespan, the Park Avenue came in two trims -- the base and Ultra. Ultra models were aimed at a younger crowd, with an emphasis on performance as well as upscale comfort. The Park Avenue Ultra featured a supercharged version of the V6 that eventually got 240-hp to the base model's 205-hp.
Its last major restyle came in 1997, where it grew a few inches in wheelbase to become an even sturdier drive. The Buick Park Avenue was still all about pampering its owners in luxury and convenience, and came standard with plush leather seats, many power features, and adjustable seat, mirror, and wheel settings that could be accessed remotely before you stepped in the car.

Despite Buick's attempts to appeal to younger drivers with the Ultra engine power, the Park Avenue remained a reliable, comfortable, quiet, and smooth choice of the older set, looking for luxury trappings within an America made car. The full-size sedan bowed out after 2005 as a part of Buick's rebranding push, and was replaced with the Lucerne.