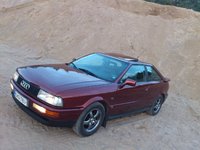 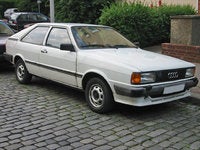 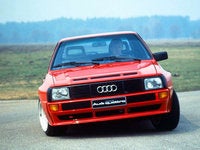 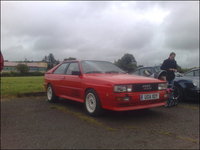 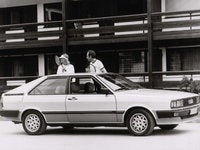 2001 audi a4 1.8 quattro everything was normal until i left it over night , Car turns on for a few seconds and then loose all power and turns off completely ,i keep trying and it sounds like it...

2003 Audi Quattro Oil Light On And It Is Overheating.

Oil light came on and I put a quart in it. Light out. Today it overheated while driving on the highway warm 86 degree weather. Stopped for traffic and steam came out and antifreeze poured out t...

How Does A Buyer Protect Them Selves From The Dishonest Sellers On Cargrus?...

I purchased a 2002 Audi Quattro TT from Chicago auto sales in Miami from a listing on Cargurus and after lengthy talks with the salesman over and over trying to get a feel that he was telling me the t...

For two years, Audi exported the Coupe Quattro to the U.S. Based on the same B3 platform as the Audi 80 and 90, the Coupe was a 2-door hatchback featuring the 90's 2.3-liter I5 engine. The 20-valve engine hit 164-hp and was paired with a 5-speed manual transmission.

The Audi Coupe evolved out of the European rally competitor, the ur-quattro. The U.S. version was part sports car, part luxury tourer. It was decked out with the usual Audi trimmings, such as leather seats, power features, trip computer, and sunroof -- all standard. Rear seats folded down for more cargo room. Outside, the fastback slope and rear spoiler gave the Coupe a sporty look, and the galvanized zinc-coated frame was especially designed by Audi to combat rust and ensure a long life for its cars. The unsurpassed quattro all-wheel drive deserved its powerhorse reputation for tackling rough weather conditions, and made driving in such conditions much more pleasant and worry-free.

With all these features, especially the quattro, the Coupe was particularly heavy. While this made it safe on the road, with strong traction and tight handling, it detracted from its 5-cylinder engine power. This may account for its limited popularity in the U.S. While it looks like it has the potential for a sporty ride, its powertrain couldn't compete with the weight, resulting in slow off-the-line performance.

The Audi Coupe was discontinued in 1991, amid Audi's general unpopularity in the U.S. due to an erroneously negative "60 Minutes" report in the late '80s. This, combined with the general underperformance of the Coupe added up to a short-lived life. Of course, that only lends an air of uniqueness to those that are still going strong and looking as new as ever out on the U.S. roads today.