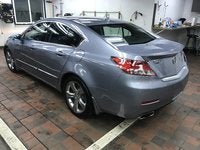 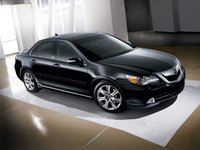 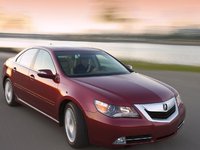 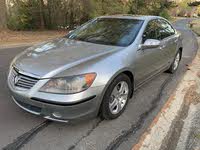 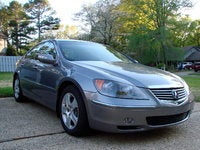 If My Timing Belt Goes Out, Will It Damage My Engine?

I need to correct my email

Is It The Starter?

Several months ago I was on my way to work and the car wouldn't start. I tried 5 or 6 times then called a friend for a ride. That weekend my son-in-law took the battery out and tested it and he thou...

johnworkhard94 asked a 1999 Acura RL 3.5 FWD Maintenance & Repair question about a year ago

The Acura RL was first produced in 1996 to replace the Legend. Although the "RL" officially stands for "Road Luxury," many surmised that it actually stood for "Replace Legend."

The Acura RL has maintained its 3.5-liter V6 engine despite demands from drivers for more cylinders. Horsepower started at 210, and torque at 224 lb-ft. Horsepower for the 2007 RL is listed as 290 and the accompanying torque at 256 lb-ft.

The luxury sedan takes premium fuel, and mileage has hovered around 18 miles per gallon in the city, and 25 miles per gallon on the highway. Drivers have complained about the fuel inefficiency, even though the Acura RL qualified as a low emissions car.

The RL line has struggled in the crowded luxury sedan market. The recent technological improvements made during the 2005 redesign may help, but Acura may need to bump the engine up to a fuel-efficient V8 before the critics are quieted.