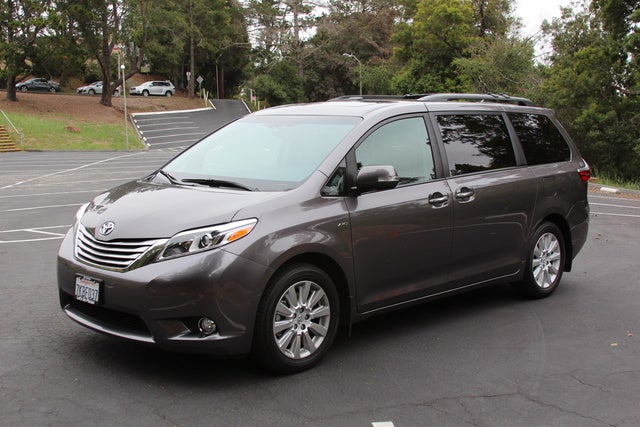 Siri Eyes Free brings voice activation to the Sienna for iPhone users, bolstering an already impressive suite of tech in this monster minivan. 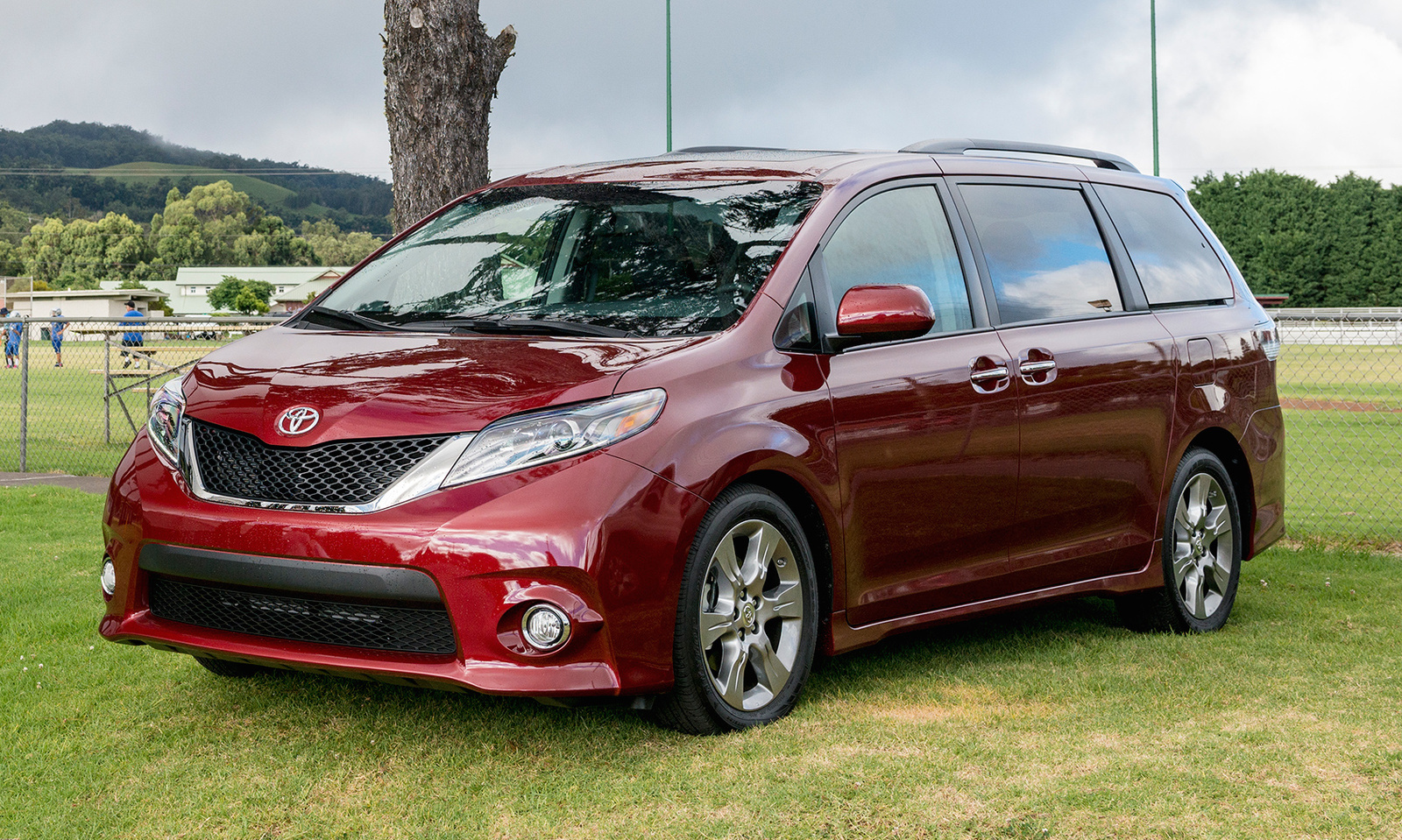 The minivan game gets more competitive all the time, with every entrant pushing to offer the most for your money when you need to go down the 5-door family funster road. For the past 15+ years, the Sienna has been pushing the envelope and leading the pack, taking the title as the top-selling U.S. minivan off and on during that period. The addition of Siri Eyes Free adds a new layer of utility for iPhone users and a bit of safety as well. 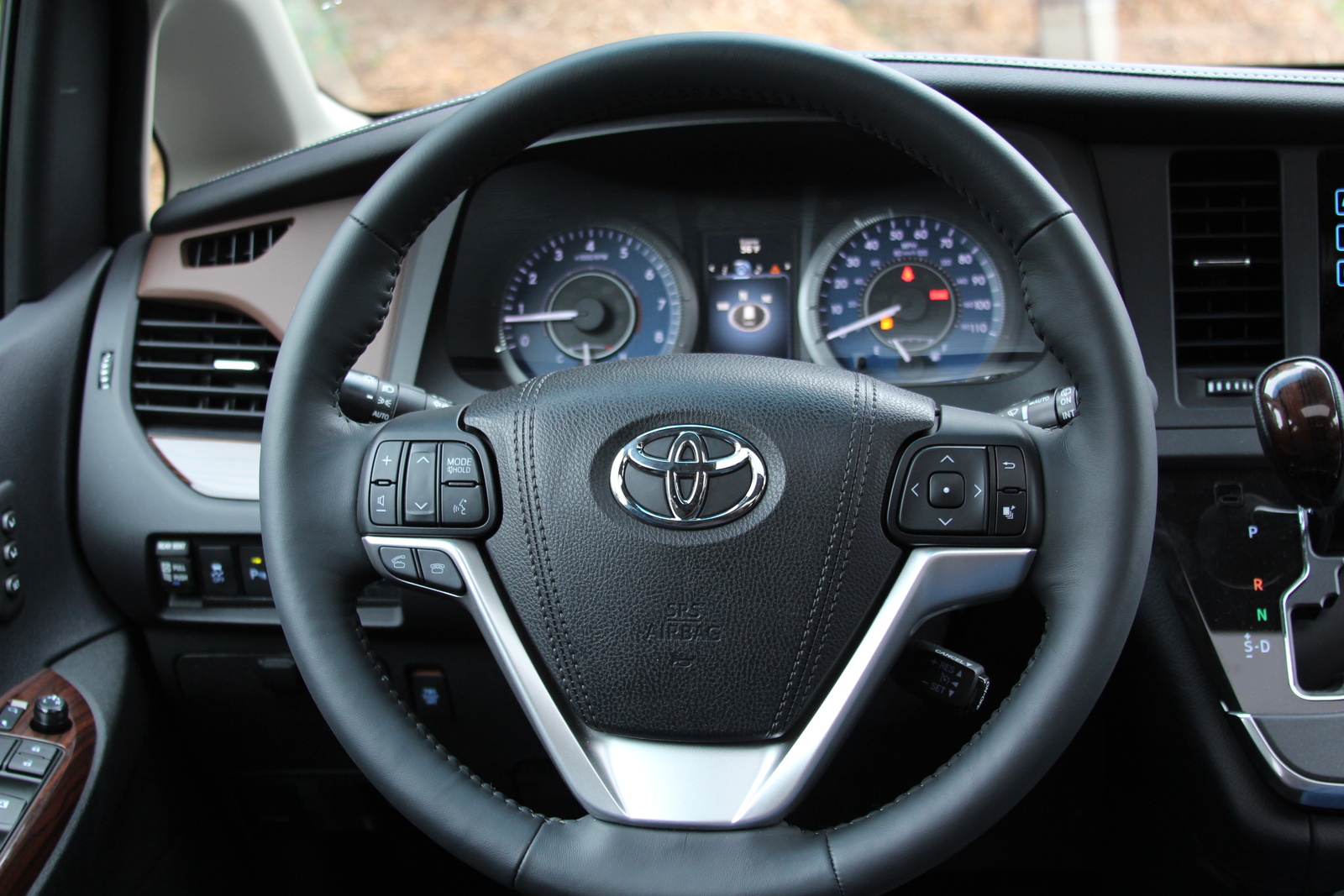 While the Sienna starts out at the L trim level with an MSRP just shy of $29,000, there’s a lot you can do to nearly double that price. After a major mid-cycle refresh in 2015, the Sienna has been upgraded with regard to interior materials and layout, making it much more tech focused. A similar level of improvement was seen in the chassis and suspension, resulting in an upgraded ride without fully losing the boaty quality that most minivans suffer. This is the major feature I’d advise you to pay attention to, as the SE trim boasts a stiffer “sport” suspension that, while not living up to the sport name, still improves the ride enough to lose the negative aspects of the Sienna's suspension.

If that’s not enough, the LE adds more features, like heated side mirrors, power-sliding doors and an 8-way power driver’s seat, an upgraded stereo with HD and satellite radio, 6 speakers, and a 7-inch touchscreen. You’ll also get privacy glass, body-color trim instead of black plastic, upgraded “easy-clean” fabric inside for spills, and Scout GPS Link app compatibility, allowing you to utilize your smartphone’s map/GPS system on the console screen. If you choose to upgrade to all-wheel drive (AWD), wheels move up to 18-inch alloys.

But the SE’s “sport” suspension is definitely something you should at least consider, and moving up to that trim level will find you in the $35,000 range, adding a tighter steering ratio, 19-inch wheels, a power liftgate, leather upholstery and steering wheel, heated front seats, and some additional “sporty” details like a unique gauge cluster, front fascia with foglights, LED running lights, and a mesh grille, as well as side skirts. Jump up to the SE Premium sub-trim and you’ll get a gorgeous sunroof, safety features like blind-spot monitoring with rear cross-traffic alert, a rear-seat entertainment system with a Blu-ray player, HDMI and SD inputs, dual 120-volt power supplies, and a dual-screen setup for the kiddos so you can play age-appropriate content for each side of the van. You’ll also get enhanced smartphone integration through Entune, as well as a navigation system.

Take a ride in the SE and see if you like the suspension setup. If not, and you still want all the fancy features, the XLE takes away all the “sportiness” while adding some fake wood trim, a 4-way power passenger seat, and power rear quarter windows, as well as keyless entry and ignition. The Premium sub-trim here adds the same features, plus rear parking sensors, but you can also go for the XLE Navigation package, which is essentially a de-contented Premium package that deletes the rear entertainment system and the blind-spot and cross-traffic alert systems.

But if you’re looking to break the $40,000 mark, you’ll have to go for the Limited trim, which gets all the XLE Premium’s toys and treats except for, strangely, the rear-seat entertainment system. This level sports a unique grille and 18-inch alloys, sunroofs and parking sensors front and back, premium leather, LED running lights, auto power-folding mirrors, a heated steering wheel, navigation, and a 10-speaker JBL Surround Sound audio system. To get the rear-seat entertainment system you’ll have to go for the Premium sub-trim, which will also add xenon headlights with auto high-beams, auto wipers, and third-row leatherette. Curiously, an Advanced Technology package is available for front-wheel-drive (FWD) Siennas, offering adaptive cruise and a forward-collision warning system. 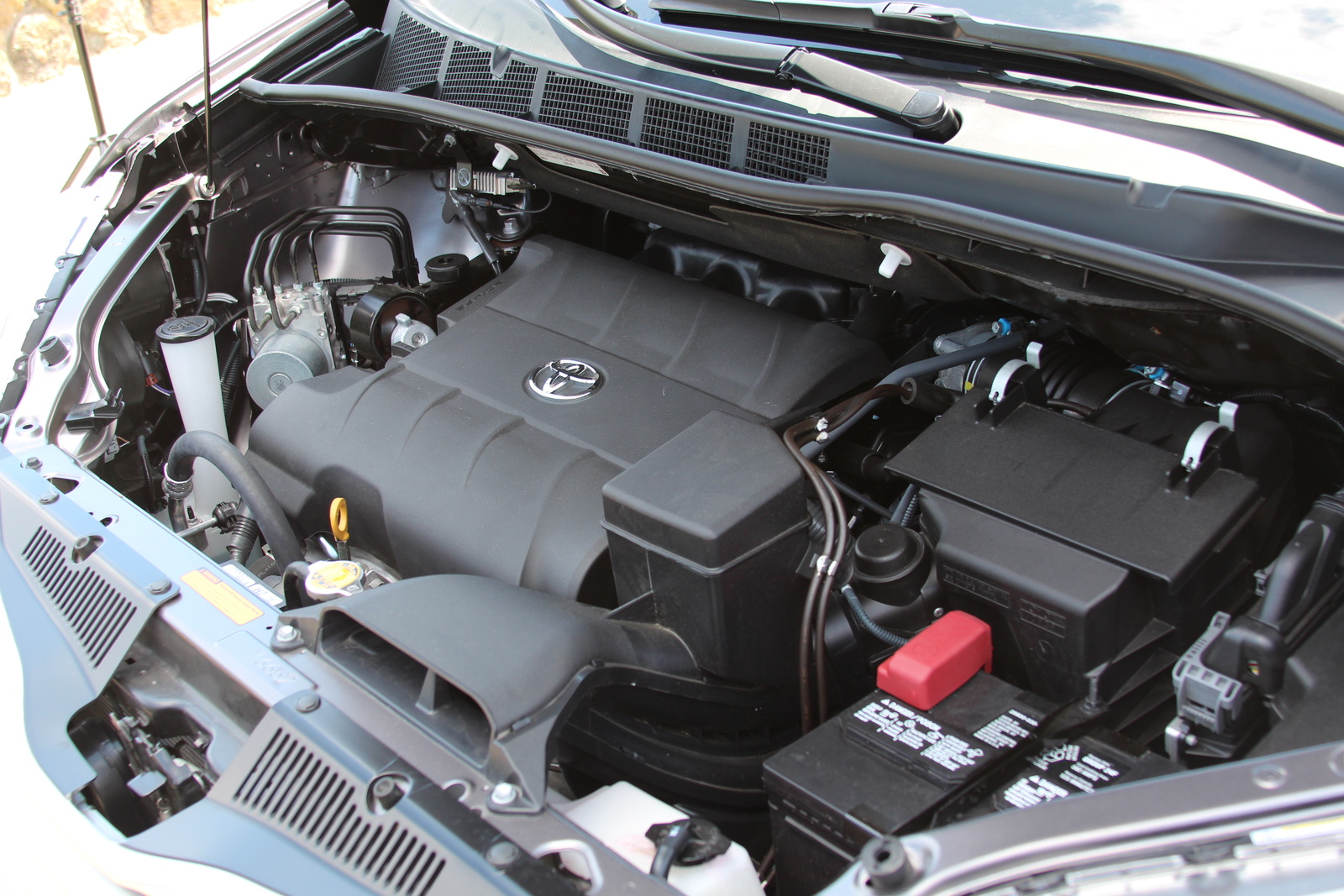 In a refreshing approach to typical trim delineation, every Sienna comes with the same powertrain: a 3.5-liter V6 mated to a 6-speed automatic transmission. While that’s good news for those opting for lower trim levels, those who pay more than one and a half times the price of the base MSRP for the top-tier trims might get a little salty about cruising around with the same engine and transmission.

Regardless, you’ll enjoy a stout 266 hp and 245 lb-ft of torque that are more than enough to motivate this 4,500+-pound behemoth. More impressive, the 6-speed automatic delivers 18 mpg city/25 highway for a combined EPA-estimated 21 mpg for FWD versions. AWD drops those numbers to 16/23 with a combined rating of 19, which I was easily able to achieve. There’s even a “sport” gear on the transmission that livens things up considerably and doesn’t seem to affect fuel economy to a detrimental degree. 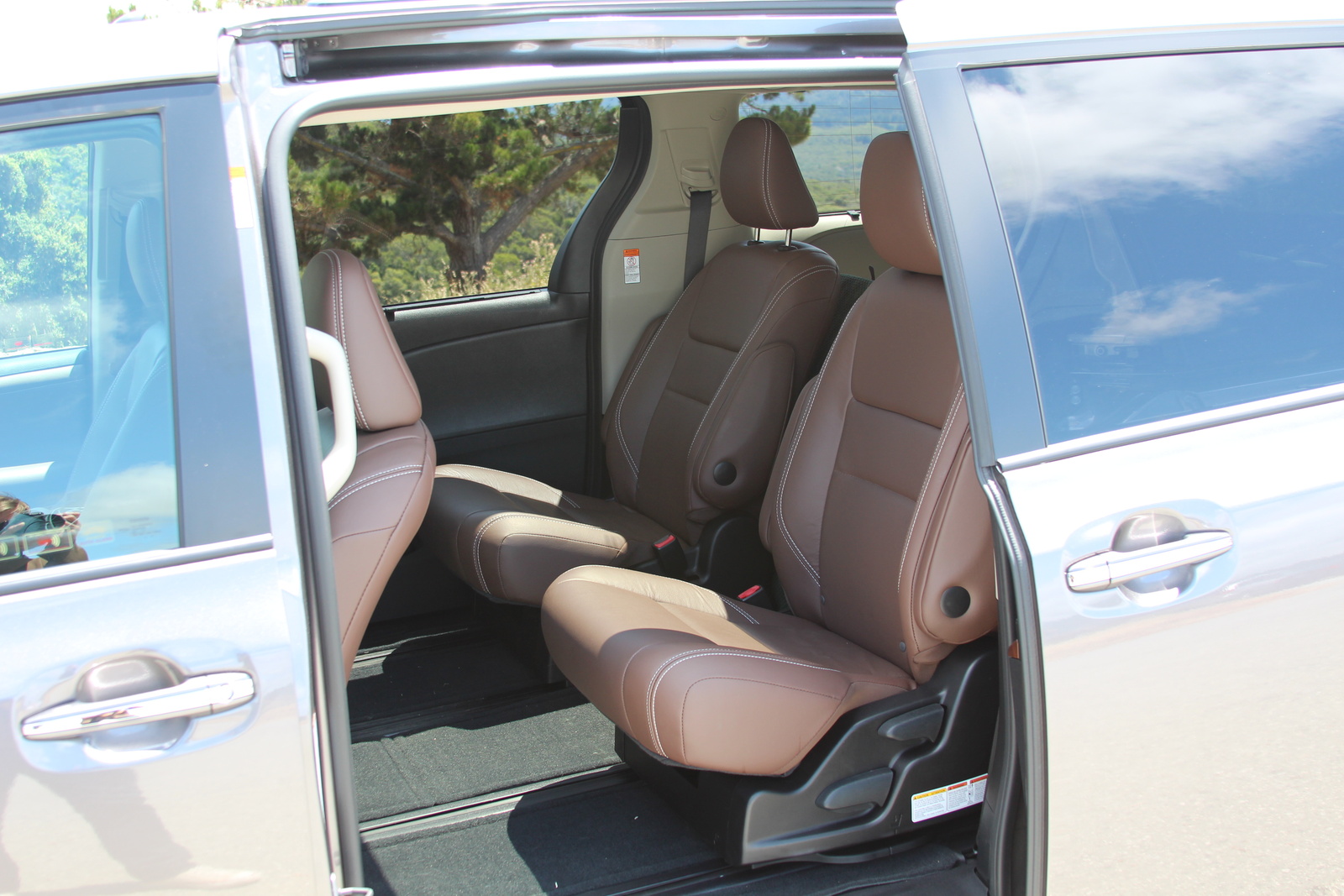 With 2015’s refresh, things are significantly improved inside the Sienna with regard to ride, materials, and layout. While the non-sport suspension of the Sienna can still exhibit a lot of wallowing and boatiness, it’s still more composed than it was previously. And really, if you’re not pushing the Sienna too hard, you likely won’t encounter any issues. It’s only because the “sport” selection on the transmission operated well enough to encourage confident cornering that I ran into any trouble.

Materials were upgraded all around, and things get even better in the higher trims with leather being swapped out for “premium” leather and faux wood trim making an appearance. Even more importantly, the center console was redesigned to be more driver-focused with regard to the ever-expanding list of tech all cars are sporting.

Seats are comfortable front and back, and third-row seats drop flat with one hand. The second row requires removal for a fully flat deck, and that can require a strong back, but fit parents should have no trouble. The entire rear has been designed with parents in mind, with large amounts of articulation on the second-row seats, allowing for a wide range of sliding back and forth for ease of entry, exit, and loading.

More than that, the rear entertainment system offers an overwhelming number of options for integration and application, with full connectivity for as many systems as we could theorize. We were even able to hook up the output from our camera into the system as we were filming, allowing us to view a live feed as we recorded while watching a movie on the other side of the screen. SE Premium trims and above also utilize the Driver Easy Speak system, which allows you to project the driver’s voice through the vehicle’s speakers, so you’ll never have to compete with whatever movie your kids are watching for the fiftieth time. 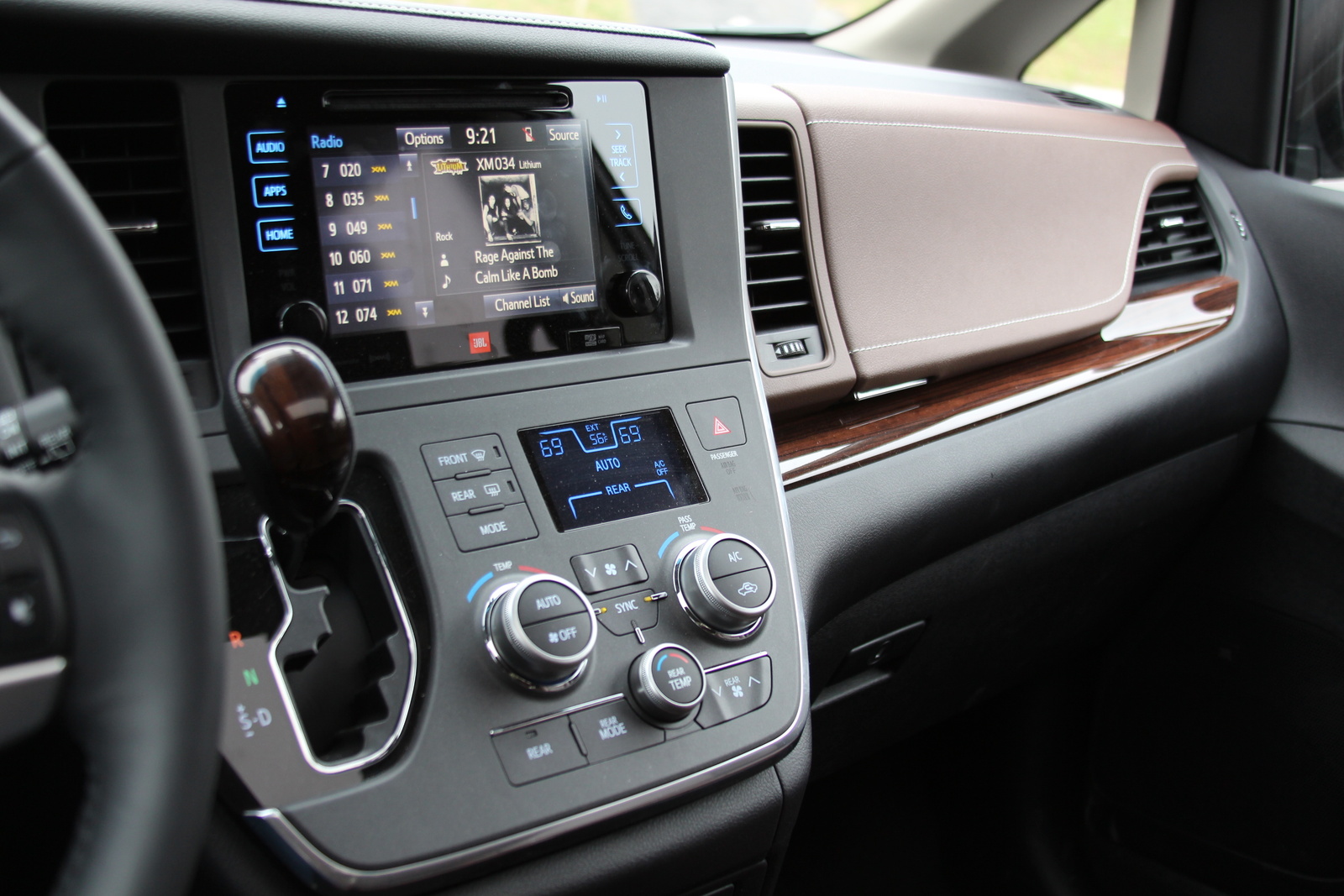 Even base Siennas are well equipped when it comes to technology. Automatic headlights, wiper heaters, tri-zone automatic climate control, and a 6.1-inch touchscreen with rear-view camera and Siri Eyes Free are all included. Things amplify quickly as you move up the trim ladder, with power everything, two stereo upgrades, a larger 7.0-inch touchscreen, and enhanced connectivity all included as you pay more. Front and rear parking sensors, blind-spot monitoring and cross-traffic alert, adaptive radar cruise, and a forward-collision warning system can all be added via packages or standalone options, but it’s the rear entertainment system with Driver Easy Speak that’s the real standout here. As any parent knows, a cabin of quiet kiddos is worth nearly any price, and offering entertainment options tailored to any age is a sure recipe to that end.

The shuffling of the rear entertainment system and the omission of the Advanced Technology package for the AWD Siennas is frustrating, but properly optioned, there’s little left to want with the Sienna. You just have to be willing to pay for it, and with a sticker price of nearly 50 grand, that should be expected. I’m especially bothered by the $300 upgrade for the glass-breakage sensor. What good is a security system without it? 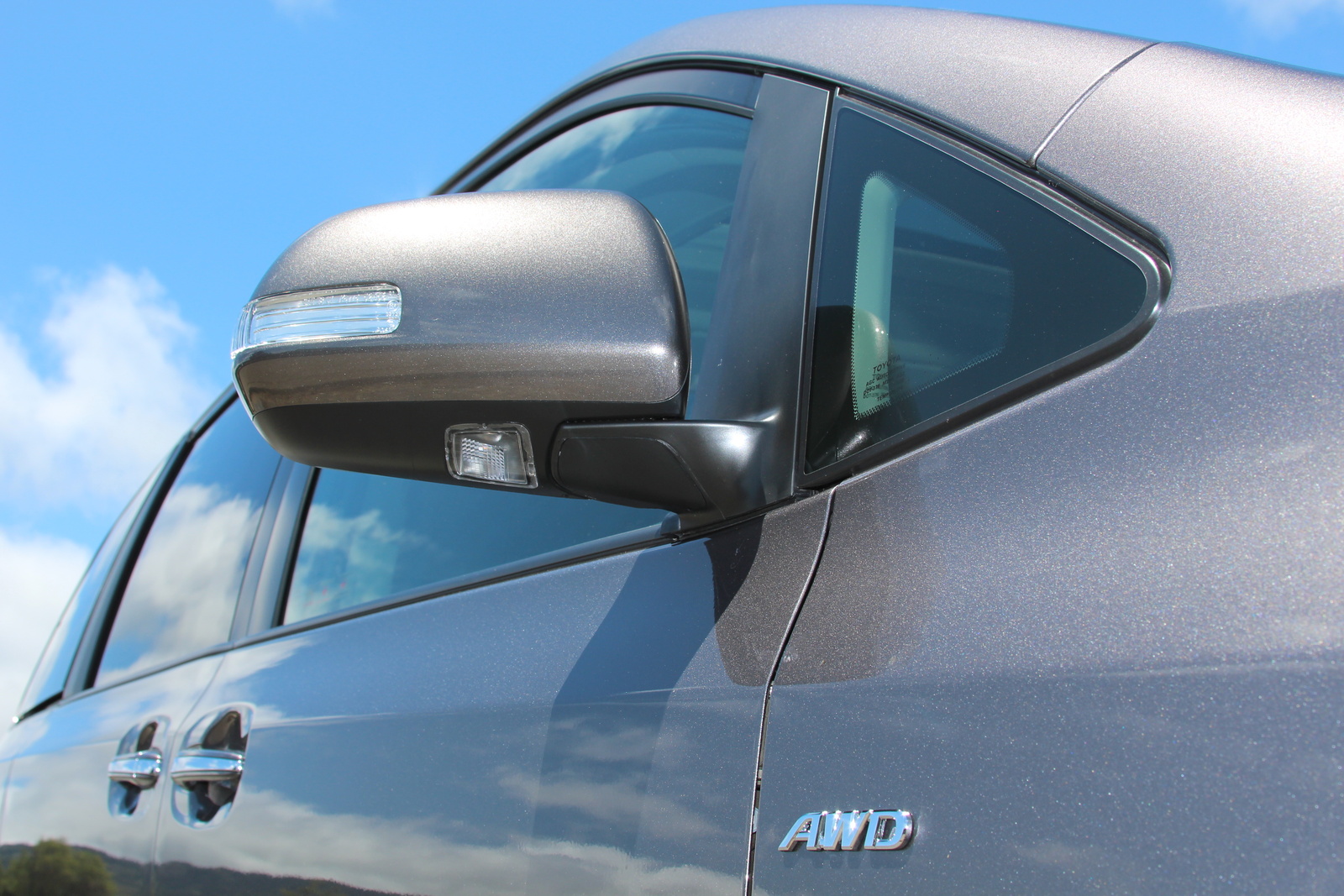 With all the usuals of traction and stability control, a full suite of airbags including driver’s knee and curtain length, and the options of blind-spot and cross-traffic alert, adaptive cruise, and a forward-collision warning system, it’s no surprise that the Sienna has scored very well in government and independent crash tests. Both the National Highway Traffic Safety Administration (NHTSA) and the Insurance Institute for Highway Safety (IIHS) have awarded their top scores overall for the Sienna, with only the NHTSA’s total frontal crash and the IIHS’s small overlap frontal-crash tests receiving the second-highest ratings. Additionally, the Sienna’s tested 125-foot 60-0-mph stopping distance slots it directly in the middle of the pack for minivans. 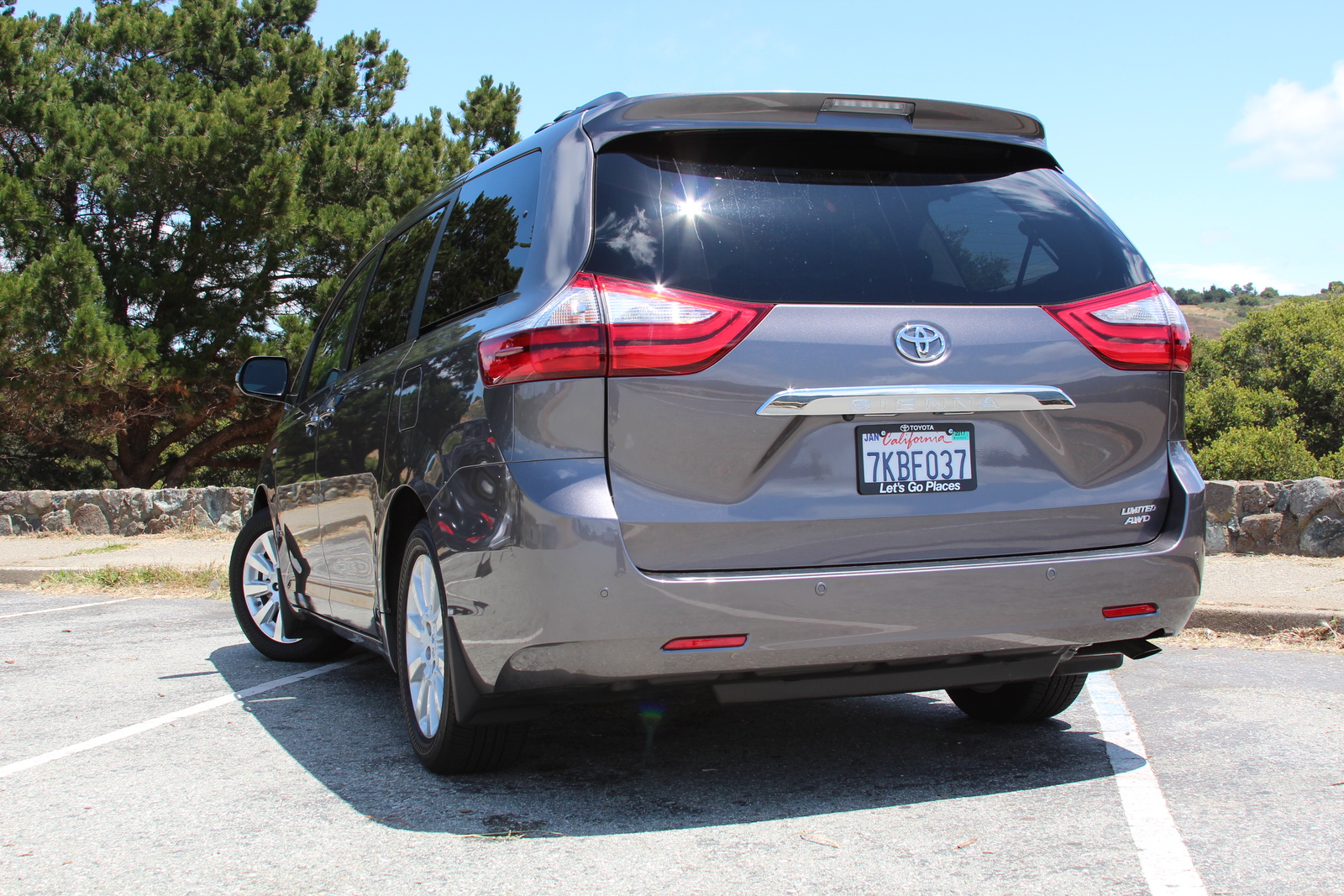 General reliability and repair data for the Sienna end up about average among competitors, although there was one recall on front seatbelts back in April for the 2016 model. Historically it’s been a class leader with regard to reliability, beating out even the Honda Odyssey in nearly every year. Recent tests with the 2016 have shown a slight dip here, but that’s to be expected with a model that’s just gone through a major refresh and large content upgrade.

Even with these issues, the Sienna remains a best buy for many independent critics, with resale values predicted to remain high down the road. However, there are no current rebates or incentives offered by Toyota. The Sienna does cost a bit more than competitors, but should retain value better as well. Still, you should test-drive alternatives such as the Odyssey and Sedona, as there are many worthwhile options in this class, which gets bigger this year with Chrysler's new Pacifica.

Users ranked 2016 Toyota Sienna against other cars which they drove/owned. Each ranking was based on 9 categories. Here is the summary of top rankings.

Have you driven a 2016 Toyota Sienna?
Rank This Car

The Auto Access Seat is a very rare factory installed option.I think that I read that there Toyota only manufactures 300 per year. If that is correct only one in 500 Siennas is equipped with an Auto...

116 views with 5 answers (last answer about a year ago)

When I click the open hatch button near the rear view mirror nothing happens. Is there some type of setting that has to be done in order for the hatch to open when I click the button?

You Want To Buy My Car?

Can I Put Regular Unleaded Gas In My E15 Car?

My 2016 toyota sienna says e15 only but there are not any gas stations near me that sell that type of gas. Can i use regular unleaded gas for this vehicle?

2016 Sienna, Light On Dashboard, Van And A Lock, What Does It Mean?