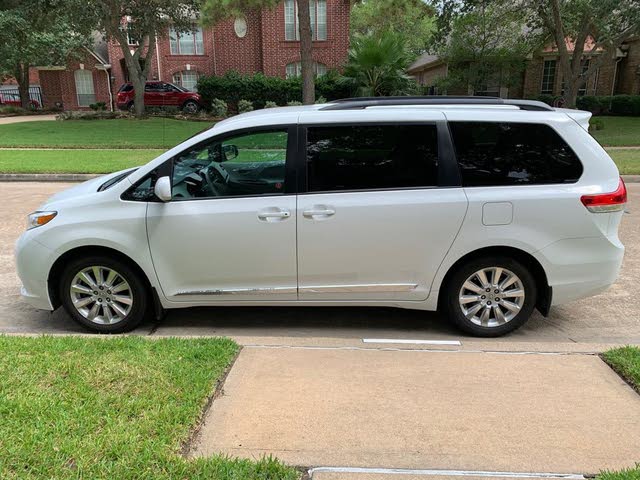 Competent suspensions and engines in the 2011 Toyota Sienna couple with extreme long-haul comfort for a solid minivan entry in a world where the minivan is quickly becoming antiquated.

The 2011 Sienna offers steering that some find too vague, poor around-town maneuverability, and a cheap feel in the Base and LE trims.

Will Toyota single-handedly keep the minivan on our streets? That depends on whether the changes made to the 2011 Sienna are enough to entice a whole new group of consumers to drive a vehicle that offers all the negatives of a sedan and a truck, with none of the benefits of ride quality or off-road capability. All we can say is – good luck.

Toyota is betting big that people aren’t sick of the minivan just yet, and backing it up with more than just words. The newest iteration of the Sienna, its third generation, gets fresh styling inside and out, a wealth of new options, an entirely new sport trim level, and optional four-cylinder power in 2011.

It’s a bold strategy, to say the least, but if it fails, at least no one can say it was for lack of trying. The 2011 Toyota Sienna comes in five trim levels, everything from the economical Base to the luxurious Limited and the sporty SE, has two capable and efficient engines, and remains the sole minivan with available all-wheel drive (AWD). It’s also enjoyed a redesign inside and out for 2011, with a body that is both wider and shorter in an identical wheelbase to last year's, offering additional interior room. If that weren’t enough, the sporty SE trim gets a unique front fascia and interior design, aggressive bold molding and smoked rear tail lamps, as well as 19-inch alloys and a lowered, sport-tuned suspension. It’s a bit stiffer than the base system and reverberates inconsistencies with greater conviction, but it also combats roll and lean well, fulfilling at least part of Toyota’s promise to deliver a minivan that’s fun to drive.

New-for-2011 standard fully electronic steering offers increased efficiency by removing load from the engine, but some testers have felt it has an over-assisted feel. Additional new options for 2011 include a widescreen, dual-view DVD entertainment system and a panoramic rearview camera. Couple that with the front/rear park assist, and the Sienna offers as much luxury and convenience as some European sedans. 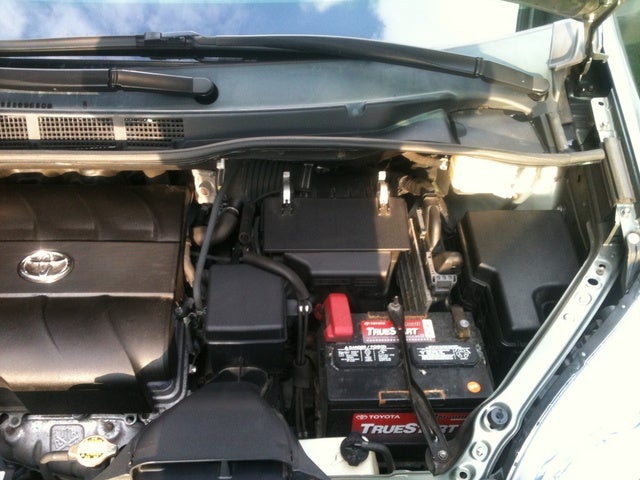 Base and LE trims are powered by a 187-horsepower, 2.7-liter, four-cylinder engine that offers ample power for family duty and around-town driving. On the highway, however, the 2.7 will strain to pass and climb, and sound quite harsh in doing so. Thankfully, optional for the Base and LE trims and standard in all others is a 266-horsepower, 3.5-liter V6, and both engines come solely with a six-speed automatic transmission. EPA estimates range from 19/26 mpg for a front-wheel-drive (FWD) four-cylinder Sienna to 16/22 for a trim with the V6 and AWD, both on regular-grade fuel. Surprisingly, the Sienna also offers a maximum towing capacity of 3,500 pounds, more than enough to tow a boat on family vacations.

The Sienna’s long wheelbase handles highway travel with ease, and only larger seams and divots produce any loss of composure. AWD trims come with run-flat tires that usually have a negative impact on ride quality, but seem to have little effect here. Toyota’s attempt to prove the minivan doesn’t have to be a boring vehicle can be seen in the sporty SE trim’s 19-inch alloys and lower, sport-tuned suspension. It’s been designed to combat roll and lean while avoiding harsh rigidity that would ruin long-distance travel. This is accomplished adequately, but an increase of bump resonance can certainly be noted.

Over-assisted electronic steering takes away a lot of the fun, but it will take little tuning for Toyota to get it right. In fact, some testers consider the steering setup just fine already, imparting a pleasantly neutral feel at all speeds. You’ll just have to decide for yourself.

While controls are arranged well and within reach, there are several aspects of the interior that take away from the Sienna's overall ambiance – especially in the Base and LE trims. Hard plastics with no sound deadening seriously detract, as does the fake velvet upholstery. Moving up to the XLE, SE, or Limited trims definitely upgrades the feel to more appropriate levels with leather upholstery and sport-themed accents.

With the option of a 7- or 8-passenger configuration, the Sienna offers several options, including special second-row captain’s chairs for the Limited and AWD XLE trims, which Toyota calls Lounge Seating. These leather recliners even offer leg and foot support from a fold-out ottoman, with even the standard seating offering 23 inches of forward mobility, enough to make third-row passengers forget they’re in the third row.

Safety features follow the same lead as in the rest of the vehicle, with an abundance of standards. Dual front and front side airbags are complemented by curtain side and driver's knee airbags. Four-wheel antilock disc brakes get brake assist and an antiskid system, and traction control and daytime running lights are standard features as well.

NHTSA ratings aren’t yet available, but for 2010 the Sienna scored a five-star rating in all tests except rollover resistance, in which it was awarded four stars.

Owners are very pleased with the engines – especially the V6 – and the overall comfort of the Sienna. While Toyota was attempting to make the minivan fun, they’ve fallen short of this goal, albeit with good intentions. The Base and LE trims feel a bit too cheap, and the SE isn’t sporty enough to be considered sporty, but the XLE and Limiteds are highly competent and comfortable examples for most people.

Users ranked 2011 Toyota Sienna against other cars which they drove/owned. Each ranking was based on 9 categories. Here is the summary of top rankings.

Have you driven a 2011 Toyota Sienna?
Rank This Car

I have a Toyota Sienna 2011, around 85,000 miles. We were driving on the highway and everything seemed fine and suddenly just "revved" when we hit the gas and didn't accelerate. Tried several time...

The brakes make an obnoxious "grinding" noise when braking hard. I don't think it is ABS activating and the brakes/rotors look fine. Took it to the mechanic and he was stumped as well. He even took it...

How to file a complaint against a NJS auto dealership?

Do You Guys Buy Cars

What Does A Red Flashing Light On The Dash Shaped Like A Car With A Lock Su...

I bought the van new and this has never been there before. There is no reference in the manual.