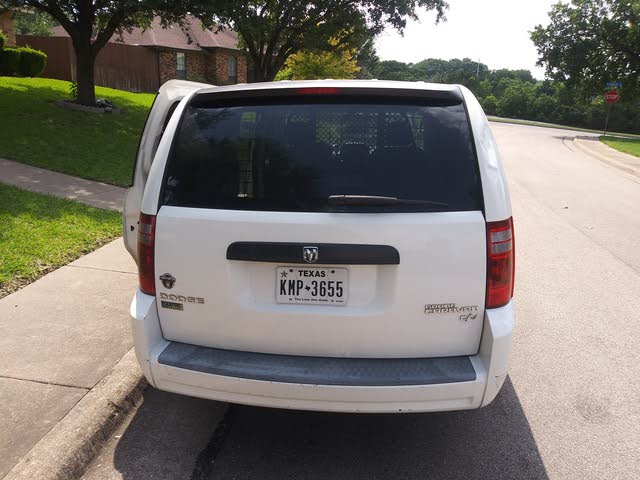 Less-powerful engines and lackluster interior materials and workmanship place the '09 Grand Caravan in the middle of a market it could easily dominate.

Although reviews of the 2009 Dodge Grand Caravan vary widely on a number of issues, the bottom line is that it's a safe and reliable minivan that packs a ton of standard features in addition to a warranty that’s second to none. Despite an aging exterior design, Dodge has a proven performer in the ’09 Grand Caravan.

The 2009 Dodge Grand Caravan (along with its Chrysler sibling, the Town & Country), though arguably outclassed by the Honda Odyssey, Toyota Sienna, and Hyundai Entourage, still offers a vanload of value.

Three trim levels, the C/V (Cargo Van), SE, and SXT are offered for the Grand Caravan in ’09. Imaginative rear seating configurations, outstanding roominess – over 141 cubic feet of cargo space with the second- and third-row seats folded flat - and the optional 4.0-liter V6 offset the boxy exterior, lazy 3.3-liter V6, and questionable interior materials and workmanship that some reviewers mention.

After a significant redesign in 2008 that included updated sheet metal, interiors, and powertrains, Dodge’s Grand Caravan benefits from a few additional changes in ’09. These include more standard features for the base C/V and SE trims and a few more options for the high-end SXT. In addition, each of the Grand Caravan trims have better brakes for ’09, and SXT owners who opt for the 4.0-liter engine will get a Euro-style sport-tuned suspension.

Though some professional reviewers are unwilling to recommend the ’09 Dodge Grand Caravan, most position it among the top minivans on the market. ConsumerGuide Auto pegs both the ’09 Grand Caravan and Chrysler’s Town & Country among its selections for a “Best Buy,” and The Car Connection rates the ’09 Grand Caravan second in its six “Best-Bang-For-The-Buck” vehicles. Car and Driver Magazine rates the ’09 Dodge Caravan third in a field of five popular models.

It is granted by nearly all professional reviewers that the '09 Grand Caravan is not quite as sporty as the Odyssey nor as plush as the Sienna, but few disagree that the 2009 Dodge Grand Caravan offers the best value in its class. (Chrysler is scheduled to build the new Routan for Volkswagen based on the Grand Caravan/Town & Country design.) 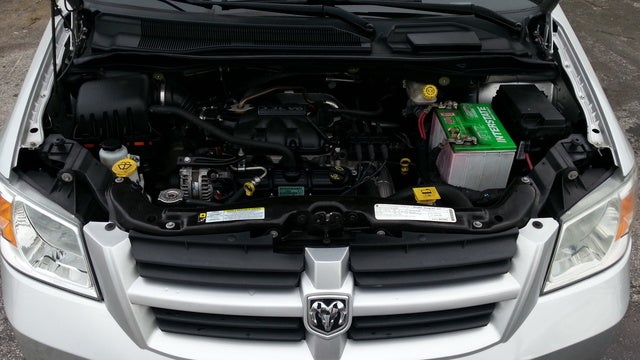 The base C/V and SE Grand Caravan trims for 2009 pack a standard 3.3-liter OHV V6 that ekes out 175 hp at 5,000 RPM and 205 lb-ft of torque at 4,000 RPM. A four-speed automatic transmission is standard with the 3.3-liter, allowing it an EPA-estimated 17/24 mpg. Reviewers have noted that the 3.3-liter engine has problems merging and passing on the highway; this is not surprising, considering the Grand Caravan's 4,300-pound frame.

The top-end Grand Caravan SXT trim for ’09 features a standard Flex Fuel 3.8-liter OHV V6 that, mated with a six-speed automatic, grinds out 197 hp at 5,000 RPM and 230 lb-ft of torque at 4,000 RPM. The EPA estimates mileage at 17/25 for the 3.8-liter V6, which runs equally well on regular gasoline or ethanol-based fuel. Professional reviewers rate the 3.8-liter V6 as fine around town and a bit better on the highway than the 3.3-liter engine.

Optional for the 2009 Grand Caravan SXT is a 4.0-liter V6 reviewers feel is a far more suitable powerplant for such a heavy vehicle. With the standard six-peed automatic transmission, the 4.0-liter V6 pounds out 251 hp at 5,000 RPM and 259 lb-ft of torque at 4,100 RPM with EPA estimates of 16/23. Though happier with the 4.0-liter V6, many professional reviewers find the best Toyota, Honda, and Nissan motors are measurably superior in power and acceleration to the Grand Caravan's.

The 2009 Dodge Grand Caravan features a front independent suspension with modified MacPherson struts and a front stabilizer bar. A solid-axle rear suspension supports the Grand Caravan's hefty body and allows a towing capacity of up to 3,600 pounds when properly equipped. The Grand Caravan SXT with the optional 4.0-liter V6 is delivered with a Euro-style sport-tuned suspension that's been tweaked for 2009.

Most reviewers and virtually all owners find the Grand Caravan to ride reasonably smoothly and, above all, quietly. Reviewers also find the Grand Caravan to have a surprisingly tight turning radius, though nearly all note pronounced lean in hard cornering. The 4.0-liter-equipped SXT, with its stiffer suspension, isn’t quite so forgiving of bumpy roads and rides a bit more noisily, but it corners and handles considerably better than trims with the standard suspension package.

All ’09 Grand Caravans are delivered with 16-inch wheels (steel for the SE trim and alloy for the SXT) and four-wheel power disc brakes. For the SXT trim level, 17-inch aluminum wheels are an available option.

For 2009, the Grand Caravan C/V and SE trims offer such standard comfort and convenience features as front cloth bucket seats, air-conditioning, cruise control, power windows and door locks, power heated outside mirrors, remote keyless entry, Stow ‘n’ Go second-row seating (in the SE), tilt-wheel steering, and a single-disc, MP3-compatible CD player, with two speakers in the C/V trim and four in the SE. Options for the ’09 C/V and SE trims are numerous and, as is common with Dodge, convoluted. Depending on the package selected, options for the C/V and SE can include the ParkView backup camera system, power-sliding doors and liftgate, an auto-dimming rearview mirror with Bluetooth enabled, UConnect hands-free communications technology, a hard-drive navigation system with SIRIUS satellite radio, a CD/DVD player, and a roof rack. Options for the SE trim only include three-zone temperature control, rear-seat single-screen DVD entertainment, an outside temperature display, Swivel ‘n’ Go second-row seating, power-adjustable pedals, remote start, and Easy Clean stain-resistant fabric.

Owners are well-satisfied with the 2009 Dodge Grand Caravan. Nearly all owners mention that this versatile minivan has wooed them from their gas-hungry SUVs and just-plain-too-small crossovers.

Complaints were few by owners of the ’09 Grand Caravan, with most involving the tight fit for adults in the third row, difficulty with stowing the second-row Stow ‘n’ Go seating, and the fact that the front seats have to be moved all the way forward to fold the Stow ‘n’ Go seating flat into the floor. One owner did mention an issue with brake noises as well. Interestingly, few owners mention the Grand Caravan's exterior styling, ordinarily a huge point-getter for Dodge and Chrysler vehicles.

A Lifetime Limited Warranty, roominess, comfort, gas mileage, a smooth ride, effortless acceleration (at least with the 4.0-liter engine), and options such as the Cross Path, ParkSense, and ParkView backup systems and family-friendly rear-seat entertainment systems mean, in a word, value. This is true for virtually all owners of the 2009 Dodge Grand Caravan.

What's your take on the 2009 Dodge Grand Caravan?

Qballer2019 Just pure junk from the transmission and the engine terrible Dodge just plain terrible I would never buy another Dodge product ever recall this recall that car won't start transmission is not shifting going into limp mode engine tapping but have plenty of oil in it just junk stay away from it.

Users ranked 2009 Dodge Grand Caravan against other cars which they drove/owned. Each ranking was based on 9 categories. Here is the summary of top rankings.

Have you driven a 2009 Dodge Grand Caravan?
Rank This Car

need to make sure it not a fuse

Can I Can The Tire Size

Radiator Fan Does Not Kick On

Hi, our car was overheating and we noticed the fan wasn't running. Checked the fan motor with 12v, it ran high speed. Mechanic said the overheating problem is either the radiator or the water pump. ...