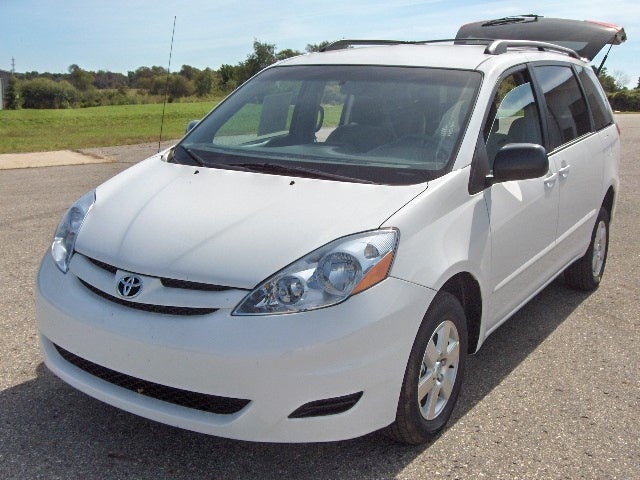 Average user score
4.3 ⁄ 5 stars
Based on 20 reviews
Great Family Car, Comfy For Long Trips, Can Haul Anything by taximom3 — I like everything about this car. I wanted the option of sliding the middle row seats together, so the car seat wasn't right next to the door. The 3rd room is a split row, so you can put either side... Read more
It's A Minivan For Gods Sake!!! by Jerry — With 3 kids you need one Read more
Awesome Minivan. by mookie1177 — PROS I'm a new dad & Minivan w/ the convenience package is awesome. Power slide doors + lift gate. Loading the baby seat is so much easier than having a sedan. Backup camera almost seems like a mus... Read more 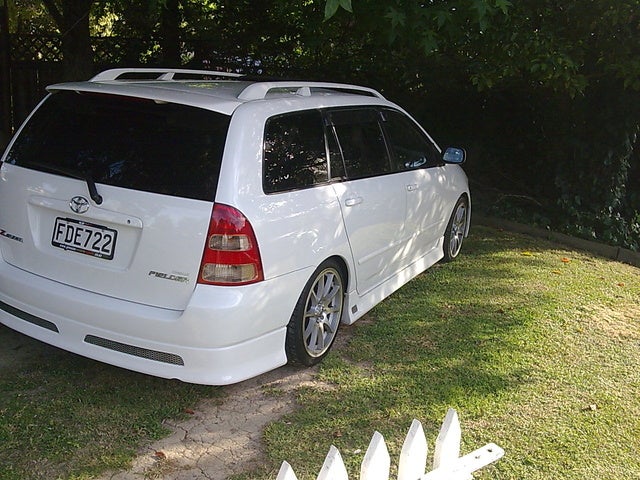 After a series of updates in 2007, the Toyota Sienna minivan receives no significant changes for '08.

The second-generation Sienna has earned considerable praise for its flexible seating configurations, unintrusive ride, a myriad of desirable convenience features, and the exclusive availability of all-wheel drive. Consumers have reported few shortcomings, but some drivers have expressed frustration with the high cost of option packages and the inconvenient bundling of add-ons. And while the Sienna's suspension cushions the ride nicely, the minivan can feel a bit unsteady when negotiating turns.

New Siennas (2007 onward) have also received acclaim for their potent V6 powerplant, which helps make Siennas the most powerful minivans on the market. All Sienna variants house a 3.5-liter DOHC V6 that generates 266 horsepower and 245 pound-feet of torque. The engine is mated to a smooth-shifting five-speed automatic transmission. Fuel economy is quite reasonable regardless of the drivetrain; the EPA estimates 19/25 mpg with two-wheel drive, and 18/23 mpg with AWD, city/highway. The Sienna will zip from 0 to 60 mph in about eight seconds.

The Sienna continues to build upon its reputation of being one of the premier family vehicles, as Toyota build quality merges with a spacious interior and considerable travel flexibility. The Sienna will hold 149 cubic feet of cargo, and a special tow-prep kit allows it to haul up to 3,500 pounds. All Sienna trims come equipped with dual sliding doors, front and rear air conditioning, a six-speaker audio system, keyless entry, and full power accessories. Only the base-level CE does not offer AWD. The AWD is bundled with run-flat tires, 17-inch wheels, and a windshield wiper de-icer.

Most options are packaged together, and the availability of extras depends upon the trim level. The upper-tier XLE and XLE Limited models can be equipped with a DVD-based navigation system, Bluetooth, a rear backup camera, and a DVD entertainment system.

Philip Only weak point is the navigation system. Updates are ridiculously expensive.

Users ranked 2008 Toyota Sienna against other cars which they drove/owned. Each ranking was based on 9 categories. Here is the summary of top rankings.

Have you driven a 2008 Toyota Sienna?
Rank This Car

I think the engine of my Toyota minivan siezed up and is completely destroyed. How much does it take to put in a new engine?

About a year ago the slip indicator light (car with swervy lines) started coming on intermittently while turning on highways etc. (but not when any risk of tire slipping). Brought to Toyota, they s...

My Toyota Sienna LE 2008 Has 3 Lights Come ON The Dashboard : Check Engine...

My Toyota Sienna LE 2008 has demonstrated this problem 4 times now and after being fixed by the authorized service center thrice. It is back in the shop for the 4th time for the exact same reason. Th...

Are The Power Sliding Doors Interchangeable On The 2007 And 2008 Sienna?