America's muscle sedan brings something for almost everybody. 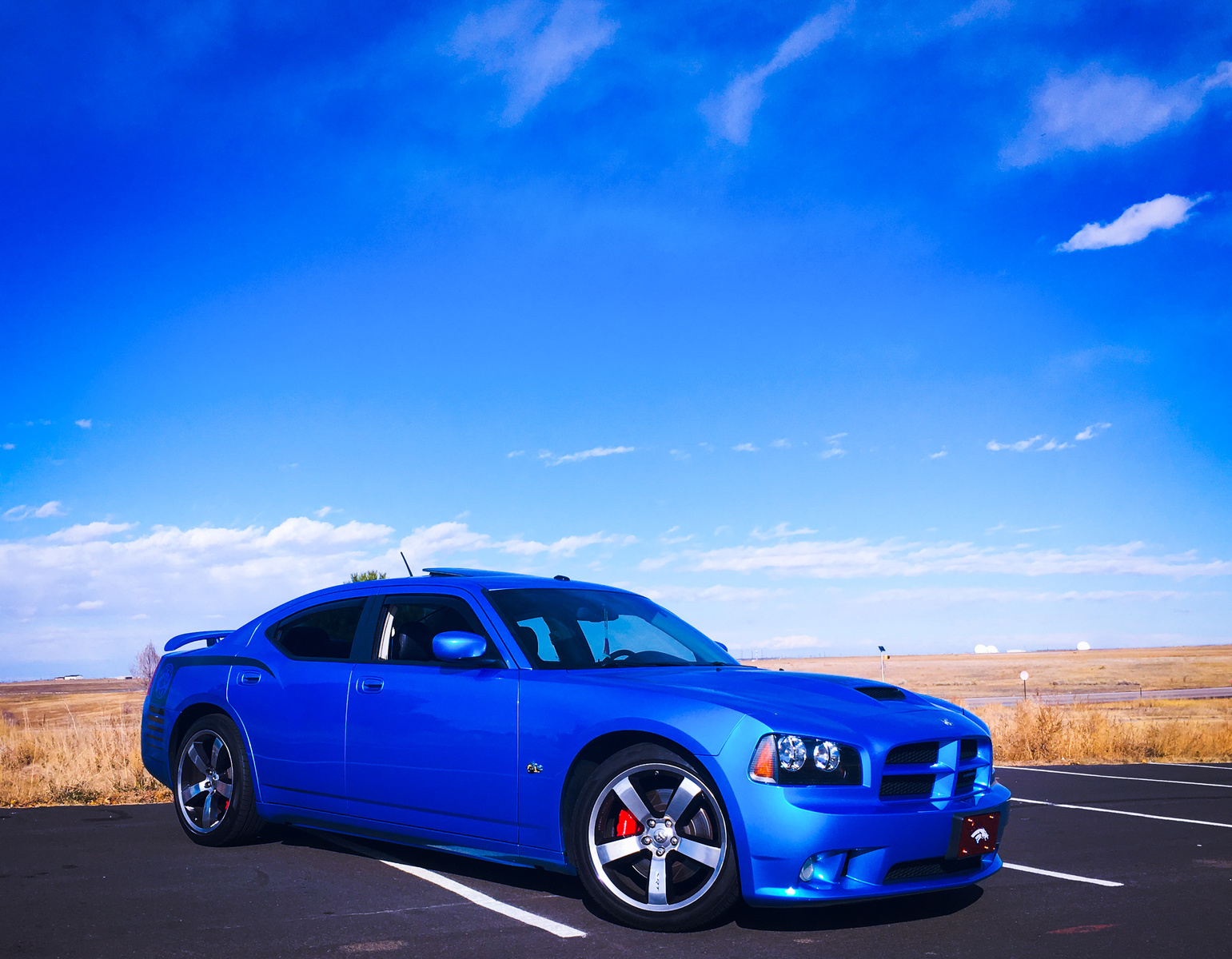 Since relaunching the Charger name as a modern 4-door sedan for 2006, Dodge has continued its streak of building aggressive-looking cars with big engines. Very few changes are in store for the 2008 model year. Most notable is a better-quality interior. 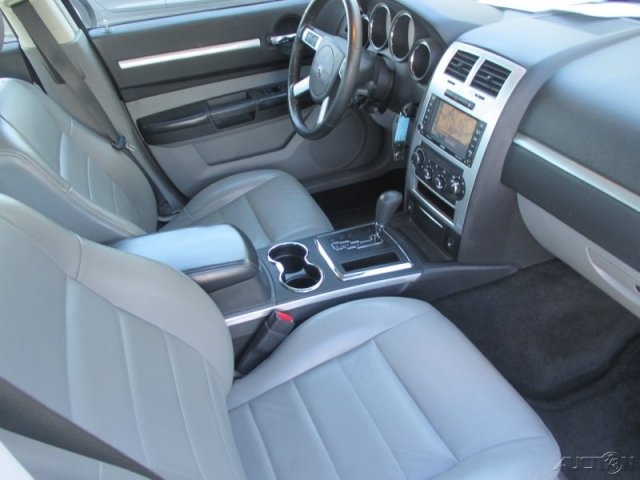 Is any sedan more brash, menacing, or silly than a Dodge Charger? There's something refreshing about designing an average family sedan to be obnoxiously aggressive and not care so much about the many people who won't think of buying one. But that's Dodge—and its doing well by it. The wide crossed grille and dark-tinted headlights appear to be snorting and squinting. The tall body panels and slim glass create a chopped roof effect like those of 1930s hot rods. When dressed in bright colors, 20-inch rims, spoilers, and silly decals, the Charger isn't just a poseur—it's a doer, and it'll do loud, fast, and dumb things all day. Can't say that about a Camry or a Fusion.

The interior is a bare-bones warehouse that's been upgraded with (some) softer materials for 2008. Hard cheap plastics still prevail, and it's an ugly space by any measure. But being seen in a Charger is what counts, because nothing else on the road looks like it. The police love the intimidating looks so much they're buying them straight from Dodge as factory cruisers. 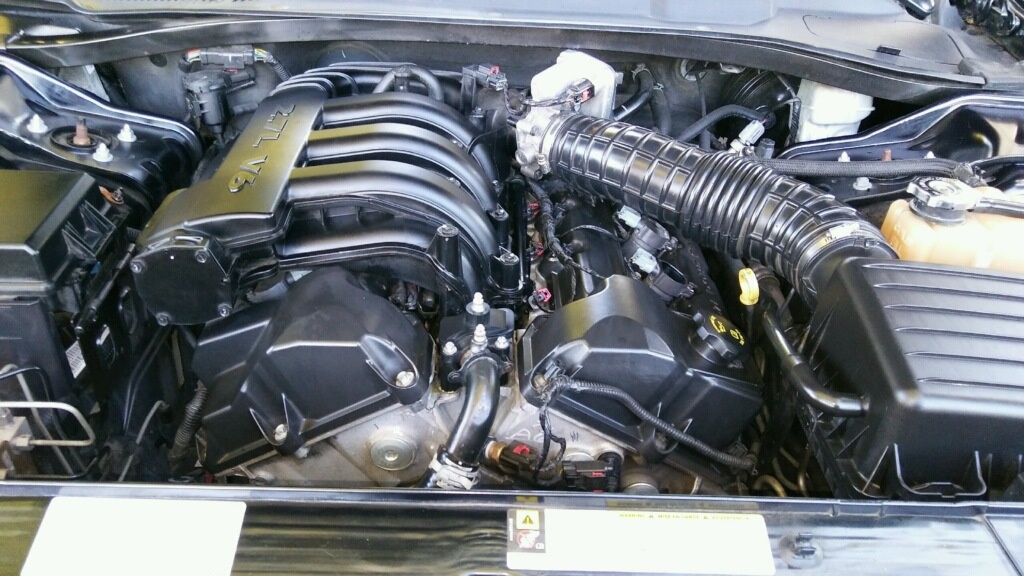 Based on the Mercedes-Benz E-Class from the 1990s, the Charger and its clones (the Dodge Magnum and Chrysler 300) are an American-German mashup from the short-lived DaimlerChrysler era. That means good solid bones from expensive luxury cars, including the suspension components and certain transmissions. Disregard the base Charger SE and its 2.7-liter V6, which has only 178 horsepower and 190 pound-feet of torque to move a heavy car. The 3.5-liter V6 and the 4-speed automatic are the better pair on the SE Plus and SXT, with 250 hp and 250 lb-ft. That would be enough for most people, but the better Charger models aren't for most people.

Those are the R/T and Daytona R/T, which pack a 5.7-liter Hemi V8 with 340 hp (350 on the Daytona), 390 lb-ft of torque, and a 5-speed automatic. All-wheel drive (AWD) is optional on the V8 R/T and V6 SXT; all other trims are rear-wheel drive (RWD). To reach peak Charger, you must buy the SRT8 and brace for a 6.1-liter V8 with 425 hp and 420 lb-ft. The SRT8 also comes with Brembo brakes, 20-inch summer tires, and a stiffer suspension. Yes, it's loud. The ride on any Charger falls on the stiff side, and their weight and imprecise steering make them feel like the 1960s muscle cars they really are. 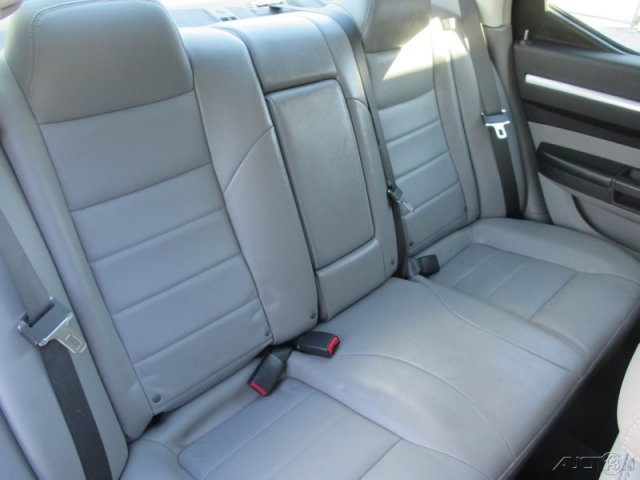 What's helpful about the Charger's terrible interior is that there's nothing at all nice to distract you. The blue-tinted gauges are the best part, and the optional Uconnect system incorporating the stereo and navigation is easy to use. So are the climate controls, which look pulled out of a commercial Ram truck. To make matters worse is the roof. No one approaching six feet is ever comfortable in the back seat, and as a driver, you can't really see out the back. The 16 cubic feet of space in the trunk is good. Dodge just hopes you'll be driving too fast to notice how poorly made and designed it is inside. 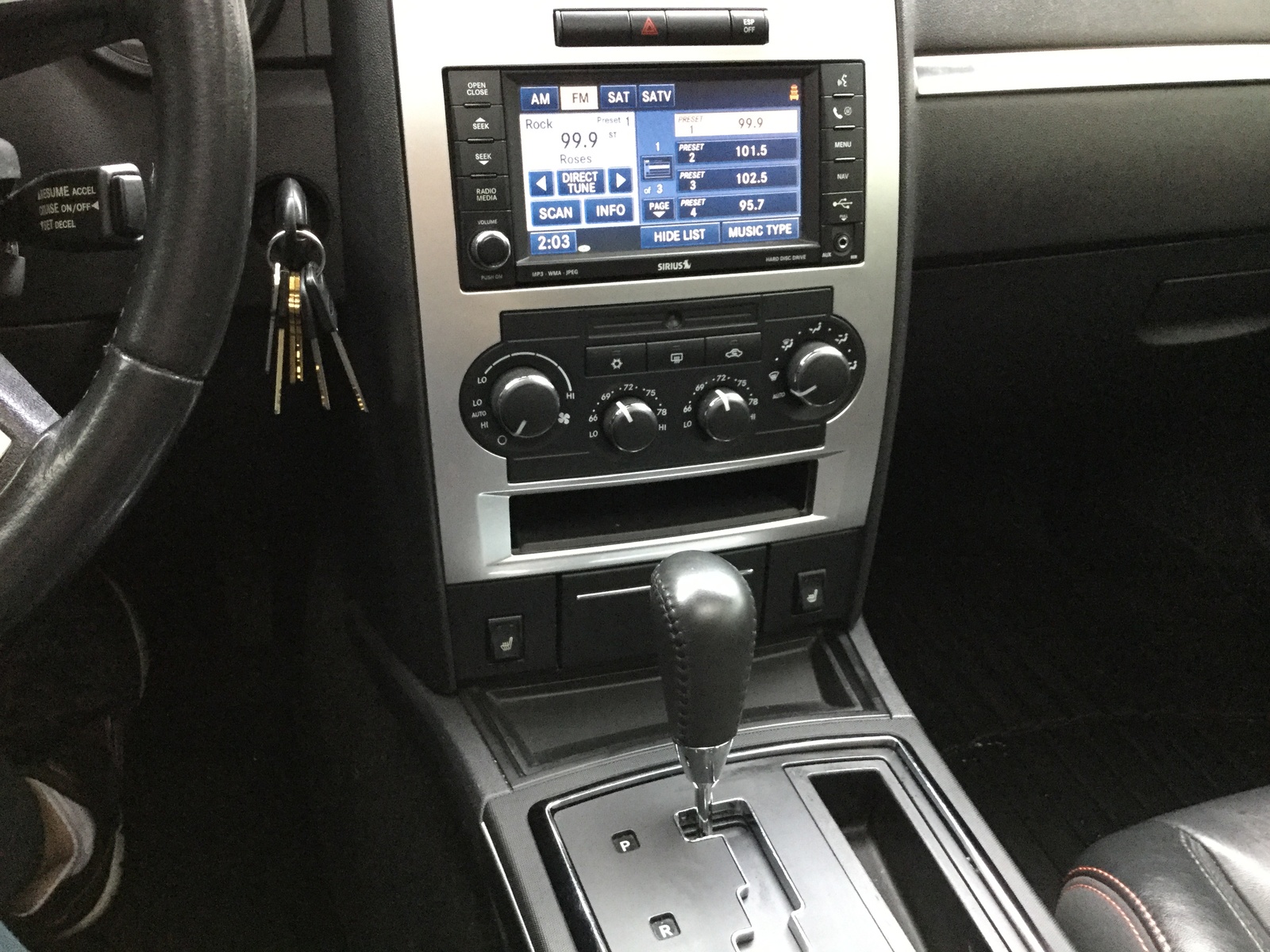 The base Charger has air conditioning, a four-speaker CD stereo, cloth seats, 17-inch steel wheels, power windows/mirrors/locks, cruise control, and remote keyless entry. Good, but avoid it unless there are options that include 18-inch wheels, Bluetooth, satellite radio, a power driver's seat, and an auto-dimming rearview mirror. The SE Plus has the better engine, plus alloy wheels and disc brakes. Things get cushier with the SXT, which is one of the few cars on sale with power-adjustable pedals. It also comes with an upgraded stereo and heated mirrors. More SXT options include 18-inch wheels, heated leather seats, dual-zone climate, Boston Acoustics stereo, auto headlights, navigation, moonroof, and an onboard hard drive for storing music called MyGIG. New for 2008 is a rear entertainment package that lets people crammed in back play a movie, should they have to sit there for 2 hours.

The R/T can be equipped with a trip computer, remote start, illuminated cupholders, and microsuede seat inserts. The SRT8 is available with a subwoofer and surround sound. 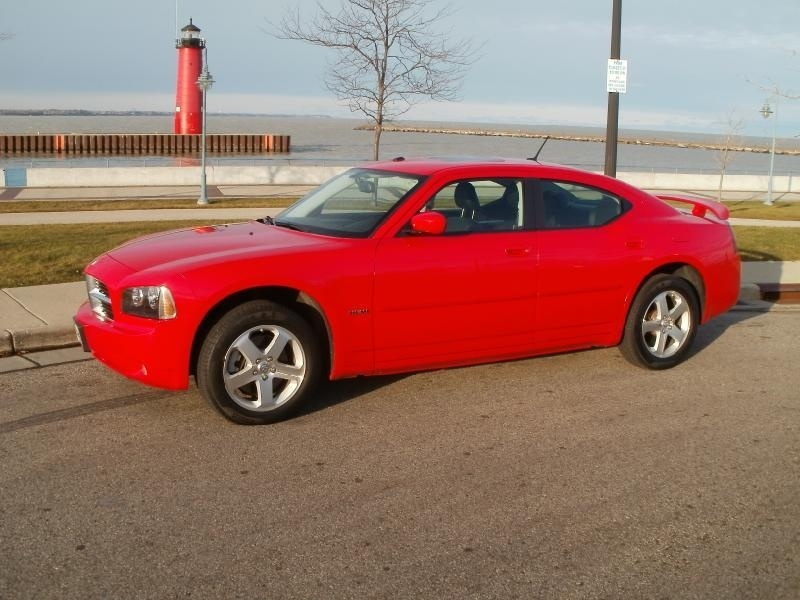 The 2008 Charger comes with dual front airbags and ABS as standard. Traction and stability control are standard on all trims except the SE, where they're optional when the SE is equipped with four-wheel disc brakes. Front side airbags and front and rear head curtain airbags are optional on every trim. The Insurance Institute for Highway Safety (IIHS) has not tested the Charger but applies scores from the Chrysler 300. Since they are two separate cars with entirely different body panels, CarGurus will not report these tests as applicable. The National Highway Traffic Safety Administration (NHTSA) rated the 2008 Charger five out of five stars for the driver and passenger in a frontal crash, four stars for the driver in a side crash, and five stars for the rear passenger in a side crash.

The 2008 Dodge Charger starts at $21,350 for the SE. Other popular trims include the $28,035 SXT AWD and $30,755 R/T RWD. The SRT8 bases at a $36,355 minimum. The Charger is crude and cheap-feeling inside, but its performance and exterior style are way past the competition. Add in the availability of AWD and impressive tech options, and there's some good value in this bonkers Dodge sedan.

Gerald M I own a 2008 dodge charger DUB edition. I would like to know the value of it.

Users ranked 2008 Dodge Charger against other cars which they drove/owned. Each ranking was based on 9 categories. Here is the summary of top rankings.

Have you driven a 2008 Dodge Charger?
Rank This Car

It Won't Even Turn Over

I have a 2008 dodge charger 3.5 the water pump seized up on it and I got a water pump kit with the new timing belt and changed it all out , now all the pulleys turn when I turn the key to start it...

Car Will Crank But Will Not Start

My 2008 3.5L Dodge Charger will not start, there is no spark. could it be the computer, fuel pump is good. please help!!!

So here's what I had going on, I had just changed the plugs for the second time since I bought the car, and this time I decided to change the coils as well. When I was done the car started fine and...

I have a 2008 Dodge charger, that was running off a little rough and idle a bit high, so I changed the spark plugs and coil packs. Afterwards, I started the car it rained great for about 3 seconds ...

To Much Money To Give Up.

So I bought a 07/08 Dodge Charger SE I’ve so far put about 7k into it for repairs. (Probably a waste of time) everything under the hood has been replaced. But as about a month or so ago I started h...