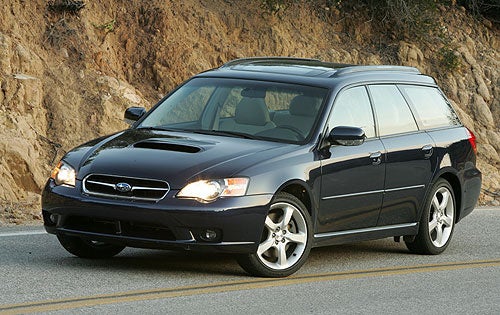 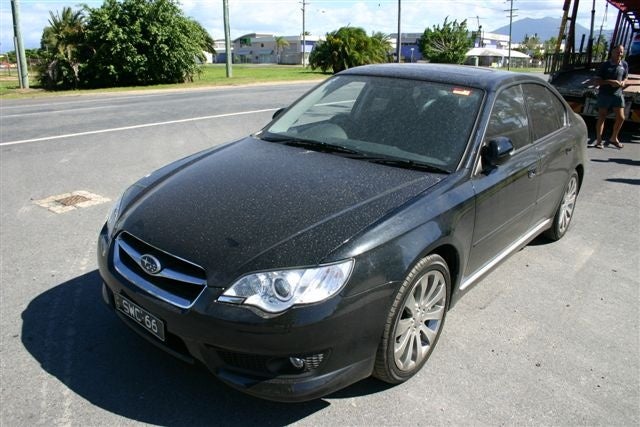 Subaru's most popular nameplate and the one that has outlasted all others gets few changes since its recent upgrade. The most notable addition to the 2007 Subaru Legacy is a new GT spec.B engine, available only in the sedan, for WRX-like performance.

The 2007 Legacy comes as a sedan or wagon, with seating for 4 or 5. You have your choice of a 2.5i, featuring a 175-hp 2.5-liter, 4-cylinder engine or a turbocharged version in the GT trims that hits 243 hp. All 2.5i trims, including Base, Limited and Special Edition, come with a 5-speed manual or 4-speed automatic, while the GT Limited also has a 5-speed automatic, and the GT spec.B features only a 6-speed manual from the WRX. Another interesting innovation for the 2007 Legacy GT models is SI-Drive. The Subaru Intelligent Drive allows you to choose between 3 engine modes for optimum performance—Intelligent, Sport and Sport Sharp.

The new GT spec.B Legacy also adds much more luxury inside, to go along with its high-performance engine. Heated leather seats and a navigation system are standard. It also features a stiffer suspension and less body roll than the GT Limited. Stability and traction control are standard as well.

ABS brakes, all-wheel drive, and 6 airbags are standard across the 2007 Legacy lineup. Wagons have roof rails and a rear spoiler. The 60/40 split-fold rear seats fold flat and have a trunk pass-through for long objects. Owners give high marks to its all-wheel-drive performance (the Legacy is popular in northern climes), interior comfort, high safety ratings and quiet ride. Negatives appear to be limited rear legroom, a small glovebox, and the need for more storage compartments.

Users ranked 2007 Subaru Legacy against other cars which they drove/owned. Each ranking was based on 9 categories. Here is the summary of top rankings.

Have you driven a 2007 Subaru Legacy?
Rank This Car

Helpneeded4subarulegacy asked a 2007 Subaru Legacy 2.5 i Maintenance & Repair question about a year ago

Hi, I have a subaru legacy 2007 and the check engine light keeps coming on every few months and the cruise control light noble at the same time. I've also been losing coolant. I've had our scanne...

18 views with 13 answers (last answer about a year ago)

Hello. I am after a little advice if possible please. The ilm fuse keeps blowing on my car when i turn the side lights on. The side lights still all work but it stops the interior dashboard lights...

Why Does The Airbag Light Stay On

Turn the ignition and on comes the airbag light