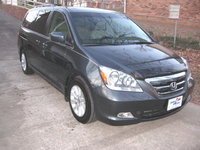 Chrysler may have created the modern minivan, but the 2006 Honda Odyssey shows how to do one of these people and cargo haulers right. 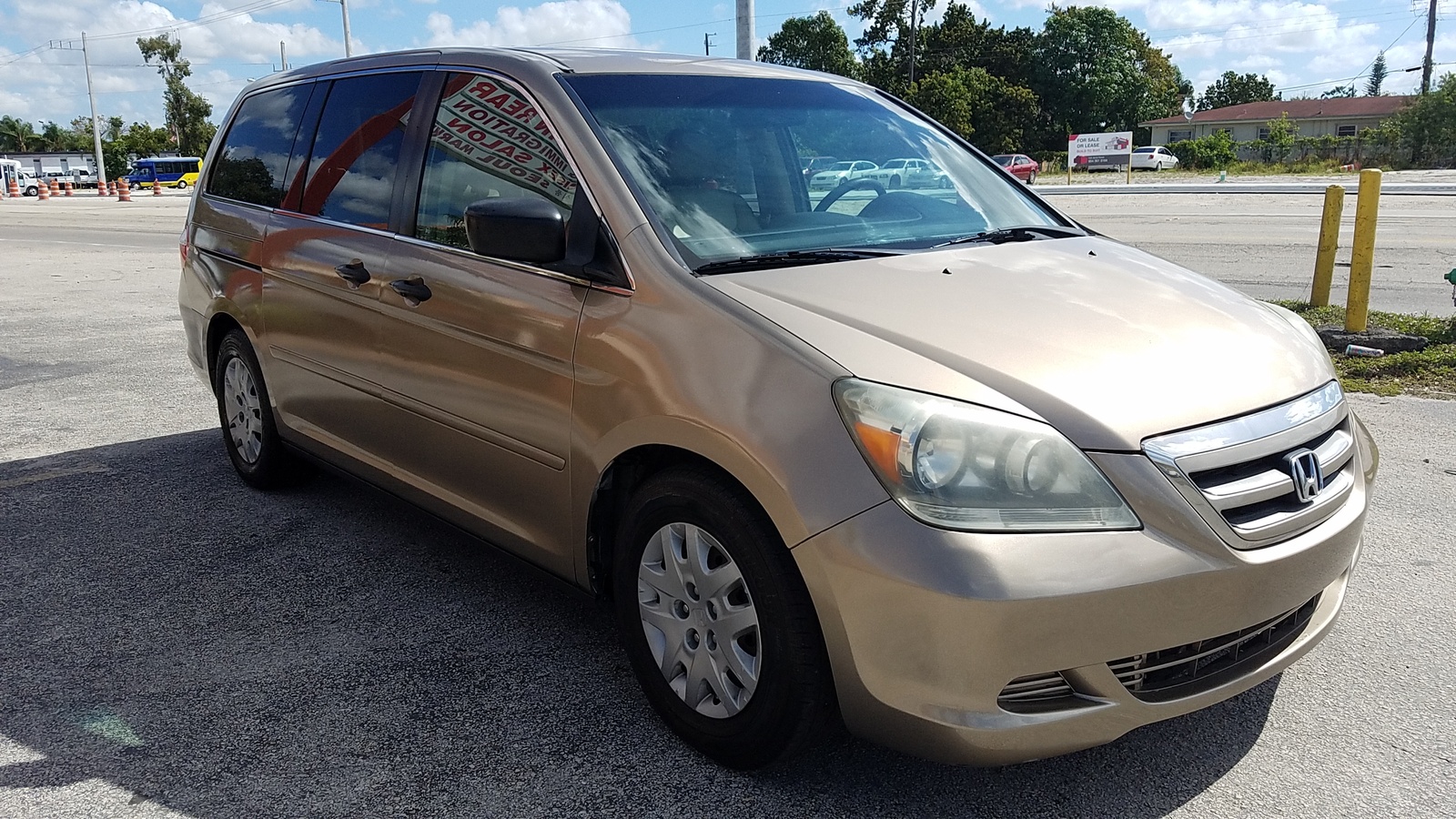 More than half a decade has passed since Honda re-wrote the minivan rule book with its groundbreaking 1999 design. The 2006 Honda Odyssey, following a successful redesign just last year, expands and improves upon those fundamentals.

Continuing in LX, EX, EX-L, and Touring trim levels, the 2006 Odyssey receives a few important changes. Honda has added extra child safety seat LATCH anchors in the third-row so that you can carry a full house of pre-school passengers. Touring trim adds standard satellite radio this year, and Honda makes it possible to order just a navigation system or just a rear-seat entertainment system for the Touring model. In 2005, these features were bundled together. 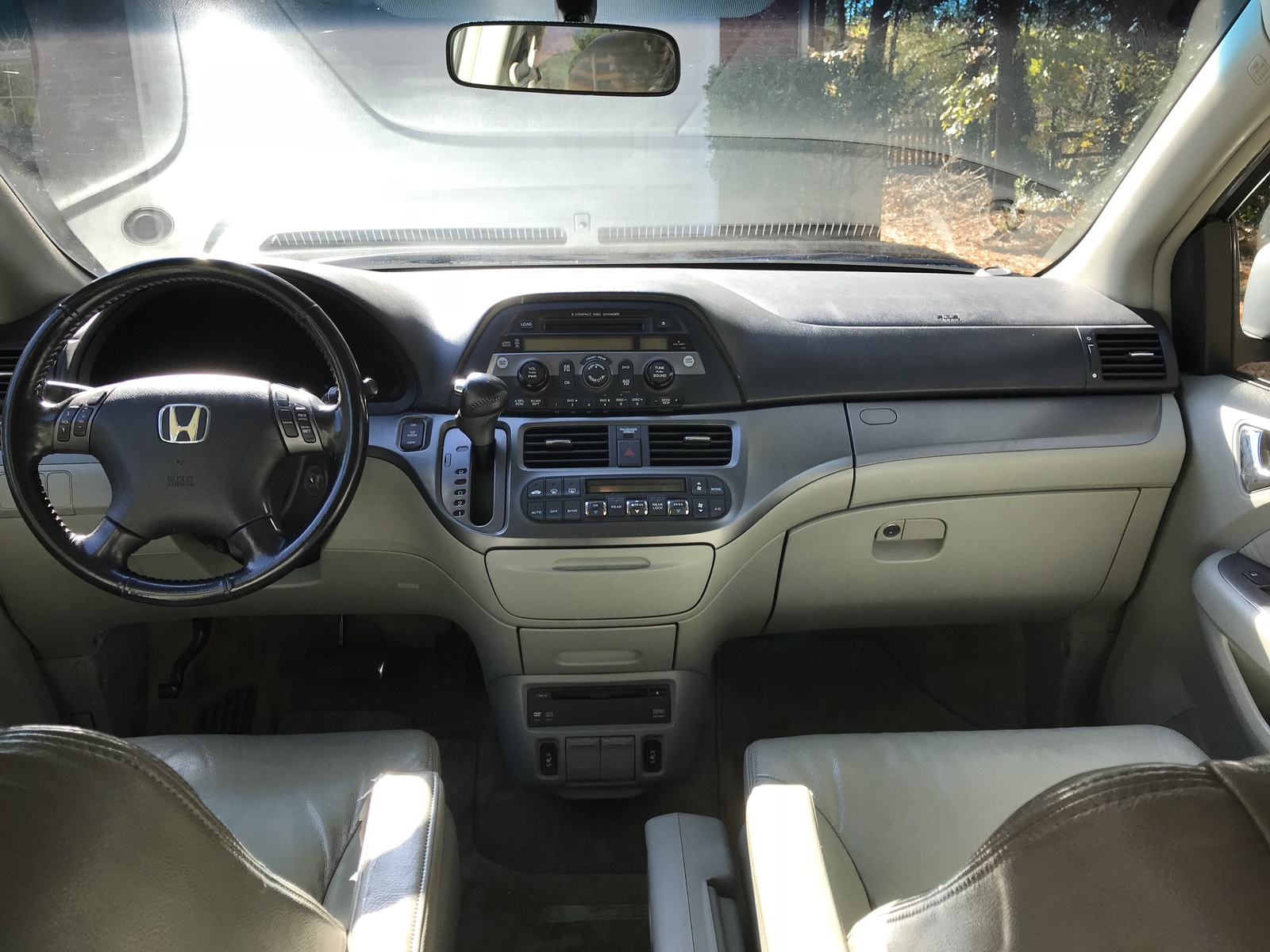 What can one say about a minivan’s look and feel? You’ve got four wheels, what looks like an oversized doorstop up front, and a necessarily boxy behind. Almost by definition, a minivan is about utility rather than style. Like buying a pair of Crocs, you choose a color and get on with your life.

With that said, some competitors go out of their way to cleverly hide their sliding door tracks under the rear window glass. Honda doesn’t bother, and its attempt to integrate them with the Odyssey’s sheet metal character lines is less successful.

Instrumentation is large and legible, stereo controls employ big knobs, and the climate controls use intuitive toggles. Buttons are everywhere, clearly labeled in white and rendered in a dark gray that matches their surroundings.

If there is an issue with the Odyssey’s layered dashboard layout, it is with the transmission lever. Jutting out of the dashboard to the left of the air vents and climate system, it can get in the way when reaching for controls. 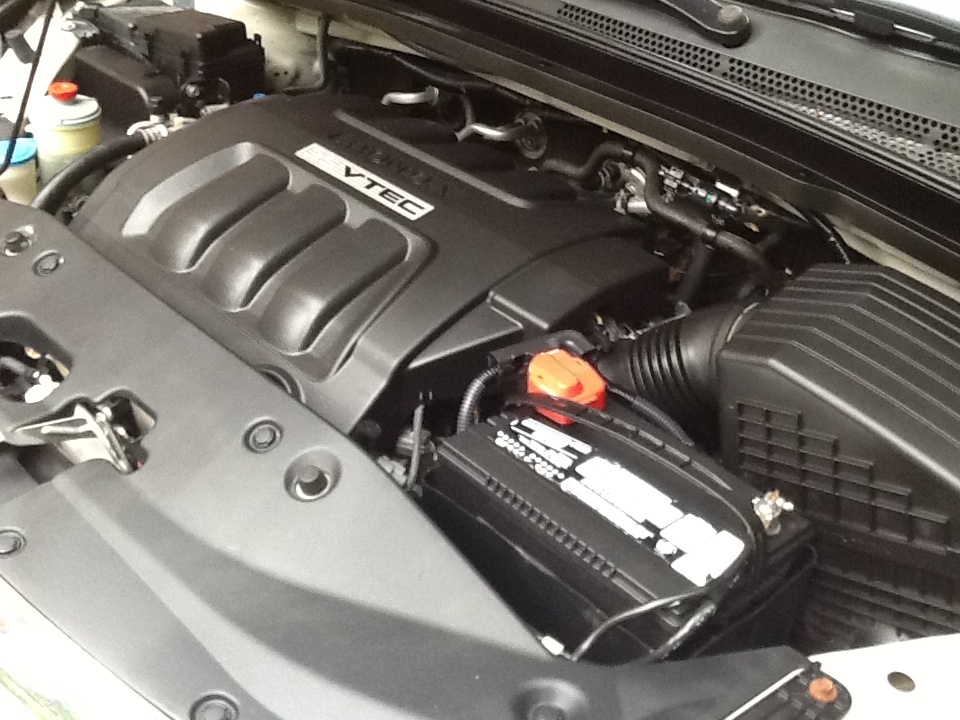 Every 2006 Odyssey has a 3.5-liter V6 engine making 244 horsepower, a little less than last year because the Society of Automotive Engineers (SAE) changed its measurement standards. A 5-speed automatic transmission delivers the power to the front wheels, and Honda says this minivan can tow up to 3,500 pounds.

If you get the Odyssey EX-L or the Odyssey Touring, the engine includes Variable Cylinder Management (VCM). This allows the engine to run on three rather than all six cylinders under specific low-load driving conditions, such as when cruising on a highway or coasting down a hill. The result is improved fuel economy. Without VCM, the Odyssey’s EPA fuel economy rating is 19 mpg in combined driving. With it, the Odyssey is rated to get 20 mpg.

Honda employs its typically sophisticated engineering approach to the Odyssey, making it enjoyable to drive even if that’s not what people seek from a minivan. It feels light and athletic in spite of its 4,378-pound curb weight, the only flaw a set of brakes that can easily heat up and start to grumble during mountain driving.

Touring trim includes a new Michelin PAX run-flat tire system that takes the worry out of losing inflation pressure out in the middle of nowhere. If a tire goes flat, it allows you to drive more than 100 miles at speeds up to 55 mph. Know, however, that some early reports suggest that tire replacement cost is quite expensive. 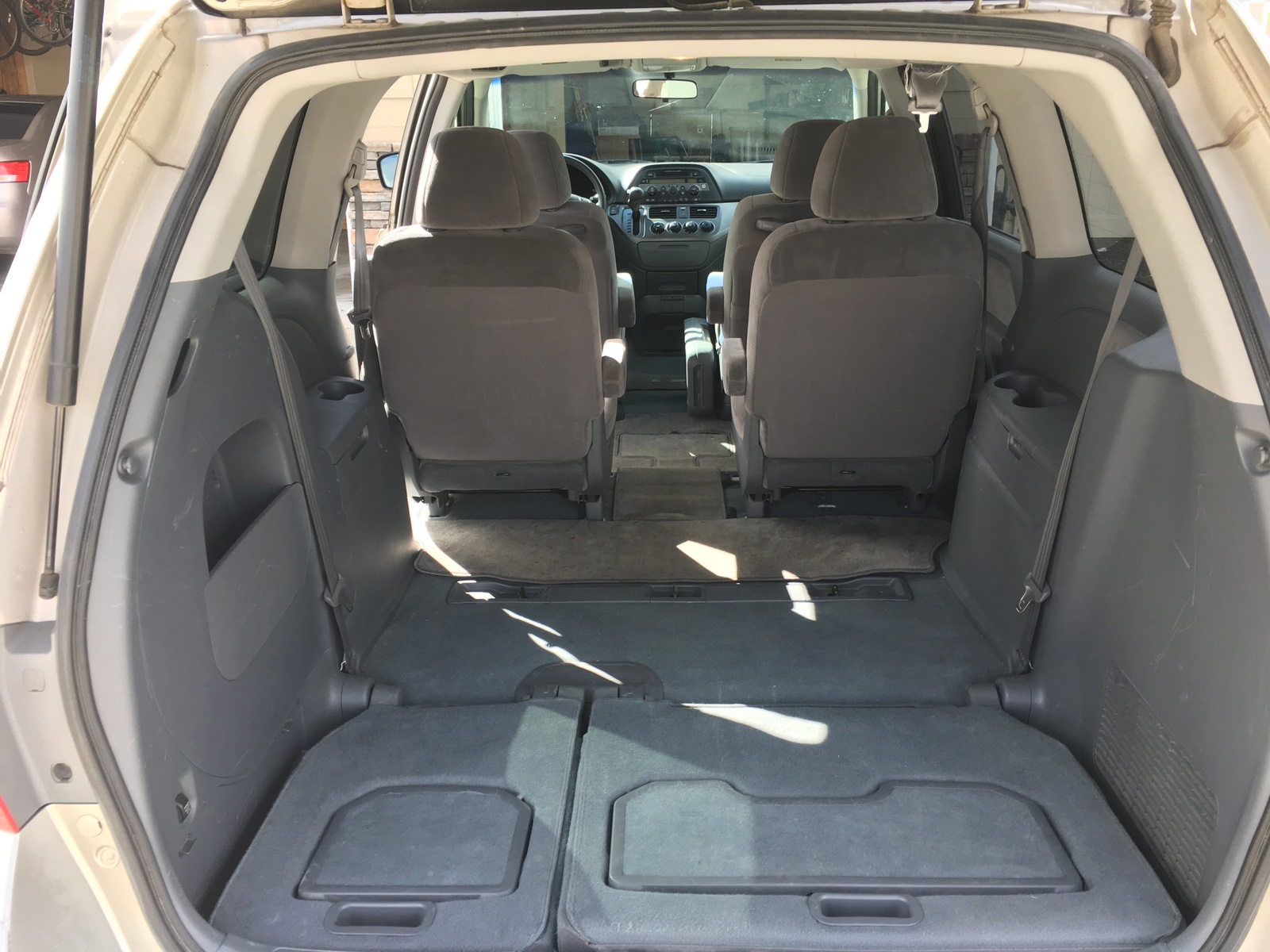 Even for a minivan, Honda gets the form and function part of this equation exactly right. With comfortable seating for up to eight people, with storage literally everywhere, and with a Magic Seat design that means you’ll never need to wrestle the third-row out to expand cargo room, this Honda is about maximum ease of use. Heck, there’s even a Lazy Susan in a cargo storage compartment under the floor.

All but the LX trim level include a middle second-row PlusOne seat that converts into a center console tray or can be removed and stowed in the Lazy Susan compartment. The resulting set of captain’s chairs can then be pushed together in order to form a 2-person bench seat (and to locate children further inboard of the sliding doors, where they’ll be safer).

Naturally, as you move higher on the trim level ladder, the Odyssey provides more equipment. The EX trim equips the minivan with a power driver’s seat, power sliding side doors, and second-row sunshades perfect for keeping sunlight out of a newborn’s eyes. The EX-L installs leather upholstery, heated front seats, a power sunroof, and more. The top-of-the-line Touring includes power-adjustable pedals, a power rear liftgate, and triple-zone automatic climate control. 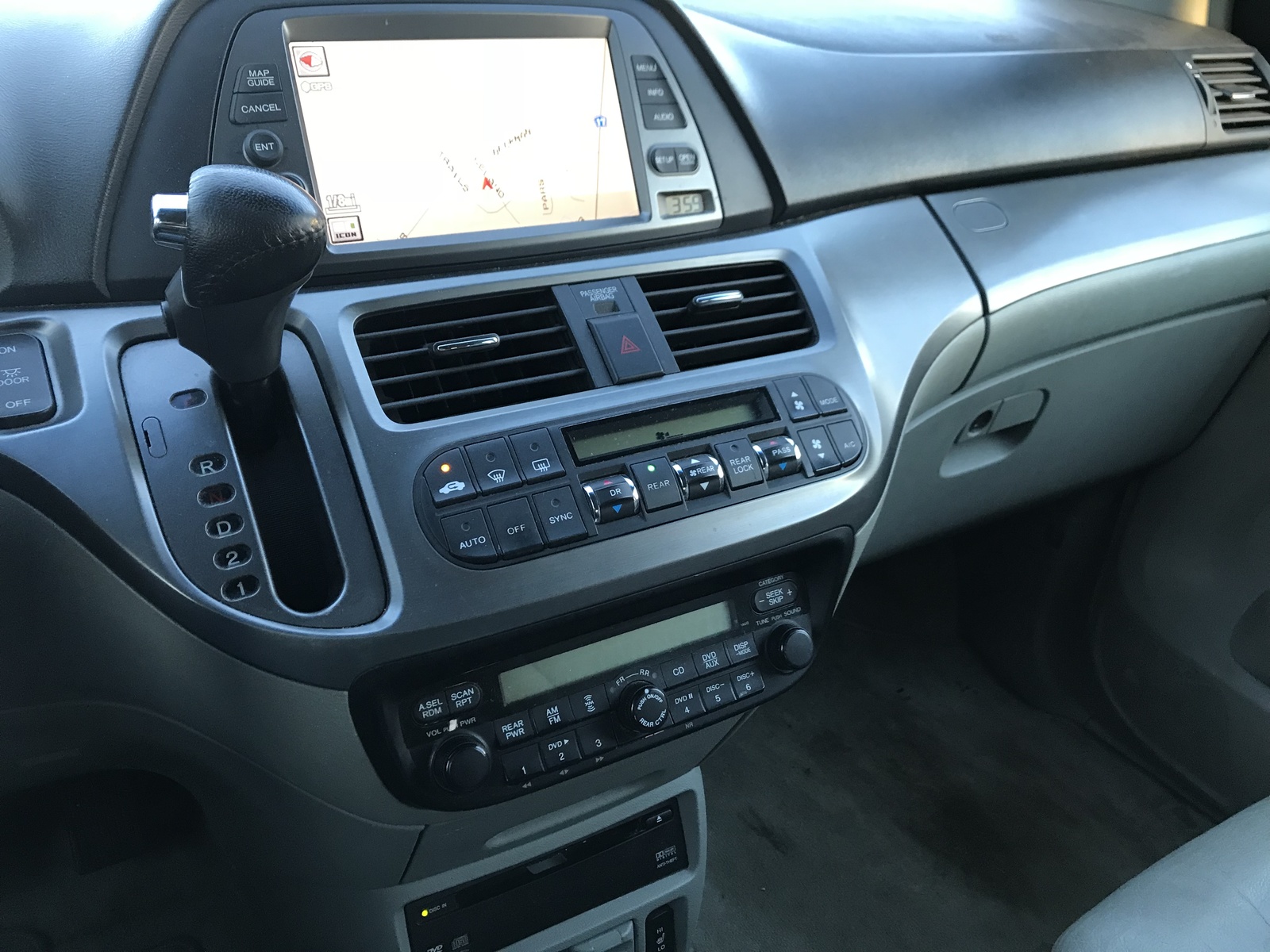 A 2006 Honda Odyssey offers all of the entertainment technology you might require, but you’ll need to pay top dollar in order to access it.

Standard equipment includes a CD player and four speakers. Move up to EX trim and you get six speakers along with a 6-disc in-dash CD changer. The EX-L is your access point for two options. The first is a navigation system with voice recognition technology and a reversing camera. The second is a rear-seat entertainment system with a DVD player. Those both come standard with Touring trim, along with satellite radio, a 115-volt power outlet, triple-zone automatic climate control, and more.

Clearly, the Odyssey Touring is the ultimate family road-trip machine. All its missing is Bluetooth cell phone pairing technology that allows for hands-free calling and conversation. But that remains relatively rare in luxury vehicles let alone daily drivers like this Honda. 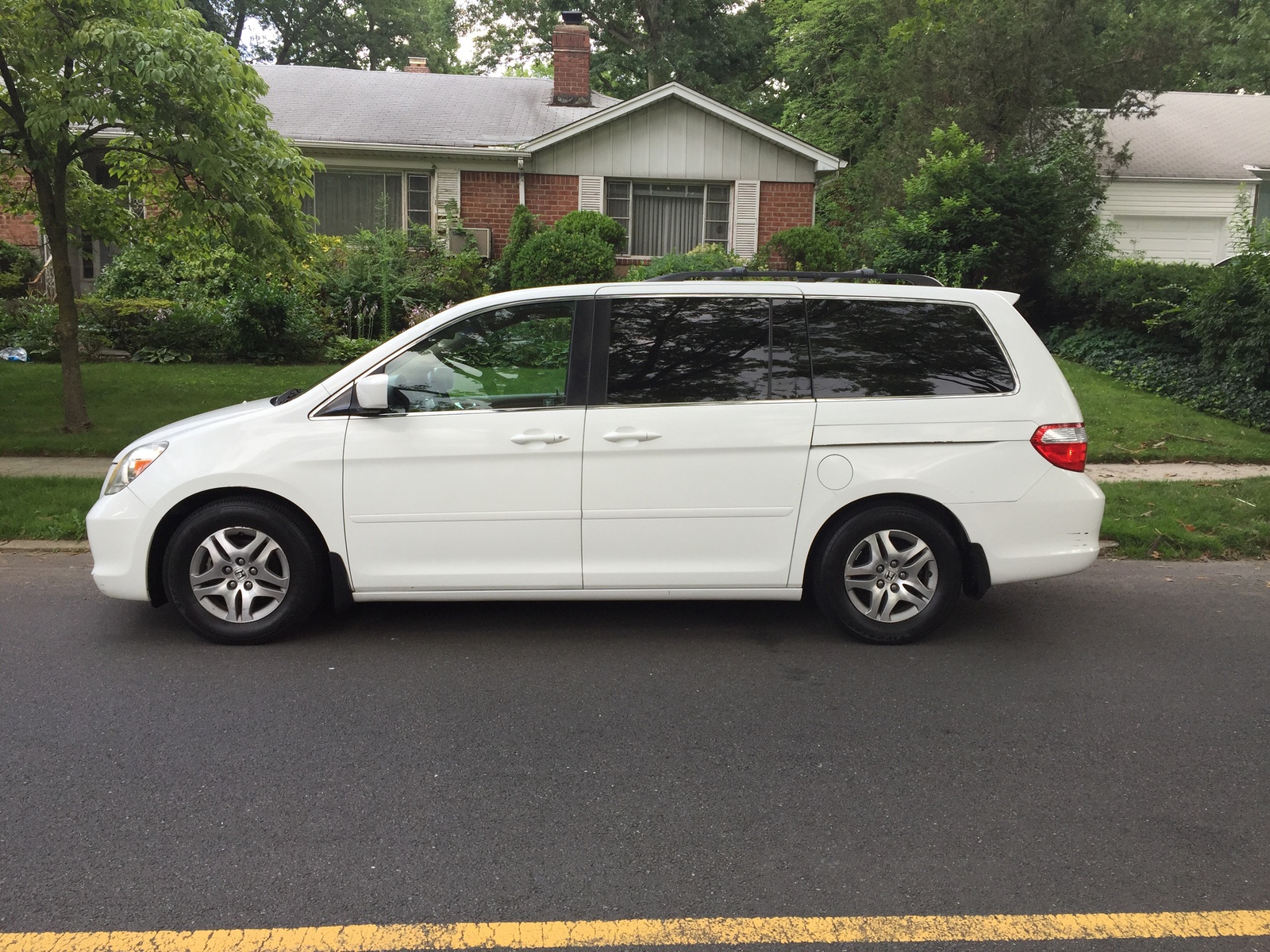 Thanks in part to its Advanced Compatibility Engineering (ACE) vehicle architecture, the 2006 Honda Odyssey is a safe family vehicle. Standard equipment includes front, front side-impact, and side curtain airbags with a vehicle rollover sensor for all three rows. Antilock brakes, traction control, and stability control are also installed in every example of this minivan.

In crash tests performed by the Insurance Institute for Highway Safety (IIHS), the Odyssey earns Good ratings for moderate offset frontal-impact and side-impact collisions. The head restraints and seats, however, earn a Marginal rating.

The National Highway Traffic Safety Administration (NHTSA) agrees that the Odyssey is safe. The minivan gets 5-star ratings in every test except for rollover resistance, for which it earns a 4-star rating. 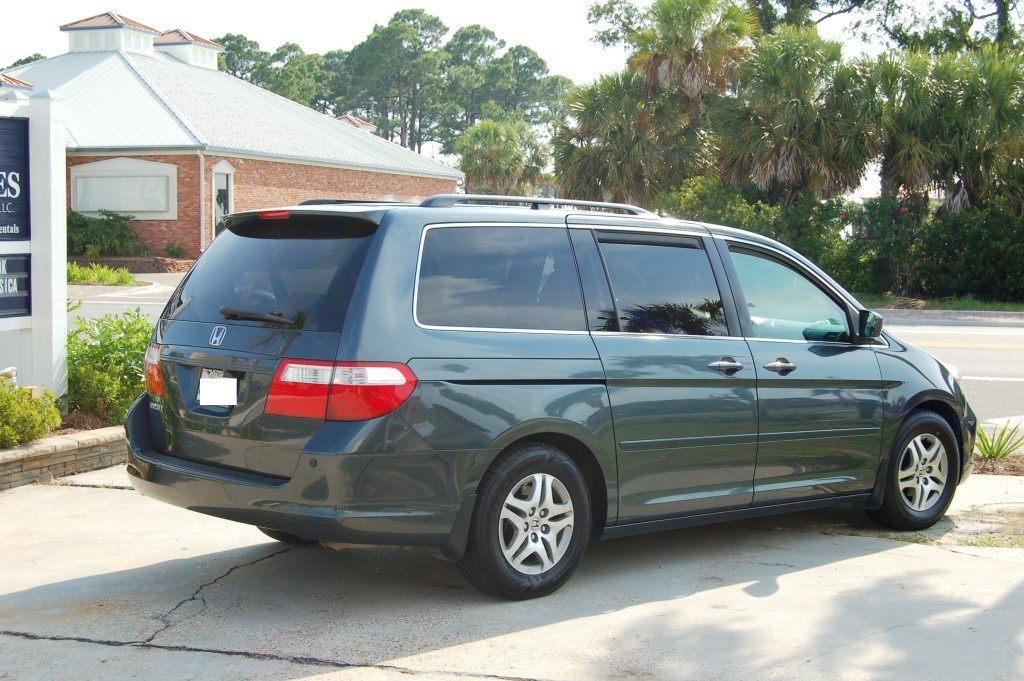 Safe for your family, efficient for its size, known for reliability, and loaded with the features and amenities that make life easier, a Honda Odyssey is a cost-effective solution to your transportation needs.

Matthew I have a touring, 126k miles so far. She had to have some maintenance due to some neglect on my grandpa's and dad's behalf, but she runs like a charm. Comfortable, smooth, capable and just straight up a good car in my honest opinion. She's sturdy and will get you where you want. I will note that some maintenance (i.e. run-flat tires, will cost a lot due to discontinuation of certain equipment to replace said tires)

Paloma07 The perfect car for the family

Users ranked 2006 Honda Odyssey against other cars which they drove/owned. Each ranking was based on 9 categories. Here is the summary of top rankings.

Have you driven a 2006 Honda Odyssey?
Rank This Car

How Do Show All Options For Car

Why Is Mileage So Low?

I bought a 2006 Honda Odyssey and it continues to get 10 mpg. The dealer cannot find anything. No one knows why??

I have a 2006 Honda Odyssey EX. The driver side sliding power door will not close since last night. Tried switching to manual; still the door won't close. Showing "Slide Door" sign on the Instrument ...

Van Was Running Fine Then Went To Start And It Wouldnt Even Turn Over. Ligh...

what should i do next? Battery is new. Cables are fine. I can do anything but start it.

Odyssey 2006 With ABS And VSA Light On

I have a Odyssey 2006 EX-L and the ABS light with the VSA light are on. I put my scanner on it and it shows that the Driver ABS Speed Sensor was not trasmitting, i change the sensor, but the fail pe...