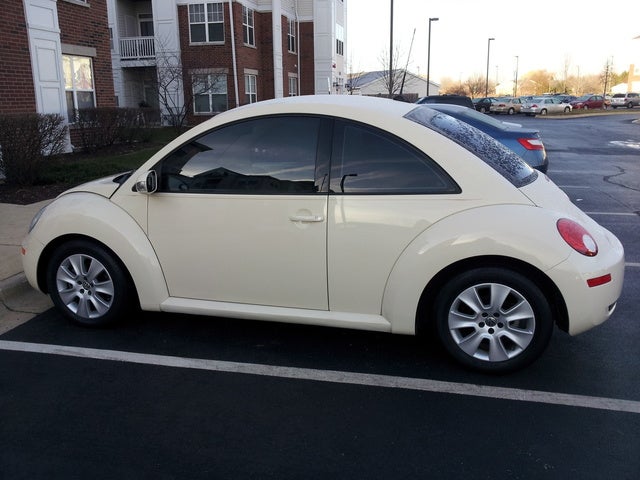 In keeping with its hip, trendy styling, the Volkswagen Beetle offered a standard MP3 player with its AM/FM/CD audio system in 2005, as well as an XM or Sirius satellite radio (with a three-month subscription). For the 1.8T Turbo trim package, the automaker offered an optional six-speed automatic transmission with Tiptronic manual shifting. New exterior colors were also introduced, including Tornado Red and Shadow Blue. The Turbo S trim package was discontinued.

The one thing most Beetle owners didn't have was buyer's remorse. In comment after comments, buyers are enthusiastic about their cars and are happy with their purchasing decisions. Despite its few quirks, the Beetle definitely has an ability to put a smile on any driver's face.

What's your take on the 2005 Volkswagen Beetle?

Have you driven a 2005 Volkswagen Beetle?
Rank This Car

What Hydrolic Fluid Do I Put In For My 2005 Vw New Bug Convertible Top??

The convertible top in my car won’t go down when i press the button. I just learned it might need fluid for the hydrolic pump but what fluid do i put in it?

Where Is The Transmission Filler For

Where is the filler hole on a 2005 volkswagon beetle with a 2.0 motor in it

So I am wanting to do a 6" suspension lift on my beetle for some moderate offroading. I have no idea how to do so. I have tons of tools because I work on cars, motorcycles, and plenty of other cra...

Loud beeping when the top is down and you put it in gear. After stopping at a light, when you hit the gas, it beeps again for about 5 seconds. The VW car indicator also constantly flashes orange wh...