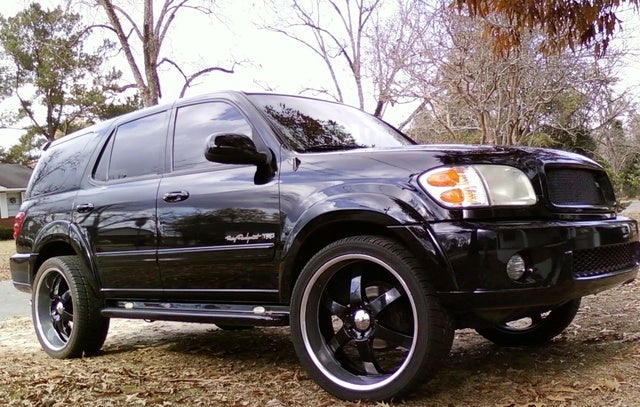 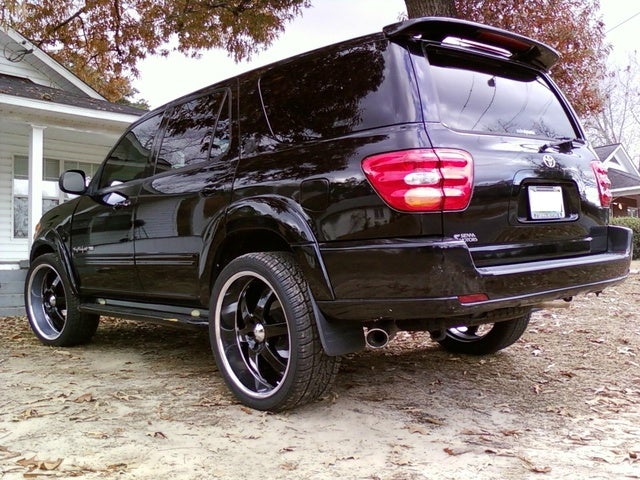 The 2002 Toyota Sequoia was unchanged from the previous year, when it was introduced. Toyotaâ€™s largest SUV, the truck-based Sequoia is meant to compete with the Ford Expedition.

The 2002 Sequoia is available in two trims, the SR5 and the Limited. The Limited is the more luxurious version, with leather seating, front and rear air conditioning, and an upgraded stereo. Both share a 4.7-liter, 280 power V8, and both are available as a two or four-wheel drive. Not surprisingly, fuel economy is 14/17.

Drivers of the 2002 Toyota Sequoia say that despite its size, this SUV handles more like a car. They also appreciate all the seat configurations, which allows owners to carry plenty of passengers or plenty of cargo, depending on their needs. Not surprisingly, 2001 Sequoia owners say that the car gets poor gas mileage, and can be difficult to get into. Rear visibility also seems to be a problem.

What's your take on the 2002 Toyota Sequoia?

GuruLLZF I bought a 1 owner garaged 02 Sequoia SR5. And I think it’s a great replacement of a 08 Chey Tauho. The 3rd row in the Sequoia is much more useable. Of course mileage sucks but anyone that buys a V8knows it’s not a mileage champion. So far I like it with the exception it’s higher climbing into it than I’m used to I don’t know how to lower it other than to go at four flat tires lol.

Have you driven a 2002 Toyota Sequoia?
Rank This Car

TRAC OFF And VSC TRAC System

My "TRAC OFF" and VSC TRAC" light is turning on while I'm driving. I have a TRAC OFF switch but it doesn't turn off the system when I press it off, is that normal?. How do I turn the TRAC or VSC TRA...

I Have A Sequoia With A New Lock Cylinder But The Engine Cranks But Doesnt ...

Why Does The Vsc Trac Go Off While Driving My Toyota Sequoia 2002 N The Off...

When I'm driving in streets or freeway with my 2002 Toyota Sequoia sr5 all of a sudden I feel the truck start acting erratically and pulls to and when I look at the dash it's showing the Vsc trac /t...

How Do I Change My Toyota Sequoia Temperature To Fahrenheit

I own a 2002 Toyota Sequioa which every now and then is having trouble with starting up. The engine turns but won’t ignite. At first my mechanic thought it was the crank shaft, so we had it repla...

113 views with 2 answers (last answer about a year ago)