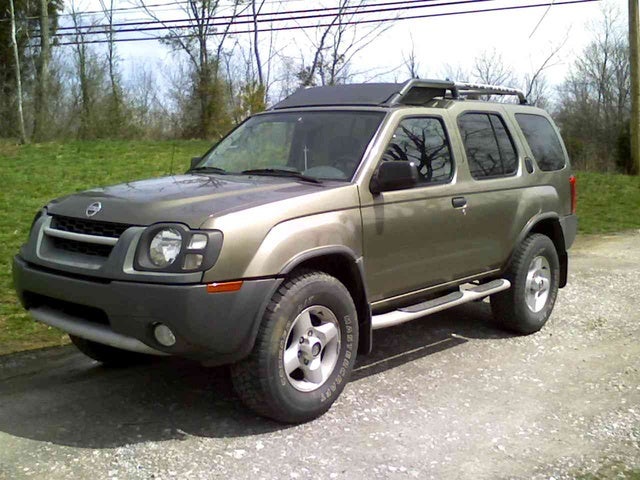 Average user score
4.3 ⁄ 5 stars
Based on 19 reviews
My Nissan by Branden — my truck has great acceleration for a 5200 pound suv. handles pretty good too. the fuel pump recently went out of it so i cant drive it right now.....that really sicks. i loce my truck...and my system... Read more
Xterra by Michael — Every repair that has gone into it was well worth the trouble. Tough machine that has gone through a lot. Everything is great. Lots of fun to drive, excellent in the snow! Unreal machine! There is no... Read more
V8r's Xterra by Vater — Nice and rugged... Need more horse power... Horrible on gas... Big wheels but need bigger wheels... Read more 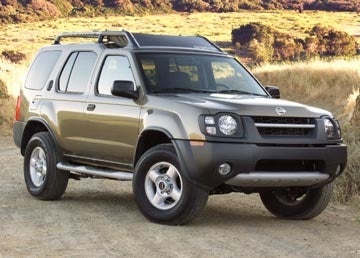 More power, more features, and an updated front end usher in the third year for the Nissan Xterra, a compact SUV built on a truck frame and offering true off-roading capability. The 2002 Xterra gets a powerful supercharged version of its 3.3-liter V6 engine, that boosts the 170-hp to 210-hp and helps with the 3500-pound towing capacity. The 143-hp, 2.4-liter I4 is still offered with the base model XE, while either V6 can be had on the XE or SE trim, mated to a 5-speed manual or 4-speed automatic.

To accommodate the supercharger, the 2002 Xterra gets a hood bulge. New rounded headlights and standard foglights are part of the front end restyling. Inside, there are updated gauges and 2 extra power outlets, for a total of four. The parking brake has been moved to the floor, and variable intermittent wipers and a rear wiper are standard across the line. The XE now has the option of a 6-CD player, and the SE's standard sunroof is now an option. The base XE comes only with rear-wheel drive, but both the 2WD and part-time 4WD are offered with the V6 engine. The 4WD has low range gearing for better off-road performance, and a new Enthusiast Package adds a limited slip differential, rubber mats, a front towing package, and a first aid kit to the XE. Adjustable roof rails are standard on the SE, with a built-in storage basket.

Dual front airbags and ABS brakes are standard on all the models. Seats fold flat, but the bottom cushions must be removed and are awkward to take out. Even with the seats up, the 2002 Xterra has 44 cubic feet of cargo space. The combination of rugged performance, storage versatility, and youthful styling have propelled Xterra sales far beyond that of the more staid and luxurious Pathfinder. Drivers love its looks, 4WD behavior in bad weather and rocky roads, and appreciate the elevated rear seats that offer extra visibility for passengers. Owners report the seats can be uncomfortable and both front and rear legroom is cramped. What makes the Xterra so capable off-road also makes it bumpy for day-to-day city driving, and drivers report wind noise.

Have you driven a 2002 Nissan Xterra?
Rank This Car

I was driving on the freeway my car started to act like it was dying got over and pulled off to the side of the freeway. And it was loosing more power and just died it took me 3 or 4 times before i...

I was wondering how many horns does a 2002 Nissan XTerra have.

My 02 xterra was running ok one day then stopped on me wouldn't start back up let it sit for a day went and tried it and it started then kept doing this same thing for weeks would only start once a...

2002 Nissan Xterra Will Not Start But Security Light Keeps Blinking

I have a 2002 Nissan Xterra that will not start. It will make a few clicks when I turn the key, but nothing else. The security light keeps blinking, and I'm wondering if it has something to do with ...