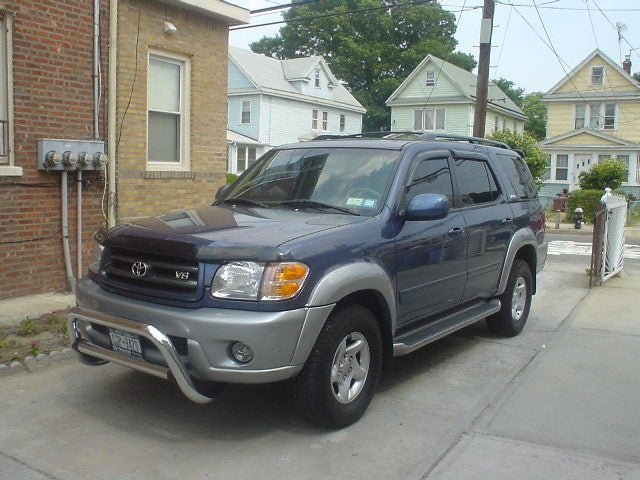 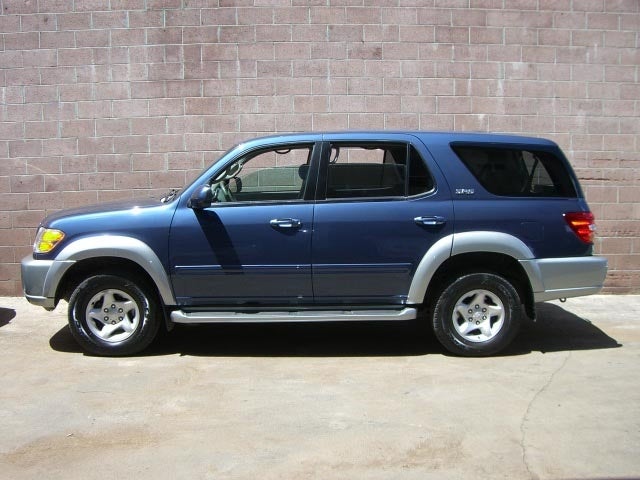 The truck-based Toyota Sequoia was introduced in 2001. The most notable thing about the Sequoia is its size. Itâ€™s huge. Designed to compete with the Ford Expedition, the Sequoia is meant for drivers who often carry a lot of passengers or a lot of cargo. The interior of the Sequoia is well designed to take advantage of the extra space, with plenty of cubbies and storage. The third row seats are removable, and the second row seats fold, to create a large amount of cargo space.

The 2001 Sequoia is available in two trims, the SR5 and the Limited. The Limited is the more luxurious version, with leather seating, front and rear air conditioning, and an upgraded stereo. Both share a 4.7-liter, 280 power V8, and both are available as a two or four-wheel drive. Not surprisingly, fuel economy is 14/17.

Despite its size and heft, drivers say their 2001 Sequoias are easy to drive and handle quite well. Owners also say the cars are very reliable and perform very well in the snow. Most complaints are not surprising, giving the 2001 Sequoiaâ€™s size. Drivers say the car is difficult to get into and park, and has poor gas mileage. Another complaint is limited rear visibility.

What's your take on the 2001 Toyota Sequoia?

Penny I loved my sequoia. I was in a head on collision and this truck was totaled but not giving her life in vain ..she and the good Lord saved my life..I felt safe in my toyota and she didn't let me down.She handled very good and was a beauty..I named her heifer and she lived upto her name..I've found another one and am currently considering buying it ...

Have you driven a 2001 Toyota Sequoia?
Rank This Car

vsc trac off mean scan with c1363, does it cost a lot to fix this problem? is it safe to drive without fixing it?

173 views with 2 answers (last answer about a week ago)

Back Of The Truck

Nothing In the back of my truck works is it local electrical issues? A fuse? or just my shitty luck? lol The rear window does not go down/up anymore AT ALL The trunk dome light doesn't work The tru...

What Does It Cost To Sell Your Car?

How does it work to sell your car? What are the costs? Time allowed, pictures...

How Do I Value My Car?

How do I determine the value of my used car, to sell it?