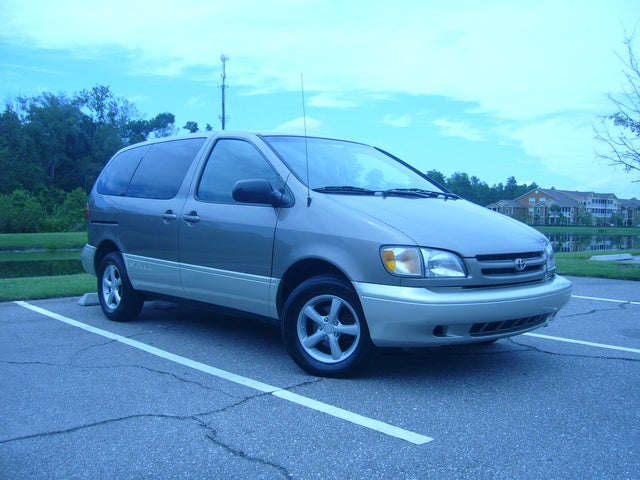 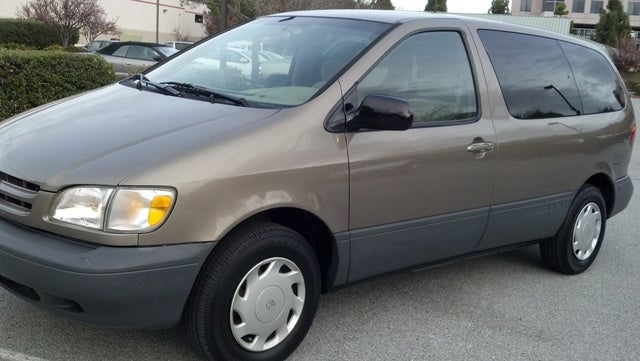 For 1999, the Toyota Sienna got a few additions, including a fourth door on the base model, the option of a power sliding door, and the option of an integrated child restrain system.

The 1999 Sienna came in three trim levels: the base CE, the midrange LE, and the high-end XLE. The CE is for minimalists only, with air conditioning, power windows, power locks, and a cassette player all optional. The LE is better equipped, and the XLE includes luxury-like amenities, such as leather trimmed seating and a power moon roof. Available on models is an optional second sliding door. The engine is a 3.0 liter, 194 horsepower V6 that gets about 18/24 mpg.

Drivers like the 1999 Toyota Sienna because it is a solid, reliable van that handles more like a car. Drivers complain that there isnâ€™t enough cargo space, and many wish the rear seats would fold flat.

Users ranked 1999 Toyota Sienna against other cars which they drove/owned. Each ranking was based on 9 categories. Here is the summary of top rankings.

Have you driven a 1999 Toyota Sienna?
Rank This Car

I am driving the speed limit but for some reason it seems slower to other cars. I would drive 35 but my fiancé told me I was going 25.

I Have A Toyota Sienna 99 Van. The Latch On The Rear Hatch Door Broke And C...

The latch on the rear hatch handle connects to a small plastic piece which attaches inside the door to the locking mechanism. The door latch broke off from this plastic connector with the door in the ...

What brand oil to use in my 1999 toyota seirra minivan

Which Spark Plug Goes To Cylinder #6?

I need to replace spark plug #6 as the first step in figuring out a possible misfire of cylinder #6. Which one is that?