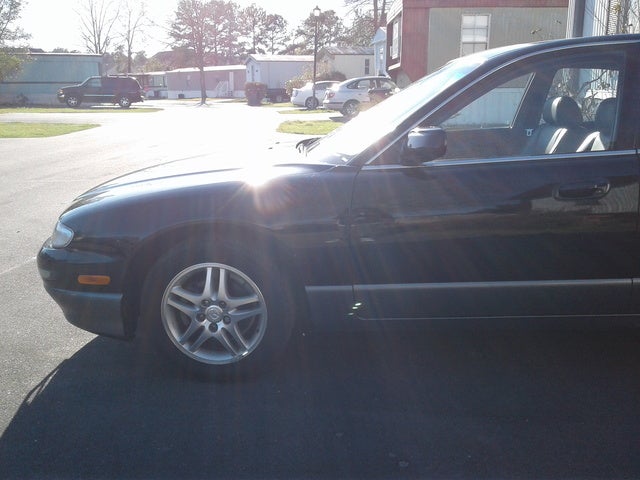 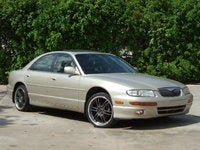 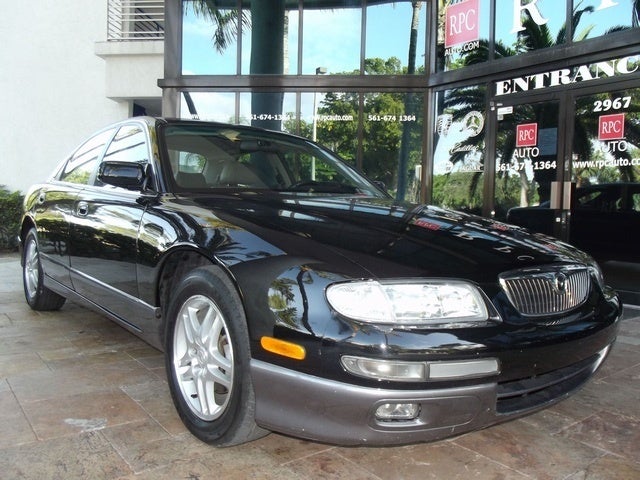 In its fifth year in production, the Mazda Millennia received a much-needed redesign. And even though it was not an extensive redo, it helped freshen up an appearance that some drivers liked but others thought was rather bland and uninspired for a luxury vehicle, especially one that had to compete with the best from Acura, Lexus, and Infiniti, not to mention other luxury marques.
Design changes for 1999 included a new grille, new headlights and taillights, and larger alloy wheels. Interior upgrades included new chrome and wood trim, as well as new color schemes.
Engine options remained the same, however.
The Base Millennia sedan was powered by a 170-horsepower 2.5-liter V6, which was linked to a four-speed automatic transmission. Standard features included air conditioning, power windows, power door locks, power seats in the front, a tilt steering wheel with a memory feature, cruise control, automatic climate control, dual airbags, and a lighted entry system.
The S version received a supercharged 2.3-liter V6, which pushed horsepower up to 210. It was equipped with an upgraded list of standard features that included leather seats, a power sunroof, and traction control.
There's no doubt that as a luxury vehicle the Millennia met its goal, and drivers responded with plenty of positive comments. The Millennia's handling, sport-tuned suspension, braking, interior appointments, and reliability were all cited as positive points. Performance was called adequate, though not spectacular. And the Millennia was considered a good value by most drivers. However, although Mazda dropped the price on the Millennia sedan for 1999, drivers noted the vehicle's resale value was a sore spot.

What's your take on the 1999 Mazda Millenia?

Have you driven a 1999 Mazda Millenia?
Rank This Car

MY STEERING WHEEL DOES NOT STEER THE TIRES, JUST SPINS?

i WENT OUT TO MOVE MY CAR AN WHEN BACKING UP I TURNED THE STEERING WHEEL AN IT WILL NOT STEER THE TIRES, JUST SPINS FREELY

After filling tank and driving 4 miles my check engine light came on. Had it checked out at AAA Car Care. Their CEL came up with code 412h/1057 that has no information with it. The car is running smoo...

My Gear Is Locked And I Cant Move My Car Out Of Gear, How Do I Unlock It?

changing the fuel pump on mazda millenia, do you have to drop the tank

I have a 1999 Mazda Millenia S. It has a major TCS problem, it randomly comes on while driving and I have to kill the engine and restart to get it off. I want to pull the fuse, but the manual doesn't ...