Price listed is NOT what they will sell the car for. If you don’t finance with them the cost goes up plus $1,000 “Dealer Fee” plus doc fees. Ridiculous.

Says car has been sold. Then a new salesman emails me a week later asking if I was interested. 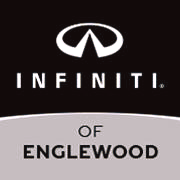 On The Road Auto does not give you pricing out the door or detailed pricing when you ask for it online, only when you show up in person. Was very unhappy about them. The negative reviews about them seem to be spot on.

Amazing dealer with very helpful staff. Nick was not pushy at all made me feel very comfortable with the car before trying to get me to buy it or even talk numbers. Will definitely recommend friends and come back when it’s time for a new car

Reached out to me, but never verified if the Escalade was already sold. Haven't heard back.

We bought this car and are very happy. Victor gave us a great deal and was very pleasant and easy to work with.

20 years of Mercedes cars. Love them because of the car and especially the service.

a simple exchange of emauls, car sold, no problems

Judy was great. She was very helpful and answered all my questions.

Yes they contacted me right away to schedule a appointment. How ever I have not done so yet

Salesman was knowledgeable, courteous and helpful. Although we couldn't agree on a price it was a overall good experience.

Very helpful and knowledgeable sales people but would not negotiate price.

As a former hotel manager, they were on top of things

They did contacted me but the price of the vehicle was not negotiable. My concerns the vehicle had 9 owners and timing belt/clutch were not sure if they had replaced them.

Good follow up. I did not buy from here, but they are professional and want to help you find what you are looking for.

Very responsive and persistent, in a good way..

Very professional nice people, but they led me to believe they would negotiate price, but did not

Elka , Omar and the Finance director were a pleasure to deal with

Very attentive and answered all my questions.

I had a great experience, I highly recommend this dealer.

They are great very professional!

went to look at Tacoma priced at $28k. After discussion and prodding salesman I found out the truck was really $4k more after dealer addons.. Your experience may be different. I will never recommend them.

They told me the price would be an added preparation fee of $ 3995 I passed on the car. I was called by another sales person who I told my objection to . He said he would check and get back to me. Hidden fees of 10 % are not my way of doing business

My salesman Eric was very professional and well informed; after driving the GLK at highway speeds, I was dissatisfied with its wind noise at higher speeds, otherwise it was likely I would have purchased this car that day.

Overall good, but they wasted my time initially with not communicating true timelines for the car

Were prompt in letting me know the car was sold.

Every one was so nice.

The fifth generation of Mercedes-Benz’s mid-range E-Class debuted in 2017, but for 2021 it already gets another redesign to keep things fresh and interesting against rivals like the Audi A6 and BMW 5 Series. With new engines, more cutting-edge technology, and a fresh look, the update to the E-Class is subtle, but all the changes look positive. Compared to the last version, the 2021 E-Class has smaller headlights and different bumpers, while on the inside, there are dual 12.3-inch displays for the driver and for the infotainment system. The 2021 E-Class should go on sale in the fall of 2020. Buyers can choose between a sedan or a station wagon for now. The wagon, called the E450 All-Terrain, is a more rugged, off-road-ready E-Class with body-cladding and higher ride height. A coupe and a cabriolet are likely in the near future as well.

The E-Class’s base engine is still a 2.0-liter turbocharged 4-cylinder, rated at 255 horsepower and mated to a 9-speed automatic transmission. Both rear-wheel drive and all-wheel drive are available. On the next rung of the E-Class ladder is the E350e, which is a plug-in hybrid that couples a 2.0-liter turbo-4 gasoline engine with an electric motor for a combined system output of 315 hp driving the rear wheels. Up from that is the E450, which gets a 3.0-liter turbocharged straight-6 and integrated electric motor for a total of 362 hp driving all four wheels. Finally, at the top (for now at least) is the E53, which uses the same basic powertrain as the E450 but cranks up performance another notch to 429 hp. Even faster versions are very likely in the works.

The inside of the new E-Class should be familiar to anyone who has been inside an E-Class before, and that’s mostly a good thing. Seats are either leather or synthetic leather, and they were heated up front. All relevant information to both driver and passenger are centered on one of the two 12.3-inch screens. The one in the middle of the dash houses the touchscreen infotainment system, while the one behind the steering wheel conveys all information relevant to the vehicle itself and the driver. Among the luxury options available are heated and cooled front seats, massaging front seats, a heated steering wheel, and a Burmester stereo. As usual, the rear seats get plenty of room, and the new E450 All-Terrain wagon gets at least 35 cubic feet of space to haul gear or luggage.

The latest E-Class hasn’t undergone crash testing yet, but some versions of the previous E-Class got the highest available Top Safety Pick+ status from the Insurance Institute for Highway Safety (IIHS) and five stars overall in federal testing. The new one should get similar results.

The E-Class is a perennial player in the mid-size luxury sedan market, and its main rivals have traditionally been the BMW 5 Series and the Audi A6. That’s still the case, but those willing to look outside of the German Big Three might also consider the Cadillac CT6, Volvo S90, or Lexus GS.