Salesperson was very helpful and responsive in reaching out and answering questions by email as I wanted...

Very polite and turn around time was great! 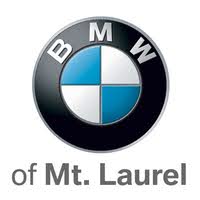 Responded quickly to my request for additional photos. Did not end up going to dealership to look at car, only because it had more miles on it than I wanted.

Really do a great job for there customers

Extremely easy to deal with, felt no pressure at all, and was in and out in a very short time. I would highly recommend

Very happy with them

I ask them for pictures of the pathfinder they never sent me any. Only calling me like four times a day want to know if I'm still interested

I received quick and thorough responses from the dealer. Unfortunately, the vehicle in question did not have some of the options that were "must haves" for purchase consideration.

They couldn't get me financing so I left empty-handed. While waiting for an answer, salesman said I could go home & wait & they'd call me to let me know. When they didn't call I started more online shopping & got a better car for about the same money financed at another local dealer.

They were very responsive, listen to and acted on my needs.

excellent customer service and follow up. We did end up purchasing our car from this dealership and are very pleased

Fast and Friendly Service. Bought the car the same day. Salesperson Brad was attentive and helpful.

They were friendly, and made sure that I came in with a smile and left with a smile and the Truck I wanted! I would recommend them to anyone looking for a Vehicle. And they have Every type of vehicle on the lot for your Needs!

Dealer responded quickly, all questions were answered. I will review options and other vehicles. Not ready to purchase.

Working with them very easy

very professional experience with this dealer

Friendly attentive help with a straight forward salesman. I would recommend Steve Dick any day.

Very prompt and a courteous response. I test drove a vehicle but I was still shopping so no deal was done. However, I would feel very comfortable shopping at Armen Chevrolet.

I give 2 stars only because the gentleman I spoke to was nice. But I was very disappointed by the fact the car was available at time of phone call but miraculously after seeing the vehicle on there website for weeks, 5 minutes after I spoke to them I received a call back saying it was sold.

The sales team was polite and professional and not at all pushy. Unfortunately the truck I was interested in sold before I had a chance to buy it.

Very Responsive even though I missed out on the vehicle I was looking at.

Had a great experience with the dealers!!! They weren’t pushy and and very friendly!!!

Can’t give 5 only because I didn’t go there, but the salesman got back to me the following day and was nice. Price for the vehicle I was interested in was a bit high for the miles, especially on the 3.8 engine in it. But again, I didn’t go there so didn’t have a chance to talk them down to a fair deal. Lol

This was the best car buying experience I've ever had. All of my inquiries were responded to quickly. Anthony and Nick are knowledgeable, personable, and made the entire process painless. They were professional, helpful, and even saved me some money. I highly recommend Car Mart!

I’ve bought many cars in my lifetime, and this by far was my best experience. Paul was extremely knowledgeable and made the experience easy and fun. I highly recommend him and this dealership to anyone in the market to buy a car. I’m an extremely satisfied customer!

Great. Dan McCarthy was terrific. I bought my vehicle from him.

Very responsive. Did not have what I ultimately wanted.

Allentown morning Car Mart was very honest and helpful. Had a great experience with them.

Terrible. We drove an hour to get there. They told us car was being serviced plus they sold the car under us. They knew we were coming. They did not even ask for a deposit. We worked with them on getting the car for several days. They even ran our credit. They screwed us. Stay away!

Spoke with Eric and he stated that there was a problem with the vehicle that needed to be taken care of but told me of a Jeep Liberty that was in their inventory...

Car was dirty and smelled like a ash tray burn marks all over seats .

They seemed to not know what's on their lot. One man gave me am appt to see the car while a woman claimed it was no longer there...( the man asked Mr if i wanted yo rest drive it after that) bit crazy admit that place in Generali.

They told me that the vehicle was there so I drove over to look at it and it was not there. They were going to call me when it returned from having a new battery in it. I never received a call back. They lost a sale.

I had a great experience at Keenan. My salesperson was Evan Skoures was friendly and a straight shooter!! I had no hassles and no undo pressure. Steve the finance guy was also very friendly and helpful! I recommend Keenan Honda!

I recommend working with Evan and Rob. I would return to do business with them. I had a very good experience and thought my vehicles price was fair. Good work Keenan Honda.

Did not deal with

The re-emergence of the Cherokee brand for the 2014 model year officially ended Jeep’s ill-starred romance with its disappointing Liberty offering. The 2015 version of this ultra-capable 5-seat compact sport ute is slated to maintain its next-gen profile, posh and power, with new engine stop/start capability tossed in this coming year for some added fuel efficiency out of the available V6 powerplant.

Trims, meanwhile, are expected to remain the base Sport, the up-featured Latitude, the ruggedly handsome and terrain-taming Trailhawk and the top-shelf Limited. Again all trims except the Trailhawk will be delivered with standard front-wheel drive (FWD), with a pair of 4-wheel drivetrains (4WD) proffered as optional equipment. The Trailhawk, in keeping with its rock-climbing nature, comes only with 4WD.

Said 4WD systems, by the way, can be had in either the all-wheel-drive-like Active Drive I or the more bushwhacking Active Drive II offering. The former is an automated system that cruises in FWD while standing ready to throw torque from the wheels that slip to the wheels that grip on slippery roadways. The latter configuration remains a traditional part-time 4-wheel drivetrain flaunting a 2-speed transfer case and locking rear differential. Active Drive I is again delivered standard on all trims but the Trailhawk, which of course boasts standard Active Drive II. The more off-road-oriented Active Drive II is again optional for those other trims, while each 4WD system is slated to return boasting driver-selectable Auto, Snow, Sport and Sand/Mud modes. The Trailhawk, meantime, adds a Rock mode to the list, as well as standard hill descent control.

The standard powertrain for the 2015 Cherokee lineup once again consists of a 184-hp 2.4-liter inline 4-cylinder (I4) engine and Jeep’s unique 9-speed shiftable automatic transmission. Look for 171 lb-ft of torque from this rather tame 4-banger, with mileage numbers expected to again run 22 mpg city/31 highway in FWD versions and 21/28 in 4WD trims.

Optional for all Cherokee iterations but the base Sport trim is a competently potent 3.2-liter V6 powerplant that again sports the 9-speed shiftable automatic to manage 271 hp and 239 lb-ft of torque. Mileage numbers in 2014 were a tepid 19/27 with the Active Drive I 4WD configuration, but the aforementioned auto engine stop/start technology (driver-selectable) is expected to bump those numbers up a bit (about 3%) for 2015 trims with any drivetrain. Oh, and installing the available tow package allows this peppy 6-banger to haul up to 4,500 pounds of trailer.

Looking to appearance, comfort and convenience bling, depending on the trim selected, this trail-savvy ute boasts 17- or 18-inch steel or alloy wheels, cloth or leather upholstery, full power accessories, reclining rear seats, air conditioning, cruise control and telescoping tilt-wheel steering. An AM/FM stereo with 6 speakers and auxiliary audio input comes standard in the lower trims, as does Bluetooth hands-free technology, and all of it continues to be integrated into Chrysler/Jeep’s popular Uconnect 5.0 touchscreen display.

Higher trims, meanwhile, sport such additional luxuries as roof rails and a folding front passenger seat that adds a few extra cubes to the somewhat cramped 54.9 cubic feet of cargo space available with the rear seats folded. Expect higher Cherokee trims to also add stuff like Uconnect 8.4 (with satellite radio and an 8.4-inch display), a rear-view camera, heated front seats and a power-adjustable driver’s seat to the inventory of standard features, along with dual-zone climate control and keyless entry/ignition.

In keeping with its terrain-taming moniker, the 2015 Cherokee Trailhawk dons many of the posh-factor-enhancing bells and whistles delivered with the Latitude and Limited trims, as well as adding skid plates, 17-inch extra-wide all-terrain tires, beefier suspension tuning and unique exterior and interior appointments and badges.

As is traditional, lower Cherokee trims remain eligible for much of the standard equipment in higher trims as options, while a couple of packages add extras like a power rear liftgate, ventilated front seats, hard-drive-based navigation and premium leather upholstery. Remote engine start is also available to all Cherokees except the Sport, as are a pair of power sunroof configurations.

Safety-wise, look for all 2015 Cherokee variations to again boast 4-wheel antilock brakes (ABS), traction and stability control, side-mounted and head airbags, front head restraint whiplash protection and a post-collision safety system. Additionally, the Latitude and higher variants are again slated for standard daytime running lights and front fog/driving lights, while the Limited and Trailhawk editions will doubtless return with a remote antitheft alarm. Select the upper-echelon Limited or the Trailhawk trims, finally, and become eligible for the available Technology Package with forward-collision alert and lane-departure warnings, as well as blind-spot and rear cross-path monitoring.

Top rated dealers near you with 2015 Jeep Cherokee for Sale