Responsive and respectful of my time.

My Salesman Lenny was good 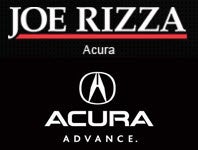 Jim O'Connor is a great place to look at cars and very helpful throughout the experience.

Very friendly service. Just couldn't work out the payment/term at the beginning. No fault to Ultimo or Jay.

Great experience... Ben was very knowledgeable about the car... this is something you don't see at many Dealers... Scott and Dave also made my experience a good one... I would tell my friends and family to visit if they are looking for a higher end vehicle at a fair price...

This was a good experience. Promptness A+. I would buy my next vehicle from them and recommend them to friends and family.

Was contacted in timely way, never went to dealership

They responded to my request. They were very nice.

Professional and contacted me immediately with relevant info about the process.

Very quick to respond to query and provided all details

very good and kind and understanding

They were very responsive to all of my concerns. Very professional and the show room is gorgeous.

The car is sold Why is it still on cargarus

Very bad because they tried to charge me $2300 more than the advertised price on cars guru price ...clear scam and rip off. Punch of thieves working there

Made contact right away also took my call. Ended up buying somewhere else. Make sure you ask about the fees before closing on a price.

Immediately returned my email with a courteous phone call to follow. Excellent options but purchased my car at another dealership. I would not hesitate to use this dealership though in the future

Very nice experience. Very professional and honest people. I recommend any one to purchase a vehicle from them.

This car had a pending deal and I was notified by email as soon as it was sold.

I reached out on super short notice for this car, Jay from Ultimo responded super quickly & was ready and available for me to come in same day. The listing was accurate, the dealership was beautiful and the car was clean and ready to go. The staff was great from Jay to the finance department. Would definitely recommend Ultimo.

Very professional. Even though I missed out on the amazing car I inquired about. I would still consider buying a vehicle from this awesome staff

Professional helpful and easy to deal.

Dealer was very helpful and answered all questions. He was very knowledgeable.

They did not respond quickly, and they didn't answer the questions that I had. All they would say is that the vehicle was available. After I waited 24 hours for a response to an e-mail, i found out another salesman had sold the vehicle through Car Gurus, the salesman didn't even bother to contact me about it. Very unprofessional!

Have had several mixed interactions with a few people at Arlington. So far I have been unimpressed. Several messages were either not responded to or the response was very late. I finally received a message indicating that the vehicle had been sold.

They've been very responsive, prompt, and helpful. And friendly about it, as well. So far, all really good.

Didn’t buy from them, but gave me all information I asked for in a timely fashion.

Bought my car from here. They were very easy to deal with and helpful.

Car was in offsite detailing and not available for showing. Customer drive 30 miles to see vehicle not ready to be viewed. When asked rep why is it on site if its not ready, his answer was full of none sense and had to do with folks coming from out of state which made absolute no sense. Good luck with this place.

The sales person answered my questions timely and detailed. I would suggest that all vehicles options be listed for us out of state folks.

Didn’t give any answers but wanted me to call. I’d rather get answers by email so I have a record

Being uneasy about buying a vehicle during this pandemic. Sales staff was very professional and helped me make a choice on the vehicle I wanted.

The dealer was very responsive and helpful.

Very friendly service from all there. Seemed more like a family than a large company. Prompt followup to questions as well.