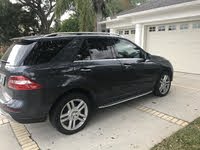 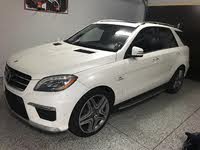 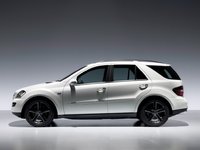 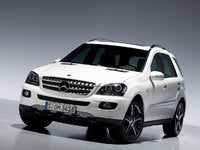 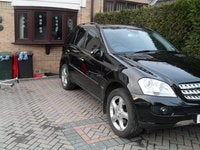 Why does my 2015 ML350 allow the rear passenger doors to be opened when the car is locked? The alarm will sound but the doors are still allowed to be opened but the front doors stay locked. Same is...

How To Sell This ( Needs Valvetrain )?

Where Is Auxiliary Battery For Mercedes ML400

I bought a used car with no license plates. The dealer sent an application for the plates to DMV. Do I need to open an insurance policy on the car before DMV will send my plates?

The M-Class represented a number of firsts for Mercedes-Benz. It was Mercedes' first SUV, designed and built in the late 1990s in response to the growing popularity of SUVs in general. It was the first Mercedes built in an American plant (in Tuscaloosa County, Alabama). And it was the first vehicle of its type with a four-wheel double-wishbone suspension system, as well as stability control, which helped prevent loss of control of the vehicle by the driver.

M-Class vehicles also came equipped with a number of innovative safety features, including front- and side-impact airbags, a reinforced steel body, front and rear crumple zones, and anti-intrusion bars on all doors. For these reasons and others, the M-Class received Motor Trend's Truck of the Year award in 1998.

As that award indicates, the M-Class was built on a truck platform, and officially labeled a "light truck" upon its introduction. However, Mercedes attempted to give its new SUV an upscale feel and a more carlike ride, both of which have improved over the years.

Mercedes has also invested a lot of effort in improving the quality of the M-Class. Due to the fact that it was built in a new plant, the SUV had a number of quality issues in its early years and soon gained a reputation with some drivers that was not completely positive. Some complained about quality and reliability issues. Parts often failed quickly, and the fit and finish of the vehicle was not what drivers expected from a Mercedes.

Most of those issues were resolved with the second-generation M-Class, which debuted in 2006. The new M-Class was longer (by almost 6 inches) and wider (by almost 3 inches) than the first-generation version and featured a more fluid design, which brought it closer in line with drivers' expectations.

Today, the M-Class includes the ML350 and the ML550 (which replaced the ML500), as well as the diesel-powered ML320 CDI and the high-powered ML63 AMG, which features an impressive 503-horsepower V8 engine and body styling by AMG, the in-house tuner for Mercedes. In addition, the M-Class vehicles can be equipped with Mercedes' 4Matic all-wheel-drive system, which provides improved handling, stability, and traction in all types of driving conditions.