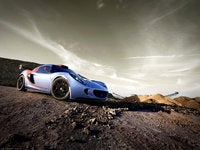 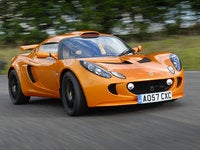 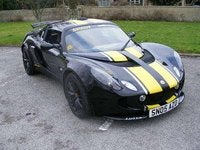 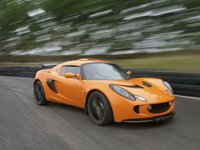 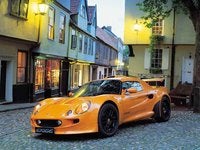 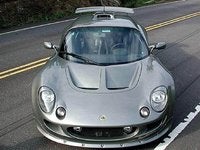 Here's what Lotus has to say about their cars, "A Lotus will provide a pure and unparalleled driving experience and a platform that will allow you to be fully involved while you build your driving skills." They say it's not a car but a "precision instrument that you will use in your quest for the perfect drive." Wow. Now that's confidence in one's product.
And when their product looks like this, how can they not be confident? As the coupe version of the Lotus Elise roadster, the Exige is beautiful and sleek, with everything it needs and nothing it doesn't. The first Exige was built in 2000 with various characteristics that distinguished it from the Elise. It features a rear spoiler, a split intake, and broader arches at the wheels.
The Series 2 Exige rolled out in 2004, and then the next year a limited edition supercharged Exige 240R was released; these rare cars came only in Lotus' signature colors, black or yellow. With their 1.8-liter Toyota engine, they are capable of 0 to 60 in 3.9 seconds, reaching a maximum of 155 mph.
The left-hand drive 2007 Exige S for North America became available in 2006. Now its exotic beauty will be easier for Lotus enthusiasts to get their eager hands on.