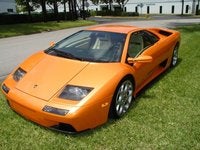 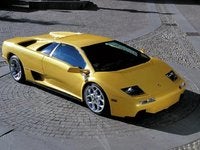 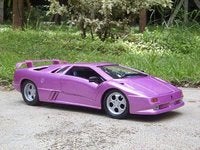 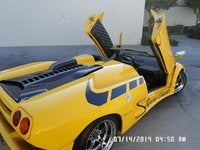 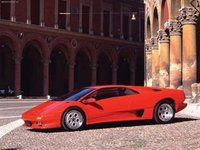 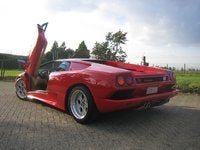 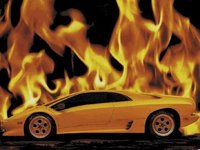 what is the size of the OEM wheels for the 92 Diablo? If you know, please include offset as well. thanks!

Any Body Know About The Engine??

In need of some fresh blood in its sports car lineup, in 1990, Lamborghini introduced the 2-door Diablo as a replacement to its highly popular '80s icon Countach. Designed by Marcello Gandini, the brains behind both the Countach and the legendary Miura, the Diablo retained many of the same characteristics, including the aggressive, aerodynamic body shape and the gull-wing doors. But under the leadership of Chrysler, the extremes were softened a bit both inside and out to make it more accessible and comfortable.
The first Diablo featured a 5.7-liter, 429-hp V12 engine, hitting 0-60 in four seconds. It had front and rear spoilers, more subtle side intake scoops, and sat on 17-inch wheels, but was just as wide and low-slung as the earlier Countach. Visibility out the rear and side windows was much improved, however. The leather seats could be custom-sized, and both the steering wheel and dash were adjustable.

To expand its target audience, the Diablo gained all-wheel drive in 1993 with its VT model, which also added power steering and a variable suspension. Set in manual mode, the driver could adjust the suspension according to road conditions. A roadster was added, as was an SV sports package that boosted the horsepower to 510 and included bigger brakes. Many special edition Diablos popped up throughout the years, with customized themes. Eventually the VT received long overdue ABS brakes and an innovative new dashboard designed as a long strip of glass on which information would pop up.

The Diablo got faster and faster, hitting 530-hp in 1999 with the Diablo ST, and eventually reaching 550-hp in the 2000 VT. This new Diablo got a complete makeover, with restyled front and rear ends and air intakes. The SE30 anniversary limited edition came out in 1993 to celebrate Lamborghini's 30th year, and a purely racing-only 1999 GT was billed as the fastest car in the world, at 575-hp. The Diablo was one of Lamborghini's most popular cars, along with the Countach and Miura. It was discontinued in 2001 as Lamborghini prepared for another revitalization with its brand new Murcielago.