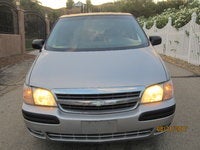 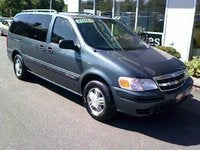 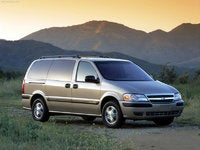 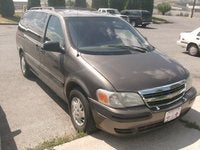 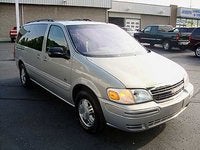 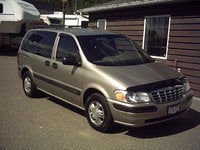 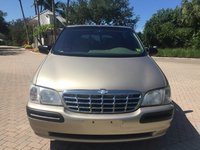 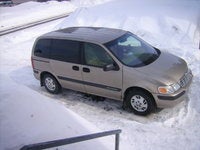 Where Is The Negative Terminal On My 2003 Chevy Venture?

How Do I Program Interior Lights

Hub Assembly- Does The Humming Sound Gradually Get Louder If The Wheel Bear...

Humming sound is gradually getting louder on right front wheel.

Have A 2004 Venture. Tech Says My On Again/off Again Warning Lights For Al...

Have a 2004 Venture. Tech says my on again/off again warning lights for all types of problems is most likely the main computer. Doors and locks going haywire. Horn blowing by itself. Lights not wor...

The Chevrolet Venture was introduced in 1997 as a replacement for the unlamented Chevy Lumina minivan. Its steeply raked design wasn't to everyone's taste, but drivers praised its roomy interior, comfortable seating, and ease of access to the passenger cabin, thanks to its innovative dual sliding doors.

Two bodystyles were offered: a standard 112-inch wheelbase and an extended-wheelbase version that stretched to 120 inches. Various trims were offered through the years, ranging from no-frills basic models to high-end packages with luxury touches and media centers.

Although the Chevy Venture was targeted at drivers looking for comfortable family transportation, a combination of the SUV revolution and the uninteresting design of the van itself meant that it never quite caught on. Nor were its other GM incarnations (the Oldsmobile Silhouette and the Pontiac Trans Sport, later the Pontiac Montana) more successful. The Chevrolet Venture was discontinued in 2005 and replaced by the Uplander.