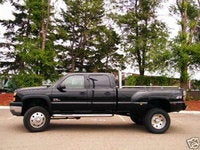 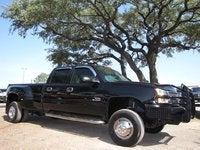 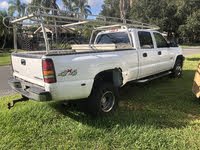 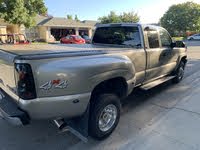 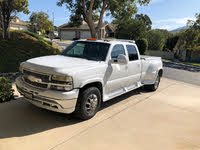 How Are The Chevy Silverado 2020 Doing?

I have a 2009 Chevy work truck 3500 two-wheel drive 6.0 l gas motor automatic transmission single cab what rear ends will work for this is it limited slip is it not and oh yeah it's not a dually ...

When I Turn My Headlights On My Brake Lights Turn On As Well?

Searched For: When I Turn The Headlights On The Brake Lights Come On To 1998 Chevy Silverado 3500

So my truck I got recently normally runs at 210°. I use it for firewood and it has a 12 ft bed on it. When driving around with a full load on it, it stays at this temperature, but when I run the tr...

How do you know if your 1992 Chevy Silverado 3500 4x4 pickup has sealed beam headlights. I want to buy new headlights for my husband for Christmas. Thank you

Whether conveying images of sturdy dependability (Like A Rock) or implying that it is our patriotic duty to purchase a pickup (This is Our Country), the Chevrolet Silverado has always portrayed itself as a symbol of America itself -- a tough, rugged, reliable workhorse that always gets the job done.

The name Silverado existed only as a top-end trim on the popular Chevrolet C/K pickup trucks from 1975 until 1999. In 1999, along with its platform-sharing twin, the GMC Sierra, the Silverado became a model in its own right, though its one-ton version, the 3500, still existed as a C/K trim until 2001.

As part of a three truck offering (with the 1500 and 2500), the Chevy Silverado 3500 represents the heaviest, and at one ton it can tow up to 16,700 pounds. The entire Silverado range is Chevrolet's best-selling vehicle and is the number two overall best-selling vehicle in the country. The Silverado 3500 has always been sold with either rear-wheel drive or two types of 4WD, in a 2-door Regular cab or 4-door Crew and Extended cabs, all with a long 8-foot bed. There are three V8 engine choices, including a Duramax turbodiesel, which was recently boosted to a 6.6 liter pumping out 360-hp. The other V8s put out 300 and 340-hp. Depending on the trim, these are matched with either three types of automatics (4, 5, and 6-speed) or a 5 and 6-speed manual transmission.

The Silverado 3500 beats out the competition in terms of engine power and hauling capacity. It has routinely earned designations as Best Pickup from Car and Driver and most recently was named the 2007 Truck of the Year by Motor Trend. From 2001 to 2005, it remained virtually unchanged, until a refreshening in 2006 which added more engine power and a few more features. Now available in four trims, all but the work truck are well-equipped with power features, power seats, OnStar, ABS brakes, and an optional front bench seat to expand seating to six people. In 2007, the 3500 will be offered as the heavy-duty HD or as the 3500 Classic.